The App-Aad application is considered one of the most famous and best Arabic applications, and this is proven by the numbers as it previously entered the list of the 50 most downloaded foreign applications, and stores in A large number of states. And here he is today able to reach a new achievement; The App-Back app has been used to download XNUMX million apps. 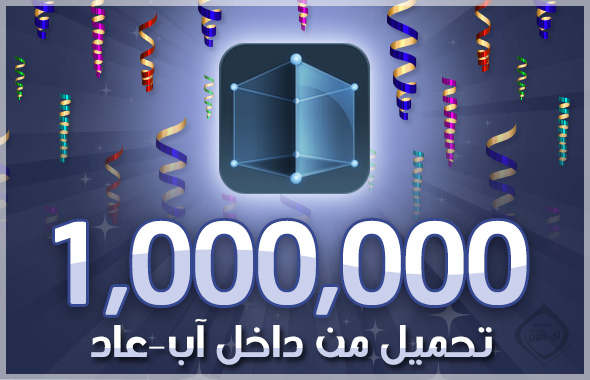 Today, we celebrate the arrival of the number of downloads through the App-Aad app, which has reached one million downloads, and this is a large number for Middle Eastern users, who represent approximately 83% of App-Aad users. The millionth number translates into a “million” decision to download an app that was made after watching the app in August-back, and that it guided users “a million” times toward an app they wanted. Here is the question: Why is App-Aad successful and loved and used by tens of thousands of users? 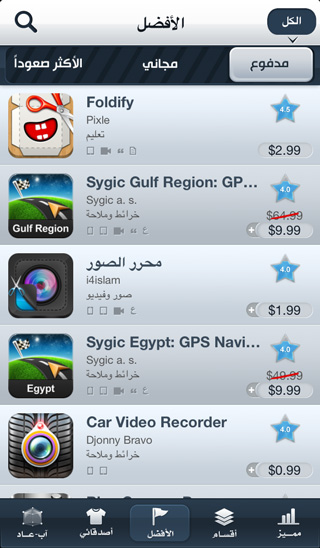 The reason for the success of any application has many factors, and the App-Aad application is different in nature from any other program you have. Other applications have constant advantages, and in order to get more, you have to wait. But with App-Back, the matter is different, it can increase its features without the need to release a new feature. For example, the database is developing continuously. An example of this is when we recently added the "creativity" category, which includes great applications with unprecedented ideas, and this classification appeared to users without updating the application in their devices. 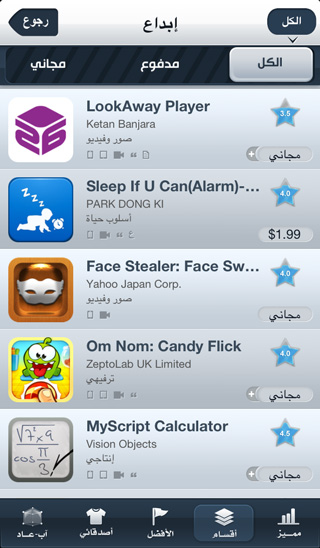 Also, the advantages of searching in August-back develop on a daily basis, so if you searched one day for an application with a specific word "in Arabic" and you did not find your intention and came back after days and searched with the same word, you will find the search results showing you the applications that you were looking for, there are specialists working daily to develop the search to become more accurate. This feature of course is added to the ability to search in Arabic, colloquial and English even if there is a correction for spelling errors, the presence of unprecedented sections, especially Islamic ones, displaying Arabic profiles, watching an explanatory video in the applications, getting offers with lower prices for distinctive applications, reviews of the most famous applications, and other Advantages of App-Back Thousands of people know and use it daily. 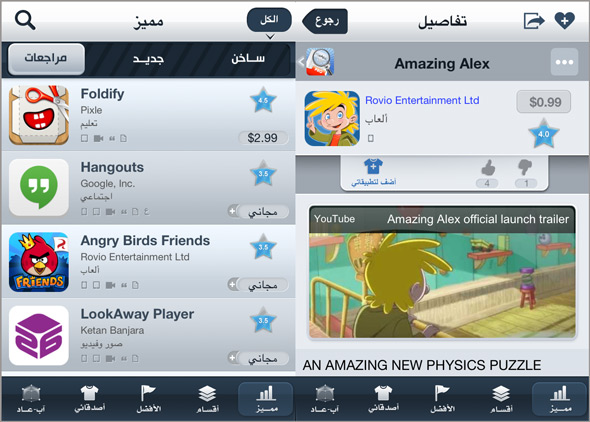 There are also advantages that you may not feel that they are designed to make your experience with the application better, more comfortable and enjoyable. In addition, there are hidden efforts that help the user to obtain the best performance and user experience. Where we work to solve user problems quickly, for example, App-returned works on its own servers, and any application that connects to the Internet shows problems even Apple applications themselves, but this picture shows how the errors that occur to users with the passage of time until it became AP It competes with global applications in the scarcity of problems and faults.

There is still more App-back, and we are working on a major update that will add iPad support and a lot of advantages, God willing. And remember, you don't need an update to get more useful app-back, you just get it and it increases every day.

Special thanks to you from the App-Aad and iPhone Islam team for their support for “App-Aad” which led him to these accomplishments, and we hope that you will tell us what you want to see in the upcoming updates of the application so that App-Aad continues to be the first Arab user application.

What is your favorite feature of August-back? Do you rely on App-Back to discover new applications?