Although many have moved from the Touch ID fingerprint to the Face ID fingerprint in the latest iPhone models, there is still a larger segment that uses the fingerprint supported by iOS 12, from iPhone 5s to iPhone 8 Plus. You can only register up to five fingerprints. But there is a trick that may not be known to you, you can use all XNUMX of your fingerprints! You can even use five fingerprints for yourself and five for someone else. How is that?

Apple hasn't announced a trick to double the number of fingerprints you can store with Touch ID, possibly because it's not an actual feature. But it may be of benefit to you, as you may need to use any finger at any time, especially women while preparing food, cooking or otherwise. 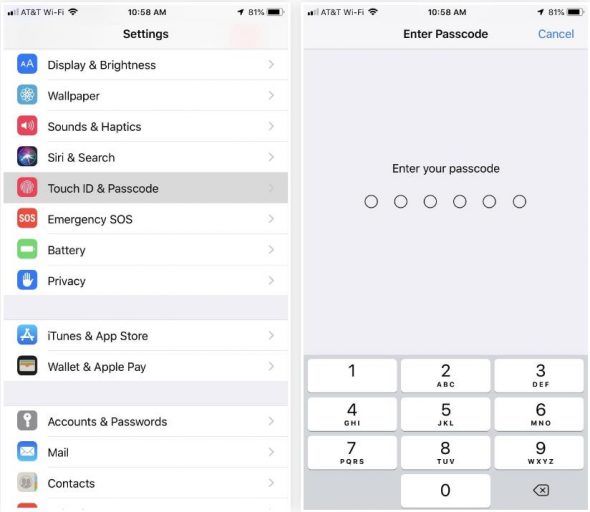 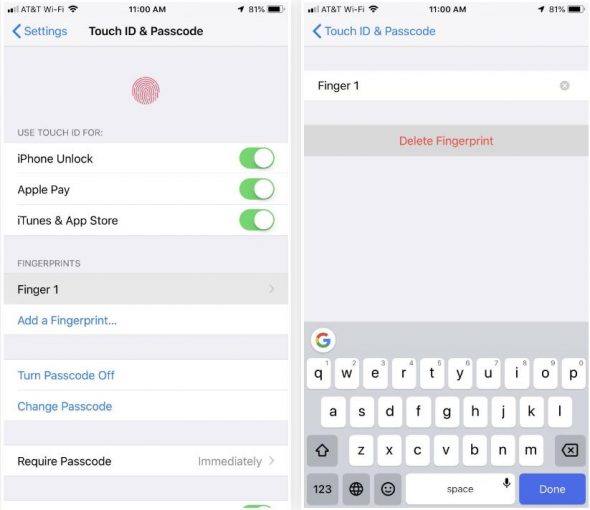 When the fingerprint of one of the thumbs is the main fingerprint, it is preferable to keep it in one slot to prevent any accidental defects, and then add eight other fingerprints to use any of them at any time. 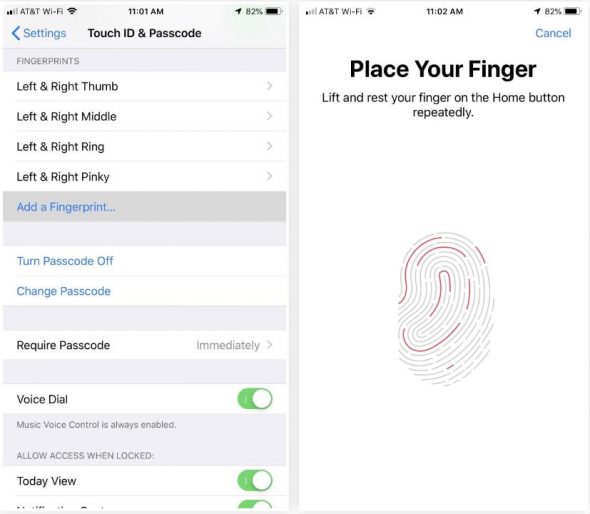 ◉ To start a new scan, click "Add a fingerprint". And if you don't have any fingerprints stored, you'll get a screen with instructions. If you have already registered your fingerprints, you will be taken directly to the “Place Your Finger” screen to start directly.

Register two fingerprints together in one place

Register your fingerprint in the first stage, at this stage the focus is on the bottom of the finger, in the meantime, move your finger a little to record its edges. And when the system gets enough information for the fingerprint, press Continue, and you will be taken to the second stage of fingerprint registration. At this point, register your second fingerprint and slide it up and down, just like the first. Then tap Continue when done.

In this method, you can switch between the two fingers during the fingerprint registration process until it is finished. Thus, I added two fingerprints in place of one fingerprint.

After you finish recording two fingerprints of two fingers in one place, you can name them as you want, for example, "the left and right pinky, the index and middle finger, and so on, so that there is no interference on you." 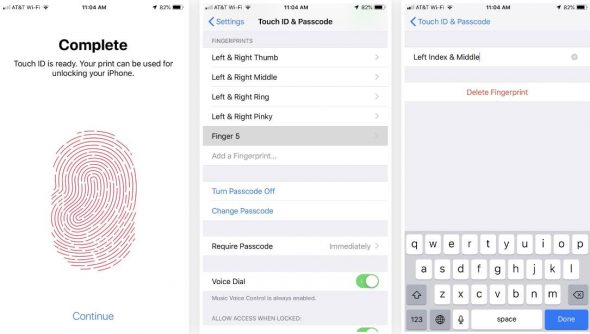 So you can use any of your fingerprints on Apple Pay, auto-fill in passwords, and install new apps. And since the iOS system may not have a complete picture of your fingerprints, "The registration was actually about half a finger, it may not be accurate."

What do you think about this trick? And did you know its existence? Do you think it is useful to you? Let us know in the comments.