Last month, I was with a friend of mine to fix something in his car and I asked him to light the searchlight on his iPhone 6, and he did so, and the lighting intensity was weak, so I asked him to increase the intensity of the lighting, so he asked me how! Then he was surprised that there are shortcuts for this. Looking at these shortcuts, I was surprised that a large number of people who have phones that do not have 3D Touch do not know that there are long-touch shortcuts in the Control Center. So we present this article to explain it. 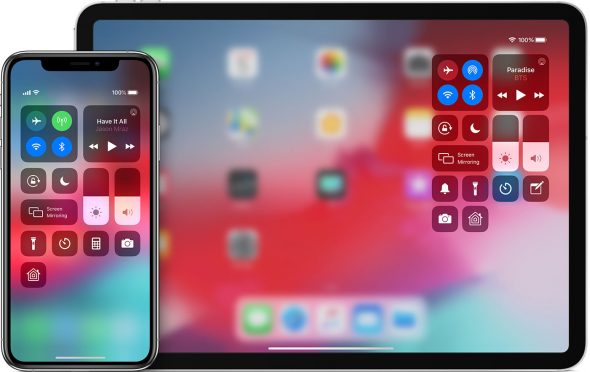 This article and these advantages are done through prolonged touching on iPhones before 6s such as 6 or 5s or even SE and Xr, as well as all iPads. If your device supports 3D Touch, you will of course find these advantages and more. However, we make it clear here that what is mentioned works even on the oldest devices.

When you open the Control Center, it appears in front of you in the traditional way that we have known for years, and you can choose what appears in the settings according to your usage 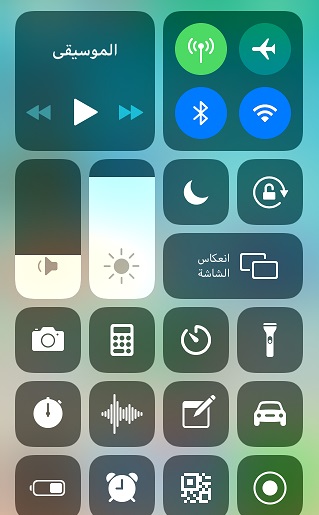 Now with a long touch on each element, the advantages of the properties appear, for example the section on network and Wi-Fi shows you the options to add, which is the personal hotspot and the Air Drop feature. 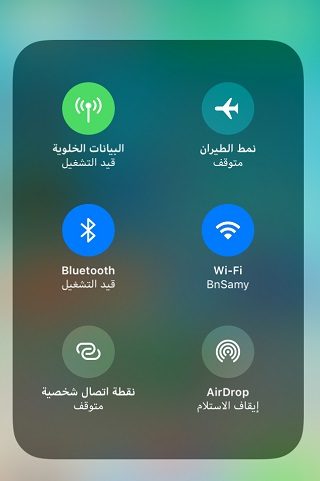 Long touch on the screen brightness icon enlarges for better control, and also shows you the option to activate and deactivate Night Shift. 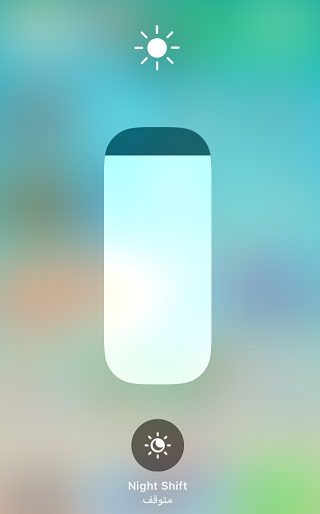 A long touch of the camera icon gives you the ability to directly jump to shoot a selfie, video, or scan a QR code 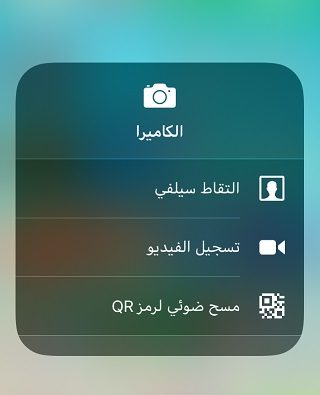 Touching and holding the timer icon gives you the ability to set the length of time directly without the need to switch to the app. 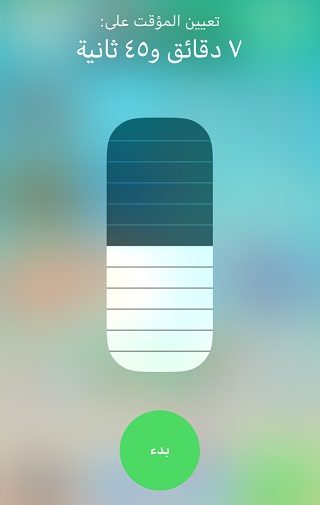 Do not disturb icon. Long touch it gives you additional options, which is to turn it on for 1 hour or until evening, as well as another option that does not appear in the picture, which is to activate it until you leave your current location. This shortcut is exceptional and strange because Apple does not give you anywhere else the ability to activate the feature for an hour except in this way. 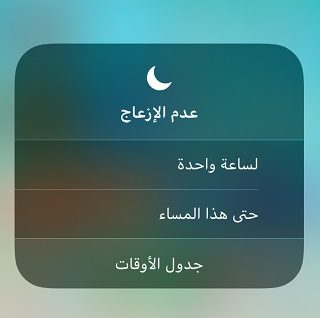 The feature that was the reason for writing the article. The flashlight when touching it gives you the ability to choose the intensity of light, which is a 4-level gradient. 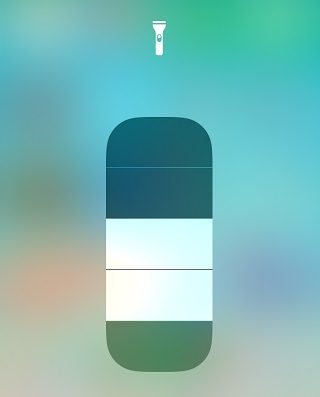 AA icon On long touch you can control the text size on the device. 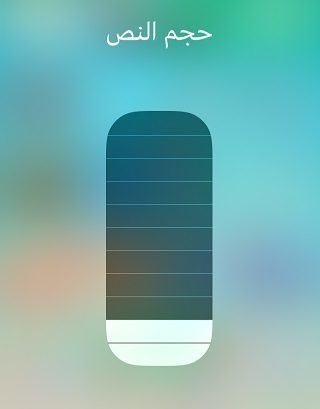 If you are someone who uses Apple TV, touching long on its icon can control which devices you are broadcasting to. 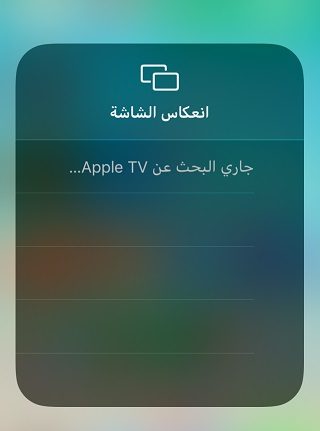 Long touching the music box gives you the ability to control it and another important point, which is the icon that appears on the top left of the next picture, that enables you to select which audio is transmitted, whether the phone or bluetooth speaker if it is connected. 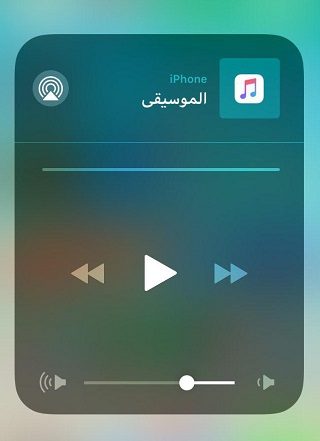 Notes also extended touch to it gives you several wonderful options as follows: 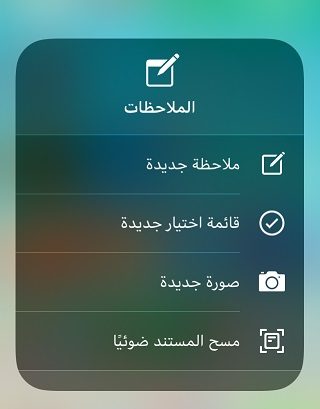 Screen Recording Icon is perhaps one of the most popular icons; Its prolonged touch gives you another great option, which is whether you want the recording to take place without sound or the microphone works to record the sound. 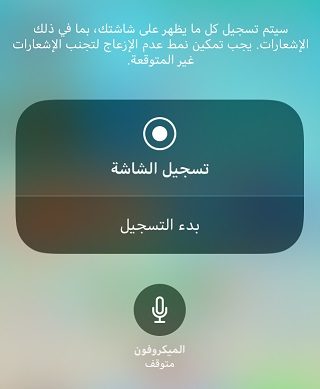 You can try it yourself and get to know the advantages in detail, but the question remains; When Apple introduced the XNUMXD Touch feature, some said that it could provide extended touch advantages as an alternative, but it rejected this. "Jailbreak tools offer similar things and Google offers it in its extended touch system." Apple has already used the feature and succeeded, so why didn't it present it as an alternative in the rest of the system? Google, as we mentioned, provided the example and it succeeded, where prolonged touch shows advantages, and as soon as you move, the option to delete appears.

And remember that Apple in the iPad offers the option of prolonged touch in some system applications, for example, the Books application, when touching it in length, it shows you a pop-up screen as if you have a 2013D touch, and the following image is from the two iPad Air XNUMX version. 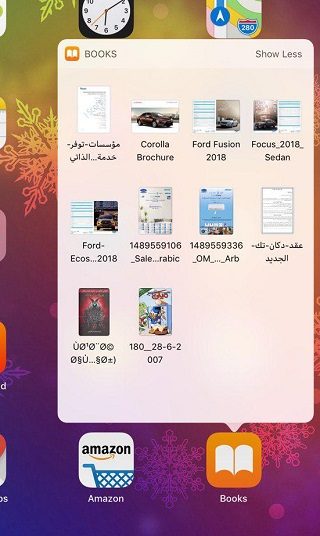 Did you know the long touch shortcuts without 3D Touch? And in your opinion, Apple did not expand the feature for marketing or technical purposes? Share your opinion in the comments