Apple last updated the iPad Mini in March of 2019, introducing it with the revolutionary A12 Bionic processor at the time, in addition to other improvements in terms of performance, the Retina screen, and Apple Pencil support, but what next! It's been more than a year and a half, so when will we see the iPad mini 6? Do you want to know when (if expectations are correct) Apple will release a new iPad mini? Here we collected most of the leaks and rumors about the release date, design, new features and technical specifications of Apple's next pocket tablet. 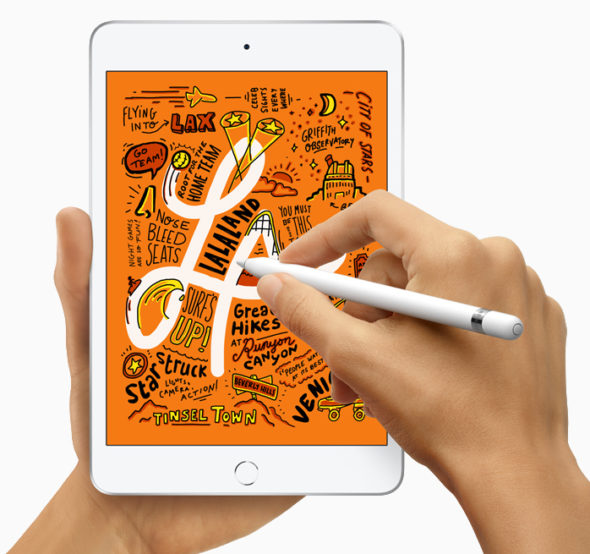 Are we going to wait too long this time?

It has been more than a year now since Apple last updated the device. Before that, there was a greater waiting period, as the fifth generation iPad mini was released as part of Apple's “March Madness” week, and the 2019 model was the first update of the smallest Apple tablet since September 2015, after nearly three Years and a half, a long time! is not it??

The iPad mini has always had a wide fan base because of its small size, especially after the 2019 update, at that time the iPad mini became the best value (somewhat) in the market, as it was better equipped than its larger relative, the standard iPad (seventh generation). And significantly cheaper (albeit with a larger screen) and until the release of the new standard iPad (330th generation) last September. But now the choice has become difficult, as the eighth generation iPad is priced at $ 400 compared to $ 10.2 in the Mini with a screen of 7.9 inches, not XNUMX inches and has the same processor (but it is less in the quality of the screen and the front camera) 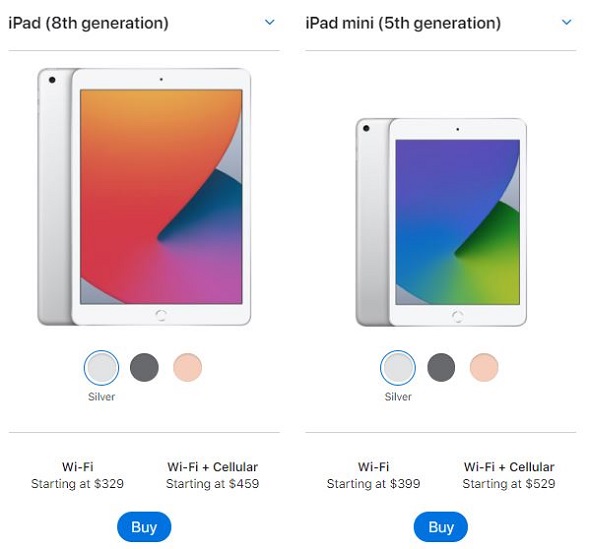 When will the next iPad mini appear?

Will there be another iPad mini? Yes, we think so but it's hard to predict when.

IPads don't have a regular and reassuring release schedule like the iPhone, and predicting the mini product line in particular is (relatively) more difficult than predicting the rest of its siblings than other models. 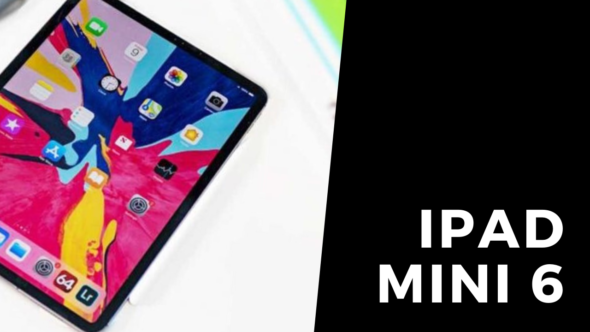 The following are the timing of the release of the iPad mini of all previous generations:

As noted, Apple kept a specific schedule at the beginning, but the iPad mini in 2019 was much late in issuing it until many “bitten apple” fans had worries. Will Apple give up this beloved device?

We had thought for a long time that Apple would return to its appointments again, and the iPad mini 6 would be announced at a conference. October 2020. But this year since its inception has been completely unusual (and on all levels, not only technological ones), and it seems that Apple has taken its share of this instability, and instead of issuing a new iPad mini, the word "mini" accompanied another device that took its share from a month October with the iPhone 12, a "HomePod mini" 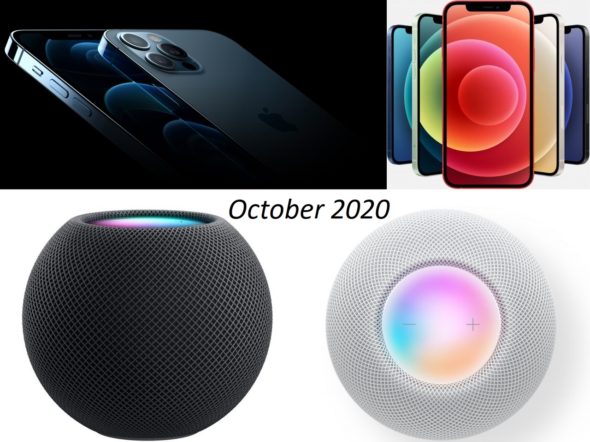 It was previously usual that the iPad mini was announced with its companion the iPad Air, but Apple violated expectations (as usual) and this did not happen in Last September Apple announced the new iPad Air for 2020 at the Time Flies event, along with other new products: 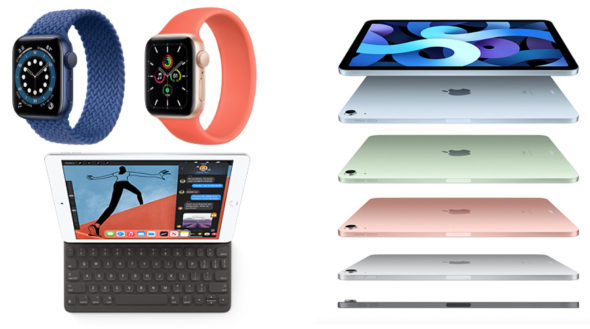 What about the upcoming Apple event?

The upcoming November 2020 event (if predictions are correct) is expected to focus on the Mac computer, so it is unlikely that we will see a new model of iPad mini this year. This could allow Apple to prioritize new iPads in 2021, as the sixth-generation iPad mini joins a new generation of iPad Pro models.

Can we not see a new iPad mini?

I doubt it! Things may look a little bad for the fortunes of the mini before the release of the fifth generation in 2019, but it is clear that Apple values ​​well its smallest tablet. Will there be an iPad mini 6? The future may be a little unknown, but I think that there will be a new generation of this practical and fun device; In general, if the Apple iPad mini updated, it would be the beginning of 2021 and not now.

Design, what will the new iPad mini 6 look like?

When the last iPad mini was released in 2019, it was noted that Apple maintained a monotony in almost every detail of the exterior, and there are obvious reasons for sure, because if both the iPad mini and iPad Air received a design similar to the iPad Pro 2018 models (and we mean here of course the blank screen From the home button), this would have immediately made those expensive devices “and I mean here the Pro” less special.

But now that the iPad Pro 2020 is launched, Apple's position will likely change, and since they have other exclusive features (dual-lens cameras and Magic Keyboard compatibility) to distinguish these products from each other, it is clear that it will be a relatively quiet update and I think Apple will release iPad mini has the same design as the Pro version. 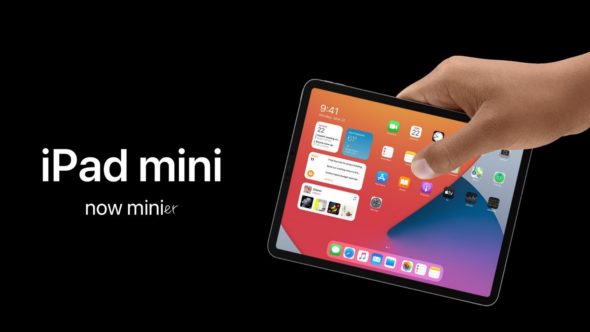 If the iPad mini loses the Home button, we can expect Face ID technology to be added as part of the new update. Apple still does not show any intention to insert a fingerprint sensor behind the screen of its mobile devices, and even if that happens, it will be applied to iPhones or premium iPads first, exactly as we have seen what happened with the new iPad Air in terms of adding a new fingerprint sensor. With the main power button.

By the way, there were and still are some doubts about Face ID technology on the iPad, because tablets are not carried in the same way as in smartphones, and for the larger iPad Pro as an example of this, I often have to bend forward over the desk to get the sensor of the Face ID takes a good shot of my face to unlock the device. But this (minor) hitch will be overcome with the lightweight and portable iPad mini. 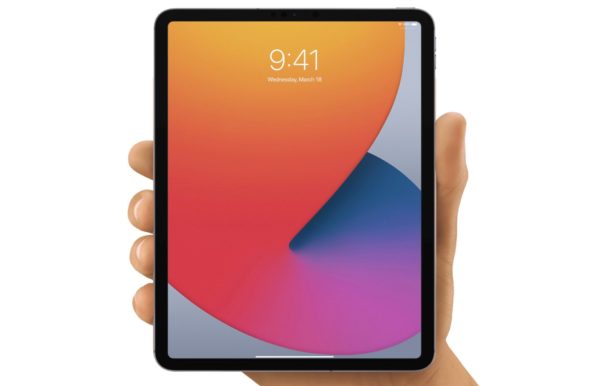 I doubt the "alleged" compatibility of the iPad mini with the wonderful second-generation Apple Pencil, and this will not reach the new generation of it, for reasons already talked about. The first-generation Apple Pencil has remained exclusive to the Pro model for two and a half years, and by the fall / winter of the year. 2020, the second generation will be “also on the Pro models” for two years. It is not possible to predict when the new iPad mini will be with us, so I doubt its support for Apple's second-generation stylus. 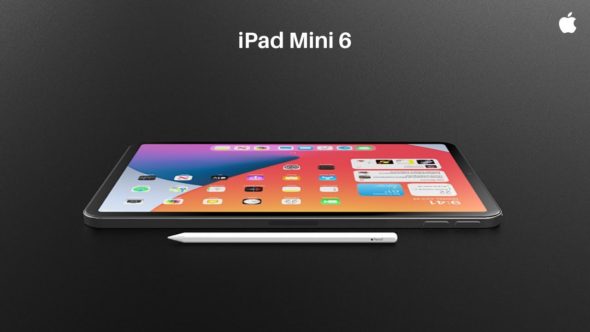 In general, when anticipating the features of the next iPad mini, it should be borne in mind that Apple always wants to introduce new features that are exclusive to the Pro devices first, then transfer them to the iPad Air and then to the mini, so the Super Retina screen looks like OLED. Not likely at this point. But we expect the ProMotion screen technology for Pro tablets to arrive on iPad mini in 2021.

In terms of specifications, the path charted and likely for the iPad mini is a gentle incremental improvement, not a revolutionary overhaul. Here's what I expect to change:

Healer
IPad mini will get an A13 processor, as a start. Some engineers at Macworld US predict an efficiency of 7 nanometers, but they speculate that this could be in an improved version, leading to improved chip efficiency and more energy savings.

We do not believe that mini will be qualified enough to obtain the "revolutionary" A14, and it remains the best for the best and most widespread of course, which is the new "12" iPhone. And with the issuance of a close relative of mini, the iPad Air with the A14 processor, we wonder if Apple will think of mini getting the A14! 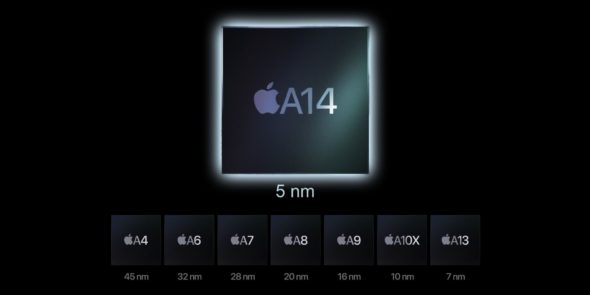 the screen
Apparently, as Ming-Chi Kuo, an analyst with many years of experience covering Apple news and forecasts and a reputation for accuracy, predicts that the iPad mini will jump in screen size from the current 7.9 inches (really not just the current one). In fact, all five iPad mini models have 7.9-inch screens (they will jump to 8.5 inches or 9 inches in some expectations, but I suspect this last number is a little exaggerated.) 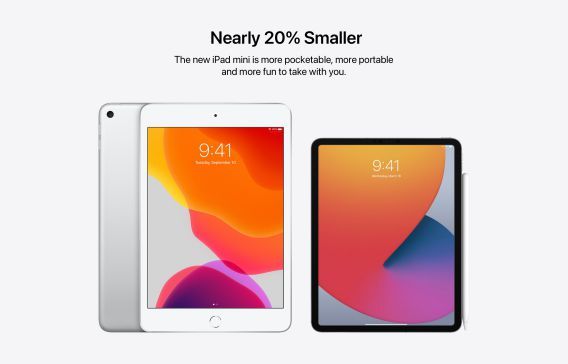 It is unlikely that the size of the RAM will change after the noticeable improvement in the mini version in 2019 (from 2 GB to 3 GB). But the rear camera may get some attention, as it is stuck at 8 mega-pixels for the past two generations. IPad mini is portable enough to be a handy camera when needed, and 8MP puts it in the darker side these days compared to its competitors.

Apple may also upgrade its mini speaker to quad speakers, something that has been introduced on the Pro iPad models since 2015.

At the Apple WWDC 2019 conference, the iPad operating system received a lot of attention. In fact, all Apple tablets now have their own separate operating system, so instead of the same iOS for the iPhone and the iPad together, the iPad has a dedicated version called iPadOS. 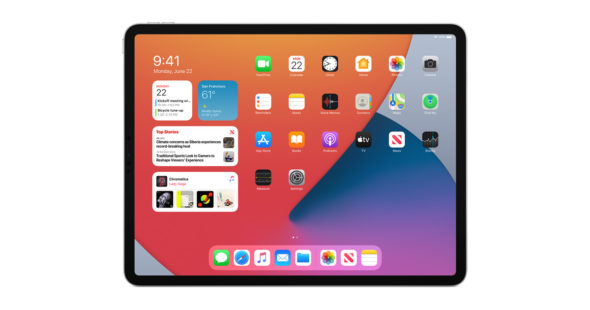 If a new iPad mini is launched in 2020 or even early next year 2021, it will of course come with iPadOS14, which is currently available and which was unveiled at the Apple WWDC Developers Conference this year 2020. iPadOS 14 adds many features that we all tried on the iPad and the result was amazing from There are better ways to access all your apps, bring a widget to the homepage, and a whole lot of other great features.

What do you think of these rumors? Do you want a smaller iPad mini or the same size but with a bigger screen? Let us know in the comments!

The author of the article: Engineer Samer Abdel Wahab and Wahib