Apple is developing an alternative search engine for Google and the iPhone 12 screen does not bear the scratches, and Alphabet's stock has declined due to Apple and Samsung removing the charger from the Galaxy S21 box and other news on the margin.

Apple is developing an alternative search engine for Google 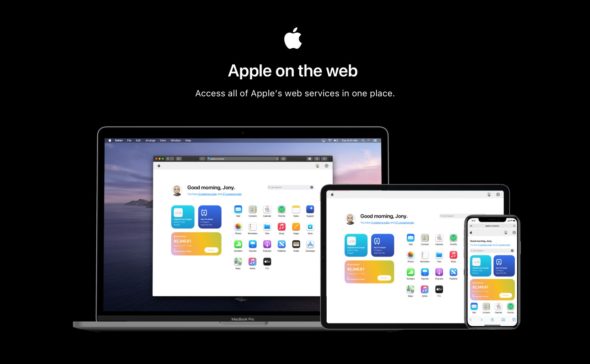 In light of the never-ending antitrust lawsuits, mainly involving Google, Apple and Amazon, and after lawmakers prepare to go after the first of them, "Google", Apple is looking to enter the vacuum created by Google, according to the Financial Times in a report that was published. Yesterday, he stated that Apple is "intensifying its efforts to develop its own search technology." The report cites a feature in iOS 14: an internal web search called Applebot, which displays web search results within the search pane of the Today or Today view.

This enhanced feature now shows suggested websites as well as autocomplete suggestions similar to those seen in Google. Previously, this functionality was limited to previously accessed Safari Pages, App Store, Siri knowledge, and items inside Files, Reminders, Mail, and other apps. It still lacks a functional search engine that can rival Google.

The reason for search independence may be a result of Google's potential problems with monopolistic regulators around the world, who continue to accuse Google of a monopoly. It is known that Google pays Apple a large sum Between $ 8 billion and $ 12 billion annually to be its default search engine on iOS and macOS, these payments may be threatened if the authorities take action against Google.

Suggestions and concepts have been submitted to the Apple search engine, including that it will be a center for Apple services. Through this hub, you will be able to access all of your Apple ID services. Also, easy access to iCloud services, Apple Card details, Apple Music, Apple Store, and more. Perhaps most notably, there will also be new Siri Search capabilities. According to a photographer provided by Parker Ortolani.

The screen of iPhone 12 does not bear scratches 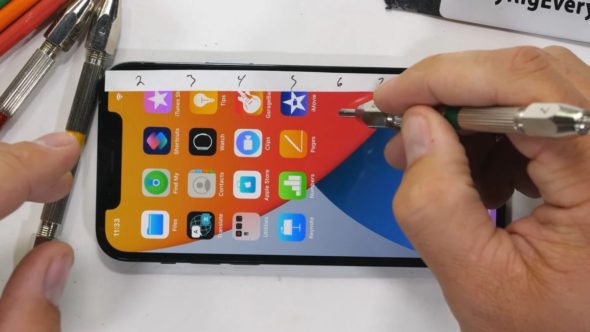 In a strict test, it was reported that the iPhone 12 is subject to scratches, despite its OLED screen with a new material technology that Apple calls Ceramic Shield, but this supposedly helps with more tolerance for falling, and Apple did not say anything about scratch resistance.

JerryRigEverything's YouTube channel ran a hardness test (Mohs) on the iPhone 12 Pro and came to the conclusion that the screen could be scratched by any hard tool stronger than it. The result was a level 6, light but visible scratches, and 7, which is deeper, and the channel had conducted the same test on iPhone starting from 11, and the results were at level 6 as well. This also applies to iPhone XR and XS Max. It is the same level as the Samsung S20 Ultra and Note 20 Ultra in showing scratches with its Mohs 6 hardness level. The bottom line is that the new ceramic shield only protects against drops more than before. Watch the video:

Apple is inviting macOS developers who are part of the Universal App Quick Start Program to join its engineers in private labs next week. The program is intended for developers who have access to the Developer Transition Kit in order to set up applications for Apple Silicon.

Last June, when Apple announced the transition from Intel processors to its own Apple Silicon on the Mac, the company introduced a dedicated Mac mini with the A12Z chip to some developers. These developers were able to set up their apps for Apple Silicon Macs even before this new device was available to the public.

Now, the same developers are invited to individual labs with Apple engineers so they can learn more about how to prepare apps for the Apple Silicon platform on the Mac. Developers who have the Developer Transition Kit can request an appointment with Apple until November 1 at 5 PM US time. While the laboratories are scheduled to be conducted on November 4 and 5.

Although the company has not cited any specific reason for the labs, there are rumors of a special event that will take place sometime in November where the first Apple Silicon Macs will be officially announced. Apple wants developers to have apps ready for the new Macs as soon as they become available in a few weeks. 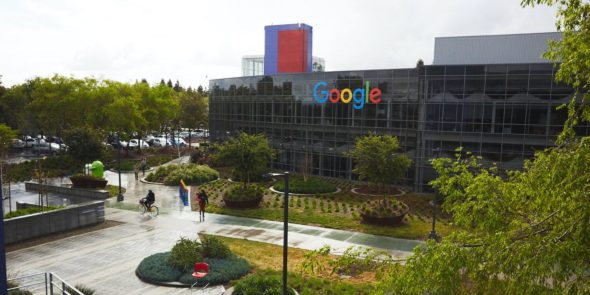 As a result, investors are concerned about one of Google's most important businesses, and the Ministry of Justice estimates that nearly half of Google searches come from Apple devices, and this could pose a major risk to Google. 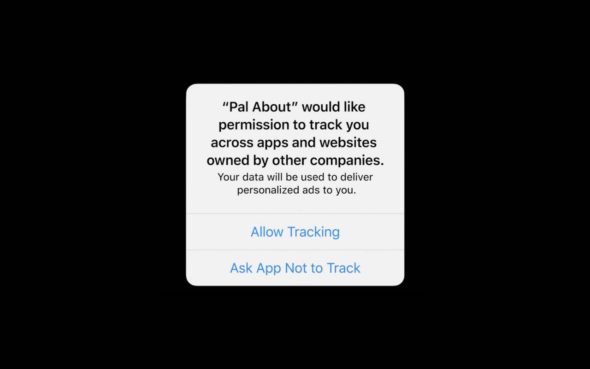 Starting early next year, iOS 14 will require apps to obtain permission from tracking users to collect Random Ad IDs, which advertisers use to serve personalized ads and track the effectiveness of their ad campaigns.

Prior to this change, the Wall Street Journal reported that advertising companies and publishers had filed a complaint against Apple with France's competition authority, arguing that the improved privacy measures would be non-competitive.

According to the report, the complaint alleges that crafting the permission prompt from Apple's “Track or Not Permission Window” would lead most users to refuse to track their device's advertising ID, which could result in lost revenue. In August, Facebook warned advertisers that the claim could result in a more than 50 percent drop in publisher Audience Network's revenue.

In a statement, Apple reiterated its belief that "privacy is a fundamental right," adding that "user data belongs to them and they must decide whether to share their data and with whom." She said her data collection is not considered tracking as it does not share data with other companies.

Apple has already delayed introducing the router until early 2021 to give developers more time to make the necessary changes. In a statement in September, Apple said the claim would be presented on an application-by-application basis.

Meanwhile, users who do not want apps to be able to access their device's advertising ID can go to Settings - Privacy - Tracking, and turn off “Allow apps” to request tracking. 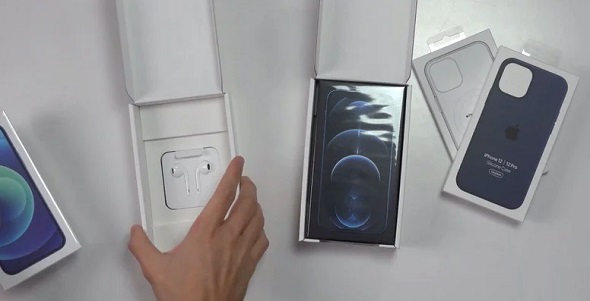 Analysts seem optimistic about Apple's fourth-quarter 2020 earnings report tomorrow, despite the fact that it won't include any significant iPhone sales this year.

Apple is supposed to announce its fourth-quarter earnings today, from July to September. Last year, the fiscal quarter included initial sales of the iPhone 11 and 11 Pro, which went on sale on September 20. This year, the iPhone 12 did not go on sale until the next quarter, with two models coming in October and two more in November.

The analysts' consensus, though, is that revenues will be flat at around $ 64 billion, which is the same as last year.

It is possible that they believe that the loss of iPhone sales during the quarter will be offset by the continued increasing demand for MacBooks and iPads due to the epidemic. This was a factor that Apple admitted in July.

“Working and studying from home means that people are buying Mac and iPads to facilitate this,” said Luca Maestre, Chief Financial Officer.

“It is clear to us that our products are closely related to the lives of our customers and that the epidemic has made them more relevant than ever. Working from home and learning online, both ways is beneficial. ”

CEO Tim Cook echoed this in an interview with Bloomberg, "saying the pandemic has likely boosted iPad and Mac sales due to lockdown rules and increased distance learning."

Without the higher profit margins from the iPhone 12, Wall Street expects earnings per share to drop to $ 0.71 from $ 0.76 last year.

We have to wait to see the validity of these decompositions after three months before we see the impact of sales of the iPhone 12.

In the footsteps of Apple! Samsung may remove the charger from the Galaxy S21 case 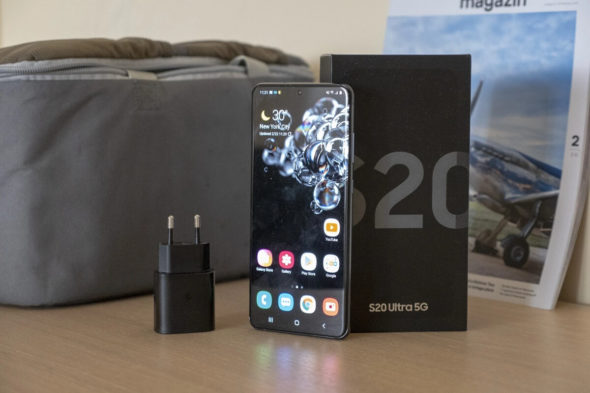 In a shocking report for Samsung device users, the Samsung Galaxy S21, which will be released in 2021, may not include headphones or a charger in the box, according to reports from Korean media sites.

When Apple announced that it would not include the headphones and charger in the box with the iPhone 12, Samsung wasted no time using social media to mock it. This is nothing new to it, as it has a long history of mocking Apple, so, it takes the same step. For example, Samsung also mocked the removal of the headphone jack from the iPhone 7 in 2016, before it followed suit with the 2018 Galaxy S8. 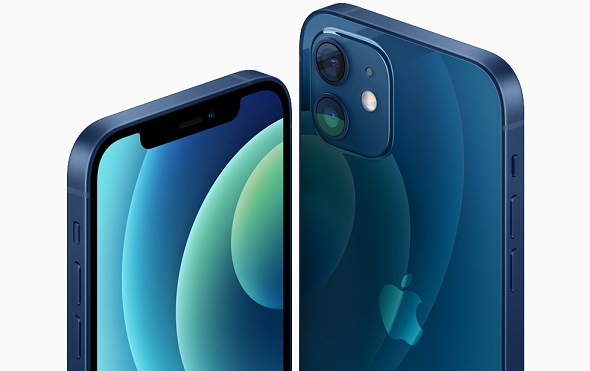 Apple announced "new ways to shop" for customers when the iPhone 12, 12 Pro and fourth generation iPad Air went on sale. This includes a heavy focus on consulting with professionals in direct and online stores, as well as special offers on payments.

The company’s official statement tells about “personalized buying experiences” when purchasing new products directly from Apple “without going through another retailer”.

Instead of letting customers know which model they are buying and what options they can choose from on their own, you can buy in a one-on-one chat session with a specialist online or directly, and choose the most convenient way to purchase products.

The iPhone 12 includes devices for wireless reverse charging, and the FCC menu hints 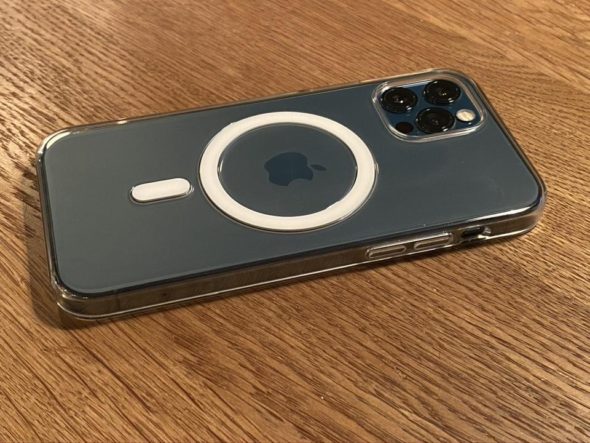 Evidence indicates that the iPhone 12 series may contain the devices required for reverse wireless charging, but Apple did not announce any reverse wireless charging during the presentation of the iPhone 12 launch on October 13th. However, there is speculation that it may unlock the feature via an OS update at a later time, but this is still unlikely.

The hidden feature was first spotted by an Apple expert, Jeremy Horowitz, who cited the FCC listing: “In addition to being able to charge with a wireless charger, 2020 iPhone models also support 360 wireless reverse charging functionality. Kilohertz for charging accessories ”. Later, Apple's Bloomberg expert Mark Gorman also followed Horowitz's claim by sharing the FCC's list on Twitter. Gurman speculated that the MagSafe reverse wireless charging feature on the iPhone 12 may be enabled to support Apple's AirPods.

Apple has stopped registering for iOS 14.0.1, and this means that it is not possible to return to this update and the option is only iOS 14.1.

◉ Apple has temporarily closed its Philadelphia store as protests continue over the cold-blooded killing of Wallace Jr. in front of his family by the police. The Philadelphia store is among a number of Apple retail stores that became targets for looting in May during the nationwide protests over the killing of George Floyd by police. Apple has yet to remove inventory from stores in high-risk areas. Watch the video:

◉ In a Bloomberg report, Marvell Technology Group Ltd. is close to a deal to acquire Inphi Corp, "specializing in producing semiconductor components", for about $ 10 billion, according to a person familiar with the matter, and Marvell will pay 60% of the stake in the purchase of shares. The rest is in cash.