We mentioned on Top Stories Last Thursday, there were leaked reports that AirTags were coming soon. In fact, the news about AirTags appeared for the first time in early spring of 2019, and when he mentions this device, it comes to mind that it is just a small thing that is attached to keys, wallets, suitcases, or things that may fall from you and if you lose them you can restore them again and as soon as possible through him, i.e. like Find My iPhone. Over the past months, some reports have suggested that Apple may still have some surprises, he mentioned the reliable leak @ L0vetodream Earlier, that Apple would release two different sizes of AirTags, this is apart from other reports that talked about patents that reveal that Apple's plans towards small devices are likely to have more ambitious functions than we expect.

What do we know about AirTags 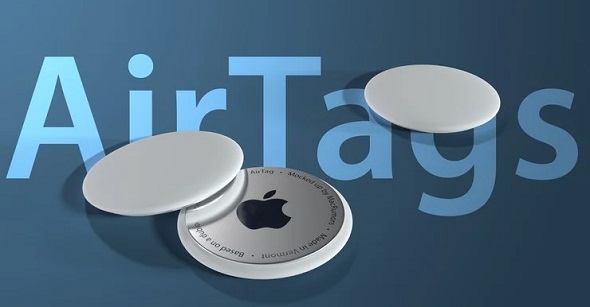 It was detected by people in Patently Apple, That important patents have been published regarding a future AirTags product, containing general and comprehensive details of this device. While it is unclear whether or not the first-generation AirTags, which may arrive soon, possibly next month, will include any of these ideas.

Patent applications start out with descriptions of much of what we already expected about AirTags:

◉ They are small, battery-powered devices.

◉ It can determine its location by sending a wireless signal that can be captured by other connected electronic devices nearby, such as the iPhone.

◉ The patent also describes the comprehensive "Find My" network that will consist not only of AirTags but also iPhones, iPads, Macs and other possibly third-party devices.

It includes other details described in patent applications

◉ proximity notifications, which not only can alert users when they are near AirTag, but can also be used to trigger other actions, such as viewing a building map or running home automation shortcuts.

◉ AirTags are expected to be durable enough to withstand water and other hazards.

◉ Able to emit haptic sounds or reactions to help users know when they are near it.

◉ When out of range AirTags are allowed to be located by other third-party devices by using "beacon" or "beacon" which are radio signals that transmit radio signals repeatedly to other devices near them, just like sailors looking for a beacon to see Their place. The nearby party will be able to see your contact information, and they can send you a text message or call you over the phone to let you know that your lost item has been found.

These patents are "huge", says Patently Apple, and contain hundreds of illustrations that not only show different designs for AirTags, but plenty of use cases that no one else has thought much of. 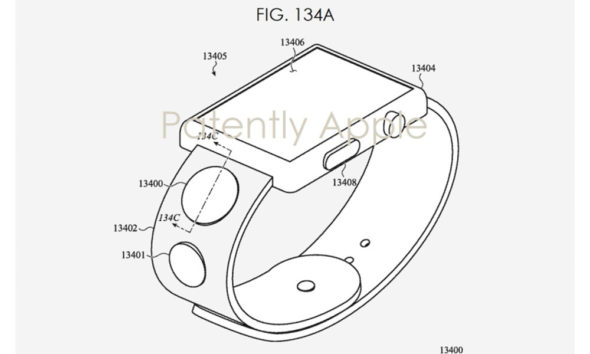 ◉ And other, more interesting, illustrations show how a group of AirTags can be used to monitor a user's status, and show how they can be placed in different areas around the user's body, with an iPhone app monitoring their relative positions with each other. 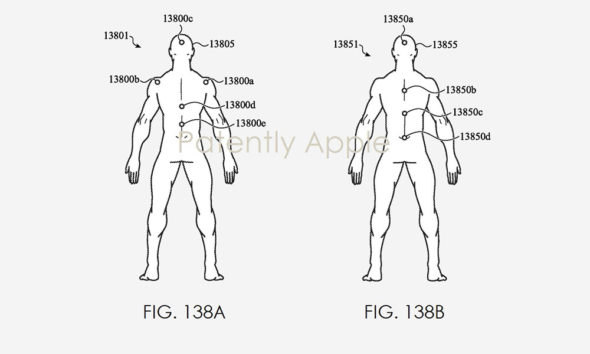 ◉ Another illustration shows how AirTags can be used to work in conjunction with the augmented reality head device, which has long been rumored that Apple has been developing them. While the obvious application will be for games or other entertainment purposes, it can be expanded to include other augmented and virtual reality scenarios, such as medical or engineering applications.

◉ The key to all this appears to be Apple's U1 chip, which provides ultra-powerful transmitters and receivers that can locate objects like AirTags with a very high degree of accuracy. So, for example, AirTags can be used as game chunks on a gamepad, to communicate their exact positions with an AR headset.

Likewise, AirTags can be attached to key positions on a person's body, allowing their movements to be communicated to an app or game, whether that's controlling an in-game avatar or tracking a specific exercise. 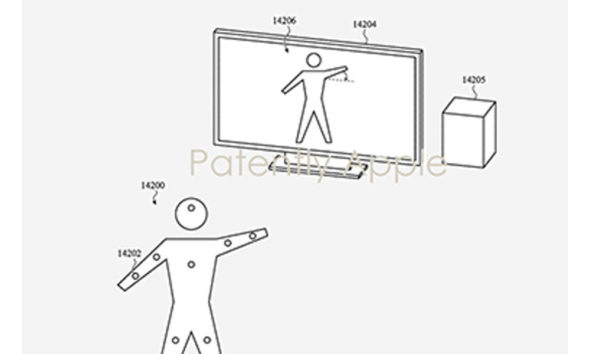 ◉ The various other use cases covered by patents expand and illustrate how AirTags can be used to identify safety equipment in public buildings, such as fire extinguishers and other equipment and devices, to help direct users to them in the event of an emergency. 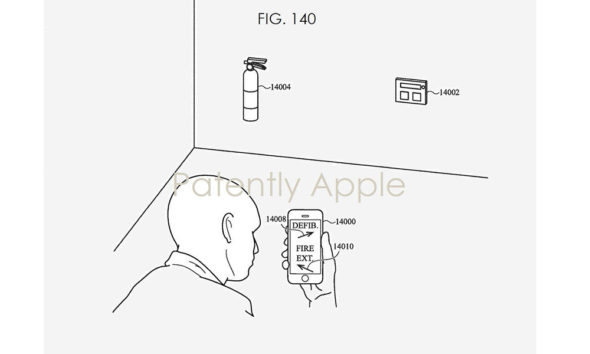 As with all patent applications, these are just ideas that Apple registers. They may come to light and may remain locked up in the drawers, but these ideas are very practical and highly sought after, and with the presence of the U1 chip they can be a reality.

What do you think about AirTags technology? Do you see it is badly needed and that it will go into everything? Let us know in the comments.