Last month it was released iOS 14 And iPadOS 14 as well as the new iPhone devices. It also released a miniature version of its HomePod mini. HomePod Mini has many great features found in its older brother, but in a smaller size and at a lower price, as it came at only $ 99. Despite its size, its sound is exceptional and wonderful, and the presence of the built-in Siri makes it the ideal companion for the smart home. In addition to being a great speaker with a built-in digital assistant, the HomePod mini features a new technology called Intercom, or intercom, and of course the feature is present in the larger version, HomePod as well. 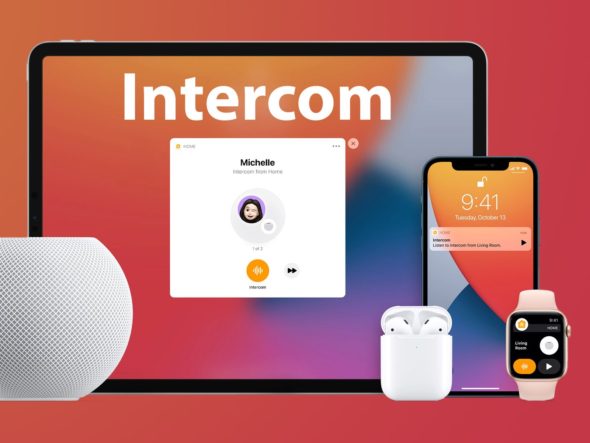 How does Intercom work on Apple devices 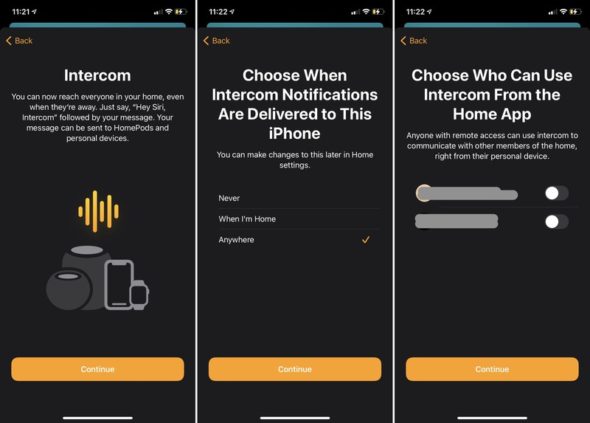 Intercom, or Intercom, is part of Apple's home app, so it's integrated not only with HomePod or HomePod mini, but also with iPhone, iPad, Apple Watch, Mac and even cars that support CarPlay, as well as AirPods Pro.

Intercom requires iOS or iPadOS 14.2 or later to run, and is very similar to the Voice Announcement feature on Amazon Echo devices.

As its name suggests, the Intercom feature transforms smart speakers and Apple devices into a network of intercom units that can be used to issue commands or voice messages to others.

To use it, just say "Hello Siri, Intercom" followed by what you have to say. And your message will play through the HomePods in your home and send it as a notification to your other devices.

You can direct your message to specific rooms. For example, tell Siri that you want to use Intercom communication in the living room, and the audio message will only be played through the speakers intended for the living room. After listening to the message, users can say a “reply” or reply and then speak.

There is currently no way to send voice messages to specific people (for example, a friend), but it would be nice to see Apple expanding the Walkie-Talkie application on the Apple Watch to include other devices in the future. Additionally, Apple does not provide transcription of the message, which sounds strange, given that the spelling is available across other Apple devices, and also because it is available on competing products such as Amazon's Echo devices. They might add this in the future.

We'd also like to see other options, one of which is to learn about certain key phrases similar to Amazon's Smart Speaker System. For example, if you announce "it's dinner time" using Amazon Echo, the device will play the dinner bell sound before the audio message plays. There are a lot of areas in which Apple will be able to build on this feature in the future and we hope to do so.

How to send a voice message with Intercom 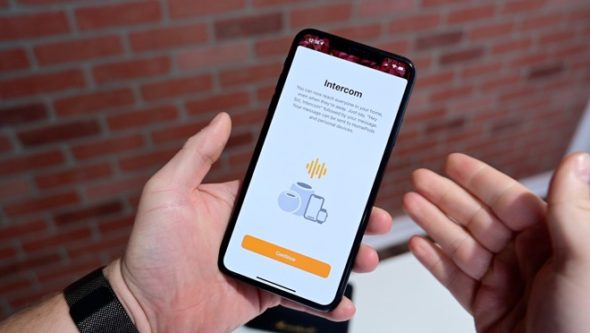 Sending an audio message through Intercom is very simple. Simply say "Intercom" or "announce" followed by what you want to say.

You can select which room in your house you want to send the voice message to, and by default, messages will be sent to everyone in the house.

In addition to using Siri, you can also use Intercom from within the Home app. You will find it in the upper-right or left-hand corner "according to the language of the iPhone." You can click on the icon in a specific room to send a voice message to that room, or you can send a message to the entire home by clicking on it from the "Home" tab.

Anyone can reply to the Intercom message by clicking "Reply" or "reply" or asking Siri to respond. Here are some examples of common commands: 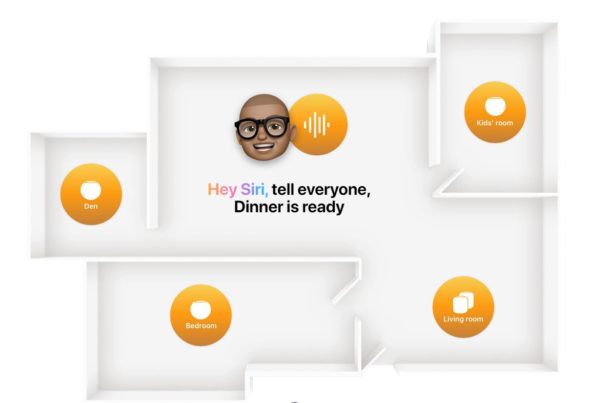 Hi Siri, Intercom, Majid, please clean your room then come and do your homework.

◉ Intercom “I'm coming home in five minutes, getting pizza with me. And if you aren't using "Hey Siri," tap the Intercom button or tap the Siri voice control button on your device or in CarPlay.

◉ Reply, it looks cool! thanks. If you use AirPods Pro, you can instantly speak the word "Reply" followed by your message. Needless to say "Hey, Siri."

Apple's Intercom features are clear and easy to use, however, we hope that Apple will continue to introduce updates to it. For example, we would like to see the following additions and improvements:

◉ Transfer audio messages that are broadcasted on iPhone, iPad, Apple TV, and Apple Watch devices to other HomeKit supported devices, such as televisions.

◉ It would also be helpful to make suggestions on your iPhone using apps like Maps; For example, if you were to say “We are going to the Egyptian Museum within 10 minutes,” then the museum’s website can be displayed on your iPhone, and thus when you ride the car and click on the navigation you will find the command is prepared in advance without your interference.

◉ Walkie-Talkie, Apple already has Walkie-Talkie on Apple Watch. We want to see this on all Apple devices so you can communicate between rooms and devices directly. Amazon Echo has a Drop-In feature that creates an open channel between the two Echo units; We'd love to see something like this added to HomePods. 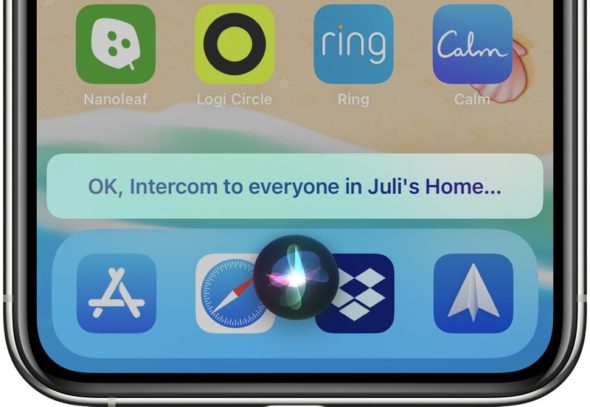 ◉ Proximity support by U1 chip that uses the positioning technology known as Ultra Wideband, UWB which provides accurate spatial position, so the U1 equipped device can discover its exact location relative to other devices in the same room. Therefore, it would be helpful if Intercom excluded devices in the vicinity of the device sending the voice message or in the room the message is coming from or being sent to. This may reduce the number of notifications you receive.

We were surprised by the lack of many features offered with HomePod. We believe Intercom will open the door for many improvements in the future.

What do you think of Apple's Intercom technology? Is it interesting? Or does it still need improvements? What are your suggestions about these future improvements? Let us know in the comments.