A new patent for Apple is a fingertip device with a combination of sensors and haptic feedback, to be used as a control device. For augmented reality glasses Or virtual, as well as wirelessly controlling different computers, learn about this patent and how it works. 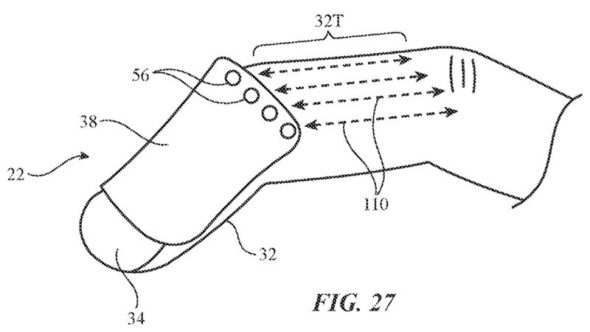 The patent filing appears to be in line with some of the rumors about how to control the augmented reality glasses that have been talked about in recent times. A recent report from The Information stated that Apple is developing multiple ways to control its AR glasses, including "a device that resembles a metallic hand sewing ring that is worn on a tailor's finger." 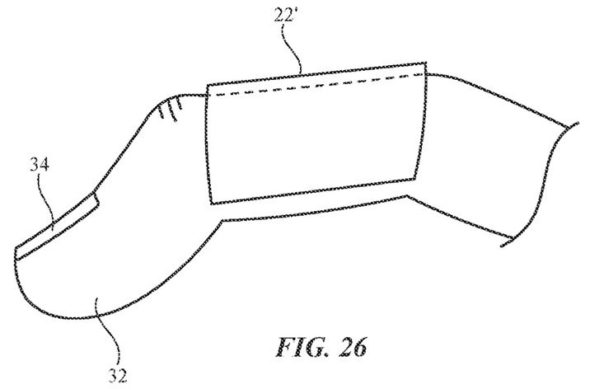 According to the patent, Apple acknowledges that some applications of this wearable control device can resemble a glove with sensors to detect hand movements, but it says that the finger-mounted device has a number of advantages, such as retaining the ability to feel objects in the user's body, in addition to that. It is compact and comfortable to use.

In terms of design, the device has two small side walls for finger grip that may be made of a foldable material such as metal, and thus can accommodate a range of different finger sizes, and the patent also indicates that it can be made of other materials such as cloth or polymer.

The Apple device is worn and installed on top of the user's fingers and leaves the fingertips exposed so that he can touch surfaces, and feel the real objects around him accurately, thus enhancing the user's sensitivity to the environment in which the device is used, which enables him to discover minute surface defects and deal with other more sensitive details Fully covered access to it.

The device contains reinforced pressure sensors or what is known as 3D Touch, accelerometers, gyroscopes, optical sensors, touch sensors, status indicator lights, and more. These sensors use technologies that enable them to accurately ascertain the way a user moves their fingers and interacts with surfaces. The system is said to be so accurate that it can detect the sensitivity of the user's pressure at the surface and the exact directions of that pressure.

This device may combine multiple inputs such as finger pressure, lateral finger movement, and flicking of the finger using sensors, and the same applies to tactile outputs as well.

For haptic feedback, it may provide the user with the feeling that he is clicking on an actual keyboard or any other input device when clicking on a hard flat surface such as a tabletop, and this feature of course will be integrated with the augmented reality device installed on the head, which in turn creates a virtual environment in which the user can interact with her.

It may be possible to provide other inputs, for example, a virtual joystick for games, just by moving the finger in any direction. 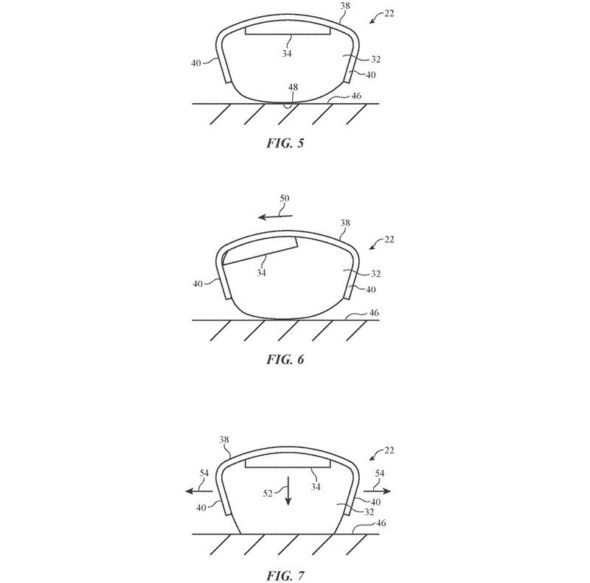 Apple suggests that the device may be worn on one or more fingers, or that multiple devices attached to the fingers in one hand be worn until the integration is accurate.

Like this patent, like other patents, it may see the light at any time, and Apple may use it in the future and may not use it at all.

What do you think of that patent? And if it was found it would be important in the world of technology? Let us know in the comments.