There is no doubt that the most important characteristic of the iOS system is the support with successive updates to its devices, and this is what we love about it, not to mention the system, its strength and its high quality, and if we pay for this I mean the high price of the iPhone, the system has ample luck. There is no good update that we dive into in search of new features and changes, including the latest update, as Apple has provided it with at least ten new additions that we have passed over unnoticed in the article announcing an update iOS 14.4 And we mention it here in some detail. 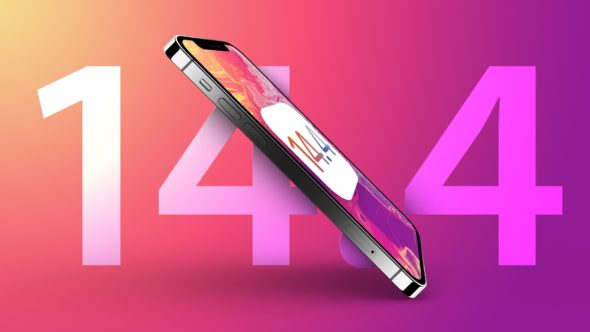 A new face for Apple Watch 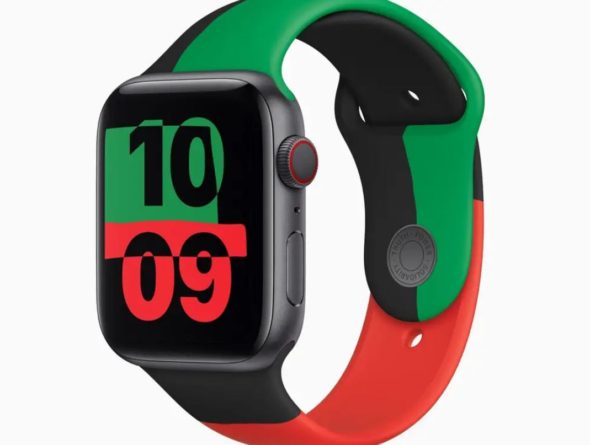 This feature was not hinted at in the entire beta versions of Update 14.4. Where Apple releases limited editions of the watch under the name Black Unity within the sixth edition, available starting in February, and a new strap also on the same date, and a watch face dedicated to celebrating the history of blacks and their culture.

You don't need to buy a Unity Apple Watch to get the watch face, but you do need to update watchOS 7.3 on your watch and iOS 14.4 on the connected iPhone. According to Apple, the Unity watch face creates a pattern of irregular shapes that change dynamically over time. 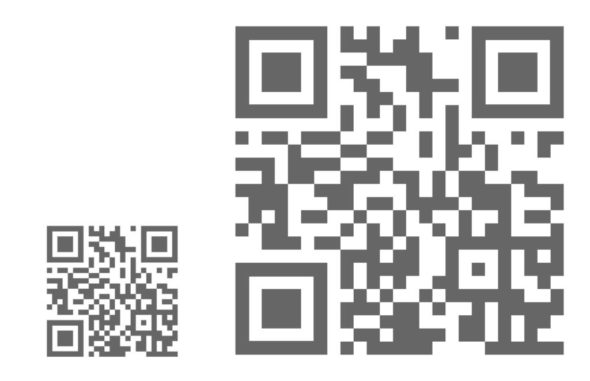 Apple has supported the scanning feature QR With the Camera app since iOS 11. And in the iOS 14.4 update, I made improvements to it as you can now scan small QR codes. The company doesn't specify how small these QR codes can be scanned, but the increased expansion of this feature is a good thing.

At first we thought that the word "smaller" means that the small QR codes were finally supported, but unfortunately this seems not entirely intended for the term, and this means that you can scan regular QR codes from a distance in addition to scanning the regular QR codes slightly smaller. This can only be done through the camera app. The "Code Scanner" button in the Control Center, formerly known as "QR Code Reader and Scan QR Code", can identify and read the smaller or more distant QR codes.

You can imagine that this feature expands the capabilities of QR codes in the world. Businesses can use these tokens in more precise ways, making them smaller and placing them in fewer spaces.

The "Headphone Volume" or Headphone Audio Levels feature of an iPhone is a great way to ensure that the acoustics you are playing do not harm your hearing. If your listening exceeds a safe threshold, iOS sends you a notification advising you to turn the volume down. 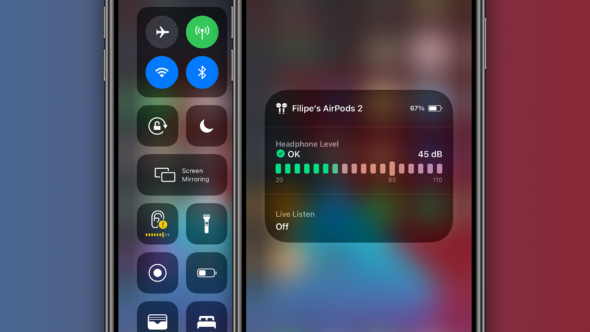 This is all fine when you listen with headphones, but when you listen through the Bluetooth speakers in your car. The iPhone thinks your car is a pair of headphones and that the volume is too high, which sends out unrelated notifications.

This is exactly what the Device Type feature in iOS 14.4 aims to avoid. The new feature allows you to select whether the Bluetooth device is a Car Stereo, Headphone, Hearing Aid, Speaker, or something else like that. In this way, the iPhone knows when your listening levels are definitely too high and when they really are appropriate. You can find these options in Settings - Bluetooth - Device type. 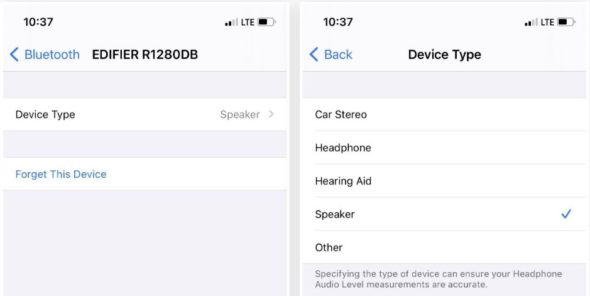 Applications may now request to track you 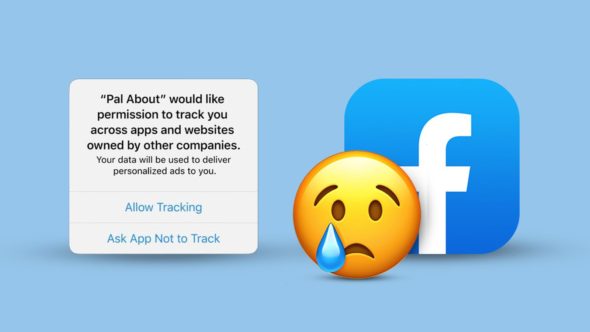 Starting with the iOS 14 update, you may have noticed a feature called “Allow apps to request trackingAllow Apps to Request to Track on iPhone. The idea is for app developers to request your permission to track you across other apps and websites. Turning off the feature prevents them from asking every time.

Keeping this option disabled will definitely prevent many apps from tracking your iPhone's activity. But, according to Apple, some apps may still track you, even if you don't allow them to ask permission first.

Apple hasn't asked apps to request permission to track you yet. This requirement will be part of the iOS 14.5 update, and it appears that app developers should update these new rules early if they want to. We've already seen apps that do that. Although you will not see many apps that request to track you in this update, you will still need to turn off this setting if you want to completely avoid these pop-ups through Settings - Privacy - Tracking, you will see a list of all the apps that you have granted or denied special tracking permissions. With it, and you can toggle these apps on and off as needed. Then disable the Allow Apps to Request to Track option. 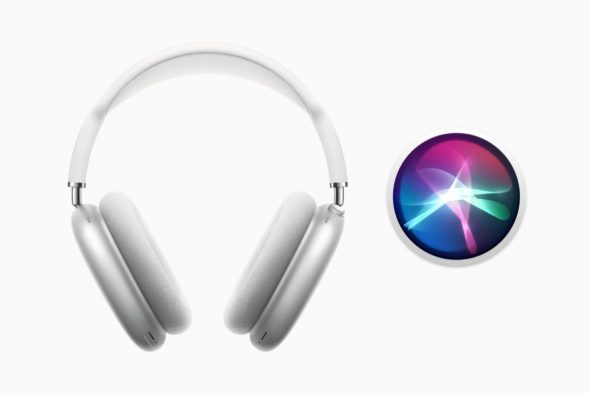 If you have AirPods Max and you wear them, you can now say "Hey Siri." It's a good thing, and both AirPods 2 and AirPods Pro have this capability.

Compatibility between HomePod mini and iPhone U1

Thanks to the U1 chip in both HomePod mini and some iPhone models, the combination of the two produces some great effects. As you move the U1-enabled iPhone near the active HomePod mini, you will feel the haptic feedback getting stronger. Once in the sharing area, you will see a notification at the top of the screen. Click on it to reveal a popup complete with playback options and other works of the album for the music being played. 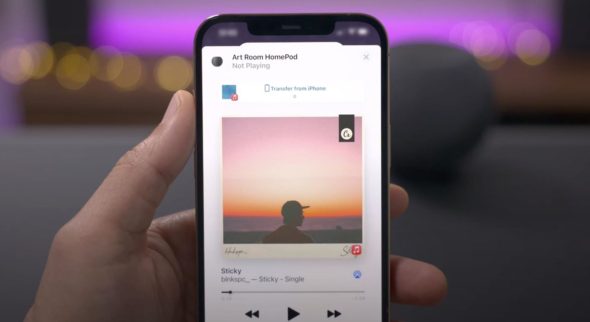 Notification when the iPhone 12 cameras are not original 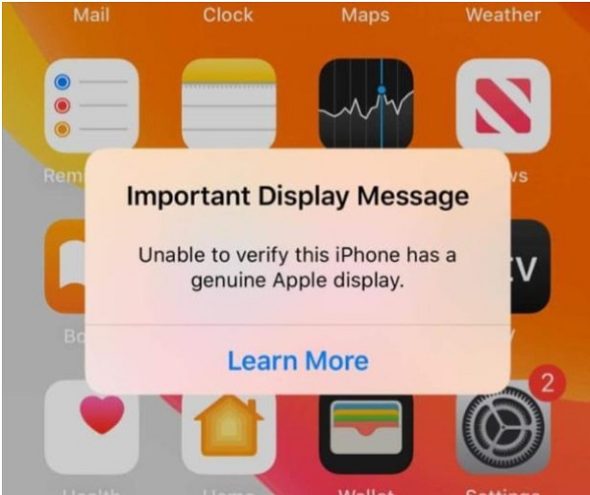 Apple does not like the non-affiliated parts of the iPhone devices, and this is reflected in iOS 14.4. The new update will inform you if the system detects non-original camera parts on an iPhone 12, 12 mini, 12 Pro, or 12 Pro Max.

This is a good thing. If you repair your iPhone's cameras and receive this notification afterward, you will know that the repair shop does not use original Apple parts, on the one hand. On the other hand, it seems that Apple is fighting small repair shops other than considering the difficulty of this in some areas where the original Apple parts are not available, or even because of the high price.

Fixed a vulnerability in the iOS 14 kernel

The recent iOS 14.4 update corrects a vulnerability in the kernel or kernel, the heart of the system that controls the connection between the device's hardware and software, and may allow applications to bypass the powers specified for them. The company states in its security report for iOS 14.4 that those who exploited this vulnerability may have already taken advantage of this vulnerability and did not mention any more details.

Just to be aware, WebKit is a browser engine developed by Apple that is primarily used in the Safari browser. It displays web pages containing Javascript, HTML and XML code and provides visualization. Webkit also manages the history of recently visited pages. It is found in popular browsers such as Google Chrome and Opera.

Important fixes for some annoying issues

According to release notes, the iOS 14.4 update corrects six bugs found in previous versions of iOS. It is good that it was resolved, and we mentioned it as a whole in the article announcing the update and mentioning it:

What do you think of these new updates? Did you encounter problems after talking? Let us know in the comments.