Yesterday it was Apple Spring Conference For the year 2021, in which the company revealed important and fundamental updates for some of its best and most awaited products. During the conference, Apple revealed AirTag, which is the expected accessory since 2019. In this article, we learn about AirTag in detail. 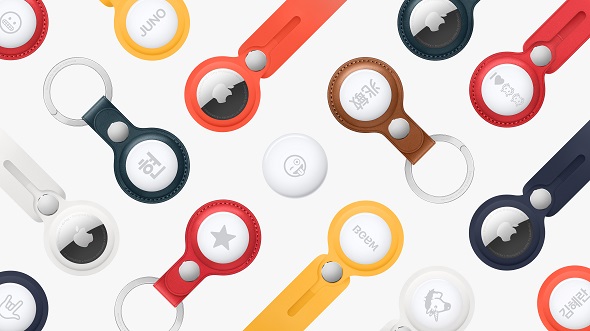 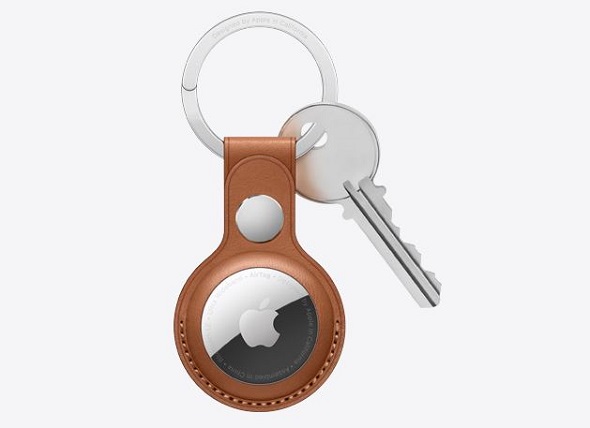 The AirTag is a small tablet with a diameter of 31.9 mm, a thickness of 8.0 mm and a weight of 11 grams; It works with Bluetooth 5.0, the U1 chip, NFC, an acceleration sensor and includes a speaker. Internally it contains a CR2032 battery, which is a popular type available in stores, and you can change it yourself according to Apple; Apple said that the battery lasts for more than a year, according to its tests, which included playing the sound 4 times a day and the feature to find the exact 1 time a day. Of course, the battery varies according to usage.

The AirTag is protected by an IP67 standard for water and dust resistance, as it can withstand submersion in water up to 30 minutes to a depth of 1 meter.

How does AirTag work 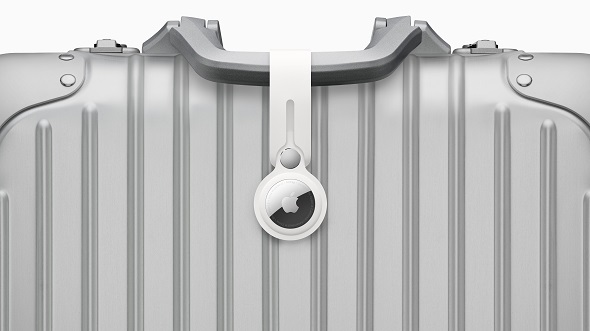 To connect to AirTag, you need to have an iPhone or iPad running iOS 14.5, which is expected to be released next week (mostly Tuesday evening). It connects to the iPhone via Bluetooth, and at any time when you cannot find the device that you have placed the AirTag on, you can either open the Find My app or ask Siri to search for it for you. Here, Siri plays the audio through the AirTag's speakers for you to find.

In the event that you did not hear the sound for any reason, such as if the lost device was placed on it by things that mute the sound; Here it asks Siri to use its exact find feature; This feature requires the presence of a U1 chip in your device, and this chip is only found in the iPhone 11 and 12 family, and Apple does not put it in the iPad, including the new iPad Pro, which was released yesterday. The accurate finding feature enables you to access the AirTag precisely as it guides you to move left and right and that you will find it within a distance of a meter as in the following picture. 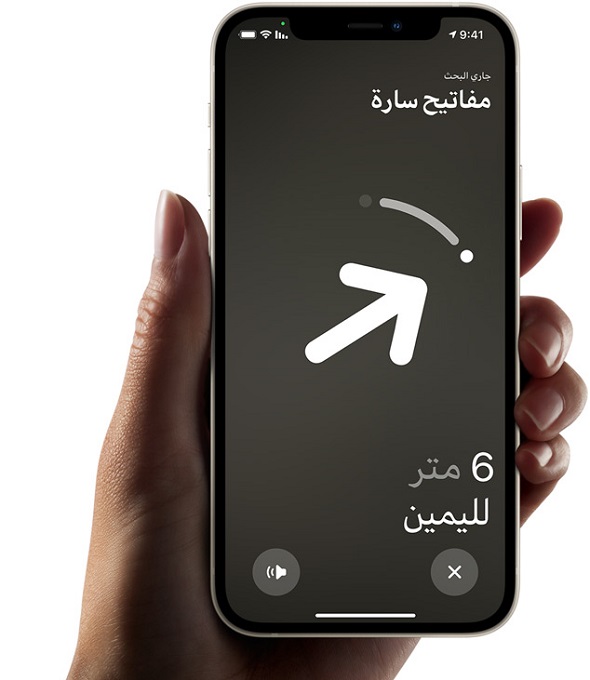 What if I lose my AirTag in a remote location?

The above is the traditional form of any Tag in the market, including the one presented by Samsung a few days ago. But what distinguishes Apple is the ability to find the AirTag if you lose something somewhere far away; For example, you ride a car and your AirTag wallet fell or fell on the street or on the beach. Here, Apple will use its own Apple Network, as there are tens of millions, even hundreds of millions, who have an iPhone. You will seek your iPhone friends to find what you have lost.

When AirTag loses its bluetooth connection to your phone, it sends other encrypted bluetooth signals continuously and together we imagine that these signals say “I am AirTag number XYZ I lost my connection with my friend”; If someone with an iPhone crosses the vicinity of the lost AirTag, his phone will automatically pick up these signals and send them to iCloud after adding the iPhone's GPS location data; That is, he says, "The AirTag No. XYZ was found in the vicinity of 10 meters from the x-point," and Apple's servers record the data. Now all you have to do is open the Find My app to see the latest update of your AirTag spotted site. 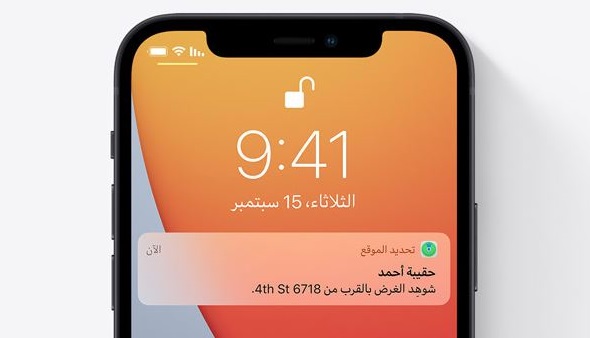 Before anyone finds it, you can activate Lost Mode so that you will receive notifications when any iPhone user passes your AirTag. You can activate the option to share data so that if someone finds it, he touches it with his phone, and your number appears for him to communicate with you. Just like we do on the iPhone, we send a message to its screen, with my number placed on it, so whoever finds it calls me. 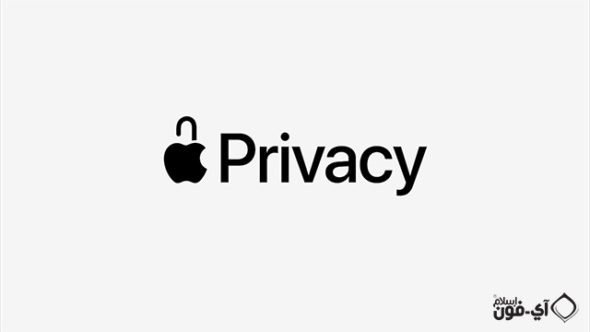 Of course, any product offered by Apple should be concerned with privacy; There are several points that you may think that your AirTag is compromising your privacy with them, as follows:

I don't want anyone to know who I am while helping others: Apple made it clear that it does not log the data of the person whose phone passed the AirTag and sent the location; In other words, the phone sends data only by finding AirTag and you show that it is in such a place. Who sent it? What is his name? What is his phone type? This data is not recorded to preserve privacy. This is important, otherwise no one will be involved in helping others. By the way, the other party does not tell him Apple is near the AirTag missing in order to protect the thing that the AirTag stuck in, otherwise we will see snipers searching for lost items because Apple will not know who found the lost thing and threw the AirTag and took the lost thing.

What if someone chases me? An important question is what would happen if someone put an AirTag in my car to monitor my movements with the Apple network and system? Apple clarified that your iPhone will notice the presence of a strange AirTag near it, move with it, and show you a notification informing you; If you don't find it, the iPhone will ask the strange AirTag to play the sound to make it easier to find. Apple said that this feature only works when AirTag loses connection to its owner's device; This is to avoid false notifications, such as being in a car with your friend and having an AirTag, wherever you go, your phone will see that there is a strange AirTag moving with it. This will not happen because this strange AirTag will tell your iPhone that it is connected to its owner, meaning that it is near you. There is nothing strange. 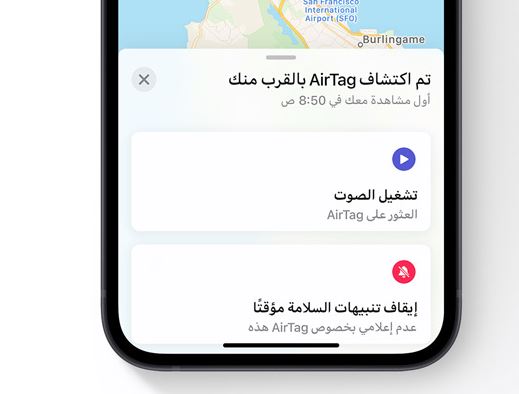 Note: Apple did not explain what the solution is if you put AirTag with someone who does not have an iPhone and therefore will not be able to recognize the presence of a strange AirTag 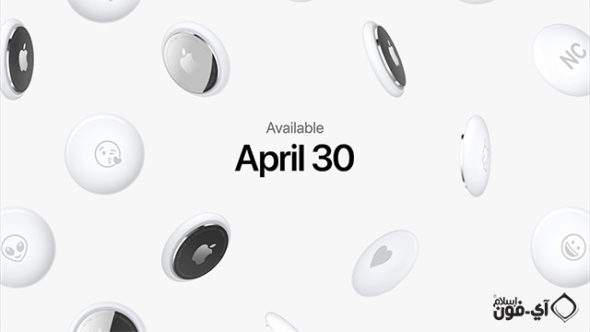 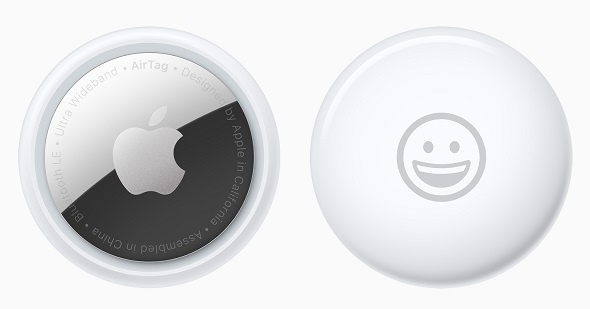 It should be noted that the AirTag is a solid disk and there is no possibility to be directly hung or affixed to any product; That is, you either have to put it directly inside the thing you fear losing or buy a "holder / cover" for it. And Apple contracted with the famous company Hermès for luxury products to provide several models of them at prices starting from 1199 dirhams. Yes, this is true. The 4 from AirTag is priced at 439 dirhams and the one piece of luxury wrapping is priced at 1199 dirhams and goes up to 1799 dirhams in another model. But do not worry, as China exists, and of course, it will manufacture accessories for us to carry it, for prices that may start from $ 1 and $ 2, as usual. 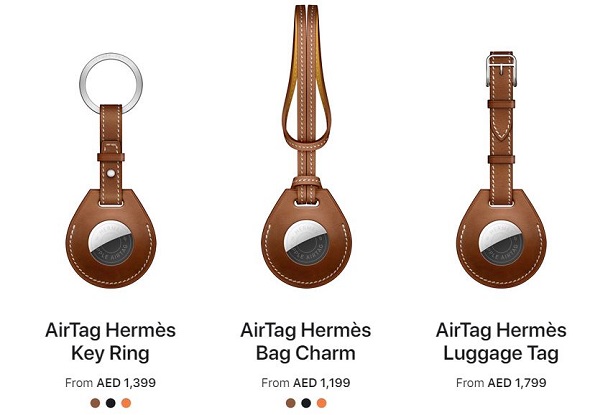 What do you think of AirTag and do you see it a useful product and intend to buy it? Share your opinion in the comments and let us know what you worry about missing the most and will you use AirTag with it?