Rumors of iPhone 14 and 15 and Microsoft buying a company for 19.7 billion, Chinese fraud on Apple and iPhone 11 rules for $ 2700, and other exciting news on the sidelines ... 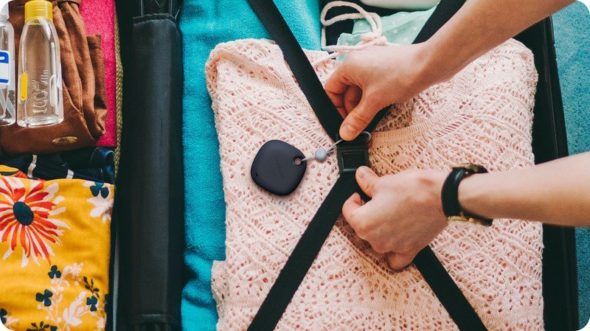 Samsung will release its SmartTag Plus tracker tomorrow April 16 for $ 39.99, becoming the first mainstream item tracker to support ultra-wideband technology.

Last January, Samsung announced the "Galaxy SmartTag", a small device that can be used to track and locate items such as keys, bags, and more. The company announced two versions of it, one of them using Bluetooth LE 5.0 technology, as well as SmartTag Plus, which uses UWB technology. 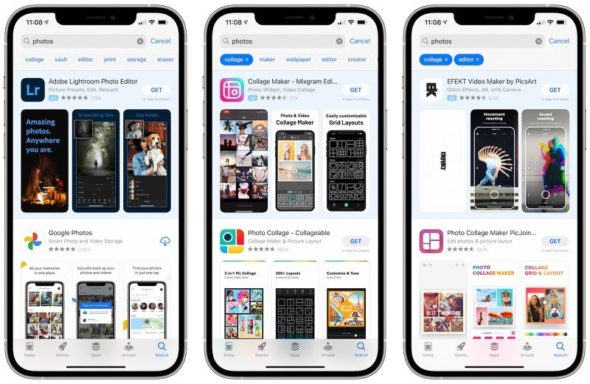 It seems that Apple is testing a new feature to make search results on the App Store more productive, as some iPhone users have started seeing tags in the App Store in recent weeks after searching for a common term such as "photos" or "wallpaper." After searching for "images," for example, some of the tags you can select include "poster," "editor," or "storage."

After clicking on one of the tags, the search results are organized accordingly. If a user searches for “photos” and then clicks “collage,” for example, the search results will be narrowed down to the apps that can be used to create collages. In some cases, second tags may be specified to further narrow your search results, as described above. The feature does not exist in Arab stores yet, but will be expanded to include it after that. 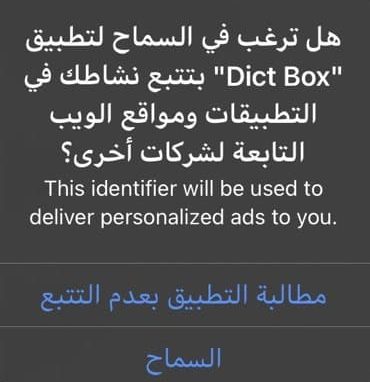 The state-backed Chinese advertising agency has developed a new method for tracking users called CAID to replace access to the IDFA, or advertising identifier, for an iPhone or iPad. As is known, starting with iOS 14.5, Apple will not allow apps to access the IDFA of a device without the user's explicit permission, which will have an impact on tracking across apps and across websites used for targeting ads.

CAID has undergone testing in China with major companies such as Baidu, ByteDance TikTok and Tencent, as well as Proctor and Gamble. In mid-March, Apple began warning developers against circumventing app-tracking transparency rules with methods such as CAID. Apple told developers that trying to circumvent the new ad tracking restrictions would result in removal from the App Store. 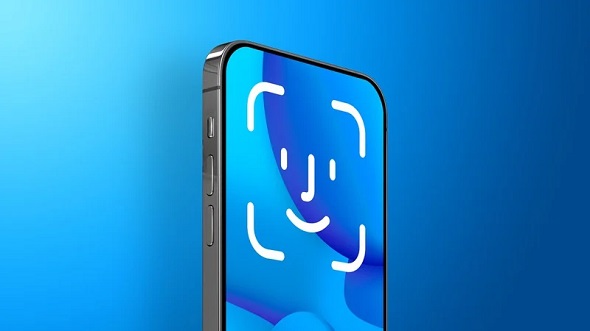 If you are waiting for the end of this year to unveil the iPhone 13, the rumors have preceded you and started talking about versions of iPhone 14 (version 2022) and iPhone 15 (version 2023) and the most prominent rumors are as follows:

IPhone 2022, in which reports expected that the iPhone 14 will come for the first time with 48-megapixel cameras capable of photographing 8K quality. Reports also said that in the same year, Apple will cancel the mini version of the iPhone, but it will keep launching 4 devices, so that these versions become 2-inch and 6.1 2-inches.

◉ iPhone 2023, in which it is expected that Apple will move to provide all the sensors and the FaceID fingerprint system under the screen and the protrusion will be completely canceled. The news said that hiding the system under the screen will coincide with the addition of Periscope Telephoto lenses, which will allow Apple to improve the ability of the iPhone camera without the need for an external projection.

The iPhone reaps 6 places from the 10 best-selling phones 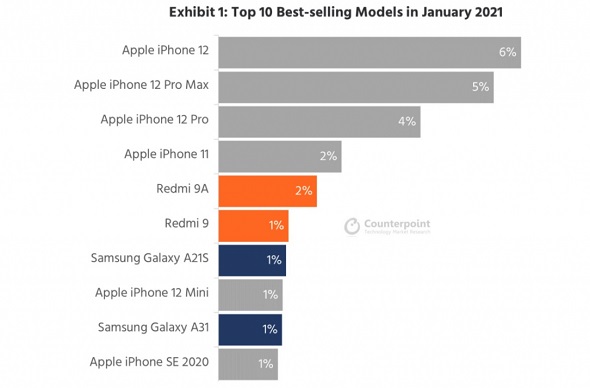 Counterpoint Statistical Center published its study on the best-selling smartphones in January 2021, and Apple won 6 places out of the top 10, and they are the first iPhone 12, the second iPhone 12 Pro Max, the third 12 Pro, the fourth iPhone 11, the 8 iPhone 12 mini and the tenth iPhone IPhone SE 2020. Samsung won only two places, the seventh with the A21s phone and the 9th with the A31 phone. The report shows that the iPhone 12 mini failed to get strong sales among its siblings, but that a phone like 11 outperformed it almost twice as much, which reinforced rumors that Apple will cancel it in 2022.

Microsoft is offering to acquire Nuance for $ 19.7 billion 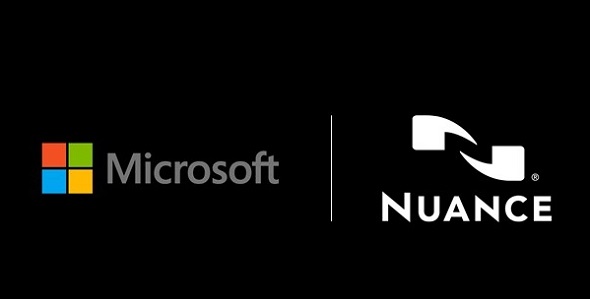 Microsoft is in the final stages of the deal to acquire Nuance in a deal worth $ 19.7 billion to be paid out in cash. Nuance is one of the largest companies specialized in the field of cloud and artificial intelligence, and it was established in 1992 and provides its services mainly to companies. Apple and Siri are among the customers of the company that previously provided them with some services such as the word recognition system.

Apple has secretly updated A12 and A13 processors with security components 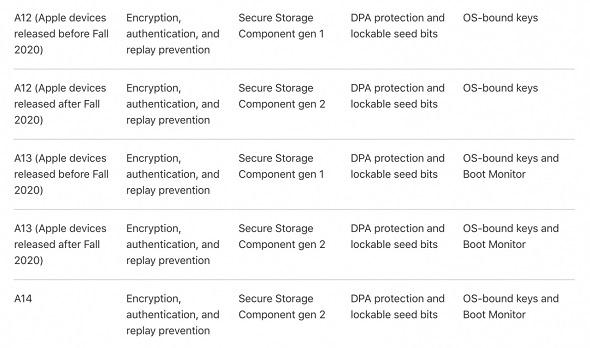 Apple silently and without any announcement updated the A12 and A13 processors to include the second generation of storage capacity components in the fall of 2020. These components secure and revise 128Bit encryption and the 8Bit counter, ensuring additional security for operations performed on the iPhone. It is unusual for Apple to make modifications to its processors, but it seems that there was a strong incentive to make Apple update the security components of the A12 / A13 processors to include the same version of the A14 processor. 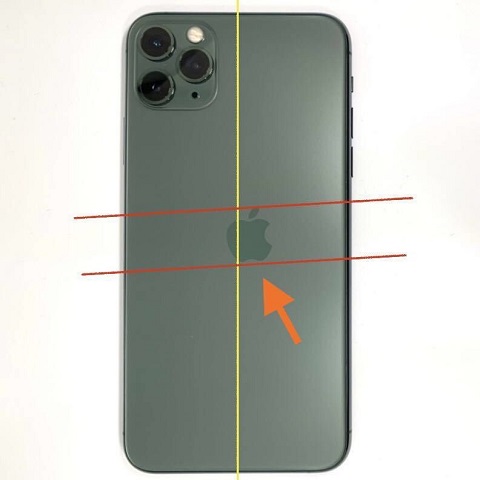 IPhone 11 was sold at a price of $ 2700. The phone does not have an apple logo that is not placed in its proper place, which is a rare error, as specialists estimated that it occurs once in every 100 million phones due to Apple's strict quality rules. This matter made it rare to see an iPhone with this defect, but this matter caused lovers of rare acquisitions to pay a huge amount 3 times the price of the phone in order to buy it because they know that this matter, with Apple's production rates, means only 1-2 phones per year in this way. 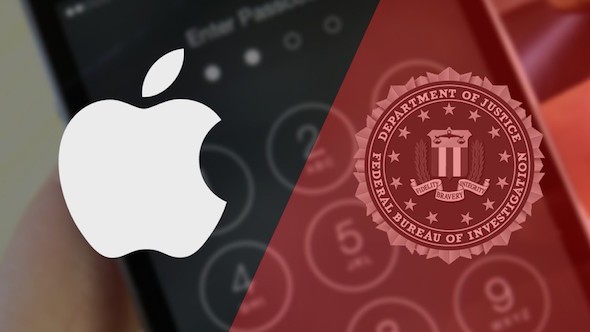 A Washington Post report revealed how the FBI had previously hacked the iPhone in the famous 2015 case, in which 14 people were killed and a person called “Syed Radwan Farouk” was charged. Which was considered by the FBI to be a fraud by Apple. The report said an Australian company called Azimuth Security had assisted the FBI in the case. 2 of the company's employees were able to exploit a vulnerability in the files of an application that was written from the company Mozilla and that Apple used it in the accessories programs "MFi accessories" and it took only a few hours to be inside the phone. By means of the vulnerability, they were able to access other vulnerabilities, which gave them full control over the master chip. Here, they got inside the phone and they put an application that guesses passwords and this application disables the system properties that used to automatically delete the phone content when writing a password incorrectly, and thus they had an endless number of attempts to find out the password.

Replica AirPods 3 released before the original 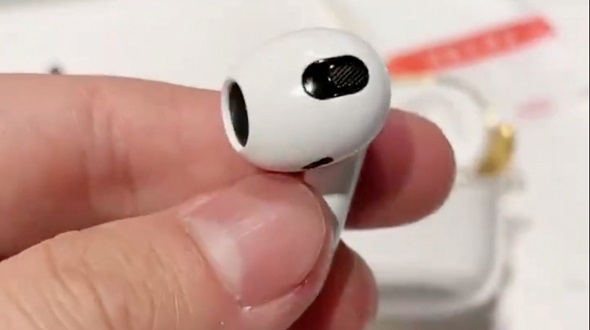 Apple's conference next Tuesday is expected to unveil a number of products, including, according to rumors, the third generation of the Apple AirPods 3, which will come with a design different from the previous ones and closer to the design of AirPods Pro. However, it seems that the imitation factories this time were ahead of the curve, as last week there were headphones with the same design as the 3 "which was leaked". That is, we are now seeing 3 fake headphones available in the market before the original; Rather, the funny thing is that it is considered here that the Apple headset is a tradition because it will be issued with the design of headphones on the market :).

An alliance of LG and Magna might build an Apple car 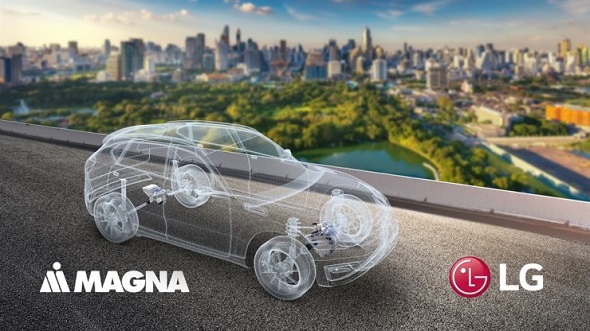 After a series of news that talked about obstacles in Apple's agreement with Hyundai to manufacture the car, as well as Nissan's refusal to manufacture it for Apple; LG is reportedly in alliance with Canadian manufacturer Magna and is currently negotiating with Apple to acquire a contract to manufacture the car. Reports said they are very close to signing contracts to manufacture Apple's prototypes, but details of the contract are still under discussion. It is reported that Apple is currently looking for a car factory, as traditional companies refuse to assemble and manufacture an Apple car for a fee only, and they demand that they obtain a technical partnership, i.e. Apple cooperates with patents and technologies that help them develop their other cars. 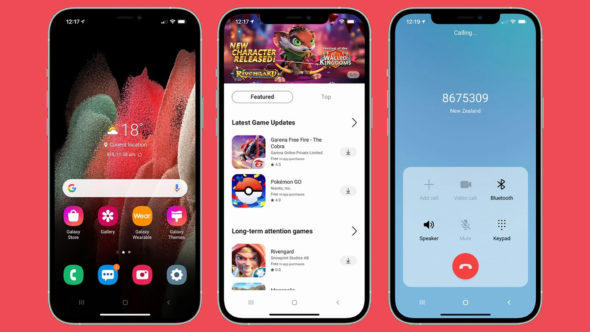 Samsung New Zealand has launched the iTest.nz web application for iPhone devices, through which you can browse the company's Galaxy devices. With this step, Samsung aims to make Apple users experience its system, its phone, and how it looks, especially since the Samsung interface is one of the most popular Android interfaces for its simplicity, and the company believes that a part of Apple users refuse to move, perhaps because they expect that they will not be comfortable with the method of use. So I provided them with this web app.

Apple glasses will include 15 cameras 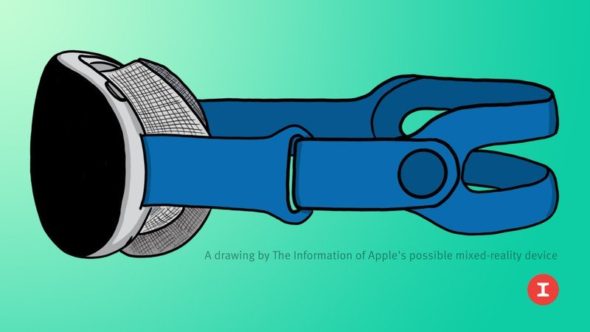 Analyst Ming-Chi Kuo said in his weekly report on his forecast for Apple products that the glasses have a large number of cameras, up to 15 cameras. The report said that these cameras have no role in traditional photography, but rather to capture external data and monitor the movement of the user's eyes. It is reported that previous analyst reports expected that the glasses would come with two 8K screens and cost more than 3000 dollars. 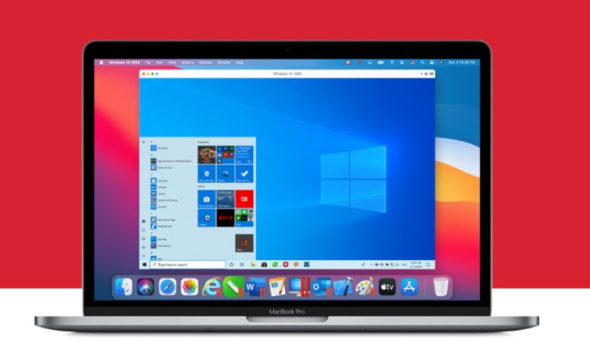 The popular Mac Parallels software has been updated to version 16.5 to support the M1 chip. Parallels is a program that many Mac users rely on when they want to run Windows inside macOS as a program; With the support of M1 processors, Mac users can download Windows, but the ARM version of it is that traditional Windows does not support ARM processors, meaning it will not work with the M1 chip. The new version costs $ 100 to buy or $ 50 if you have version 14 or 15 of the program.

◉ NFL superstar Tom Brady is teaming up with entrepreneur Richard Rosenblatt to launch a new NFT company called Autograph this spring, and Apple's CEO Eddie Keough will act as an advisor to the company.

◉ Before Apple announced the date of next Tuesday's conference, Siri had already leaked the date. Hours before the conference, anyone would ask Siri when the next conference is due; She was telling him Tuesday, April 20 at Apple headquarters. 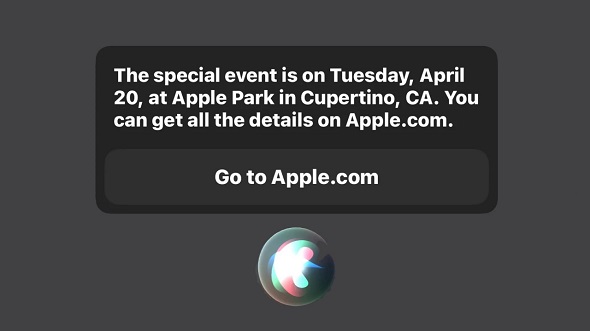 ◉ Accounts specialized in the leaks have transmitted 3D Renders of the iPhone 13, showing a modification in the arrangement of the cameras without explaining the reason. The size of the bump was also reduced. 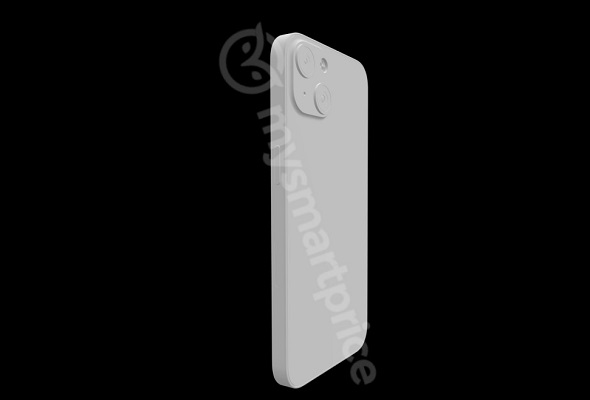 ◉ Many Mac programs have got an update to support the M1, such as Apple Transporter, Microsoft Remote Desktop, and the popular file reader, Readdle. 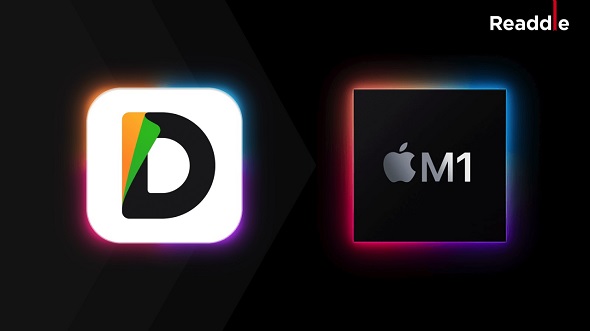 ◉ Chinese websites have published leaks of what appears to be the third generation of the Apple Pencil, which, if the images are correct, will be released with the iPad Pro in Tuesday conference Next. 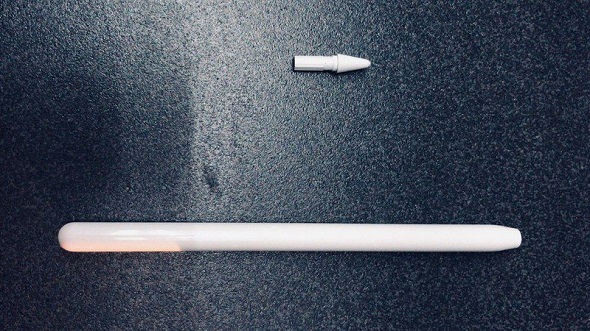 ◉ Google has detected version 90 of the Chrome browser, in which HTTPS is put by default, and the AV1 codec has been added. 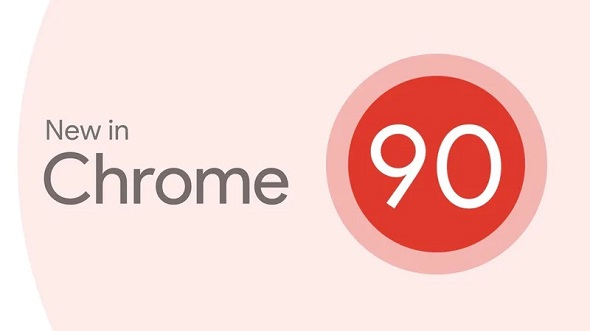 On the occasion of the World Environment Day “Earth”; Apple announced that from April 14 to April 22, it will donate $ 1 from every payment made by Apple Pay on the Apple website or in its various stores, whether physical or the Apple Store app. 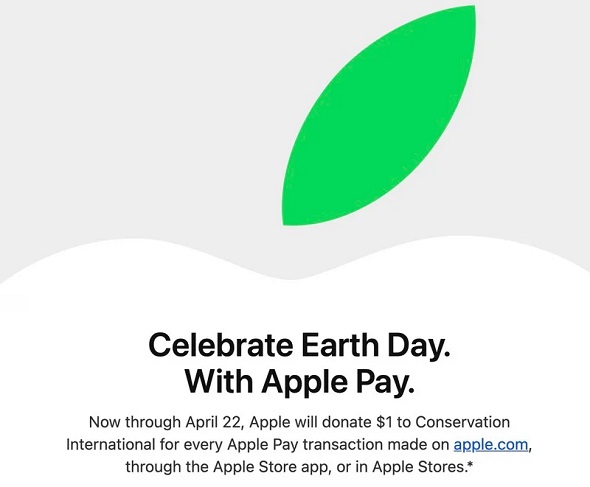