Announcing other Apple products before the end of the year, using the iPhone camera to detect autism in children, a problem with close-up photography, a problem with the iOS 15 update for many users, augmented reality glasses soon, announcing new devices from Microsoft, and other exciting news In on the sidelines…

It introduced an updated Surface Laptop and a revised version of its Surface Duo foldable smartphone. The Surface Laptop Studio is the most powerful Surface device to date, and it replaces the Surface Book. Instead of a removable screen like previous models, it adopted a design somewhat similar to Apple's Magic Keyboard. The 14.4-inch screen rises and can be pulled forward in tablet mode. 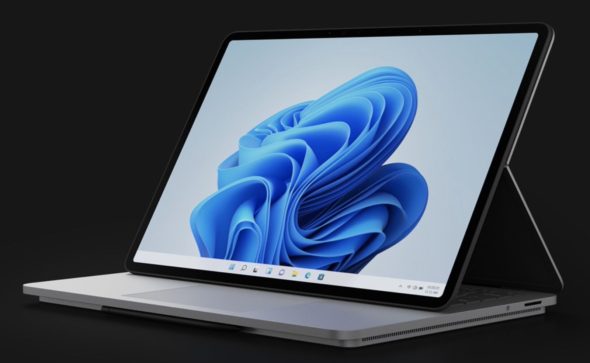 It is powered by an 5th generation Intel Core i7 or Core i3050 processor, an Intel Iris Xe or Nvidia RTX 16 Ti graphics processor, 32 to 2 GB of RAM, up to 120 TB of storage, and 2Hz refresh rates. And it works with the new Surface Slim Pen 1600. Pricing starts at $XNUMX.

Microsoft has also updated the Surface Pro lineup and introduced the Surface Pro 8, with a chip that's twice as fast as before, support for the Surface Slim Pen 2, a larger 13-inch screen, 120Hz refresh rates, Thunderbolt 4, and an improved camera. Pricing starts at $1100. There have also been minor updates to the Surface Go 3 and Surface Pro X, for less expensive devices. 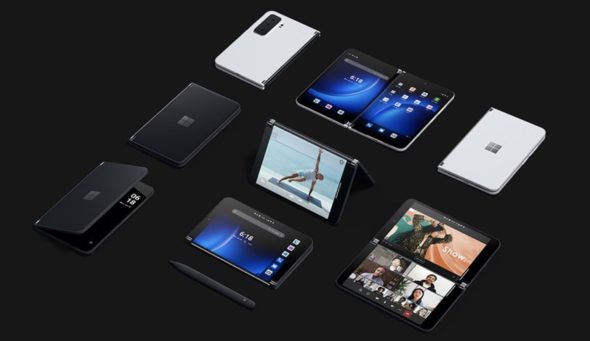 It is an updated version of the Surface Duo foldable phone. The new, slightly larger 8.3-inch model adds 5G connectivity and includes a rear camera system with wide, ultra-wide and telephoto lenses. 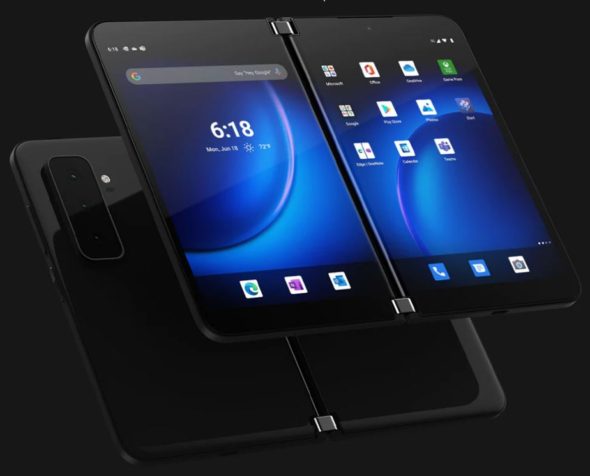 The phone works with the Snapdragon 888 processor, which is the fastest processor in an Android phone so far, and it still features the same design as the previous model with a prominent hinge that is not hidden under the screen. Pricing starts at $1499. 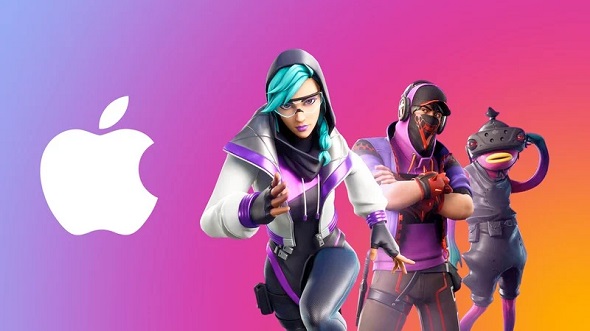 Apple plans to not allow Fortnite to return to the App Store in the near future, Apple lawyers told Epic lawyers this week. Furthermore, Apple does not plan to consider requests for an Epic Games developer's recalculation until the court's ruling is final and non-appealable, a process that could stretch for years.

Apple provided this information to Epic Games after Epic CEO Tim Sweeney sent an email to Phil Schiller requesting that the Epic Games developer account be reinstated. Sweeney said that Epic will adhere to Apple's guidelines anytime, anywhere, and products will be released on Apple platforms, but he went on to clarify that Epic will not return Fortnite unless Apple complies with the clear language of the court order and allows apps to link to external purchases.

As explained earlier this month, the judge overseeing the case ruled that Apple must allow developers to provide links to third-party payment methods along with in-app purchases if developers want to do so. Apple has until December to implement court conditions, and the company has not yet decided whether to appeal the decision.

Apple may appeal and the case remains between them, and it may not end soon. 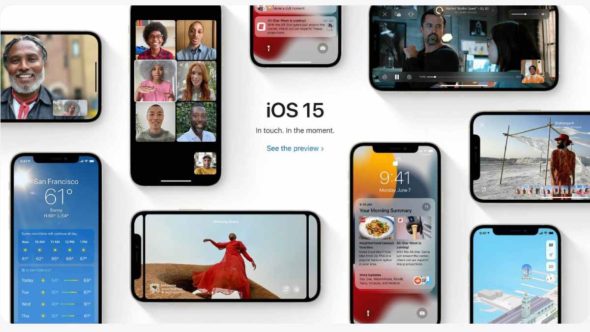 According to analytics firm Mixpanel, about 8.5% of users had installed iOS 15 as of Wednesday, compared to about 14.5% for iOS 14 as of midnight on the second day after the update was released.

Mixpanel measures iOS adoption based on visits to websites and apps that use the mobile analytics SDK, so the data is not official. Apple has yet to share iOS 15 adoption statistics, after it reported an 85% adoption rate for iOS 14 back in June.

Earlier this year, Apple announced that iPhone users still on iOS 14 now have the option to continue receiving only important security updates, so this change likely contributes to the lower adoption rate of iOS 15 that Mixpanel has seen so far. .

Tim Cook warns employees not to leak any information 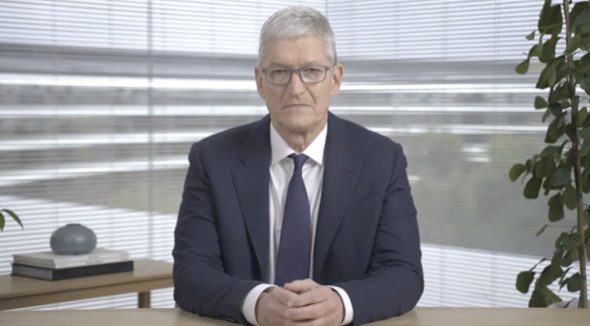 Last week, discussions from a town hall meeting were leaked, revealing the company's positions on issues such as working from home and Apple's legal battle against Epic. And Tim Cook sent an email Tuesday evening to employees to warn of leaking the contents of that meeting, warning those who disclosed details of the discussions to The Verge, in which he said, “The company is doing everything in its power to uncover who leaked the information, and indicated that people who leak confidential information do not Belong to Apple TV. However, this email was also leaked to this site.

Augmented reality glasses will cost $2000 and production in 2022

The augmented reality headset will enter mass production in the second quarter of next year, with its release expected between the third and fourth quarters of 2022.

In June, analyst Ming-Chi Kuo reported that the AR headset will be launched sometime between April and June of next year. According to the report, the second phase has been completed, and is slowly getting closer to preparing for mass production.

The first model may be a bit bulky in design, similar to the Oculus Rift, and the design will be more elegant in a few years. In recent years, Apple has been building its own augmented reality platform and rolling out several augmented reality-focused features on iOS and iPadOS, which may pave the way for the production of these glasses. 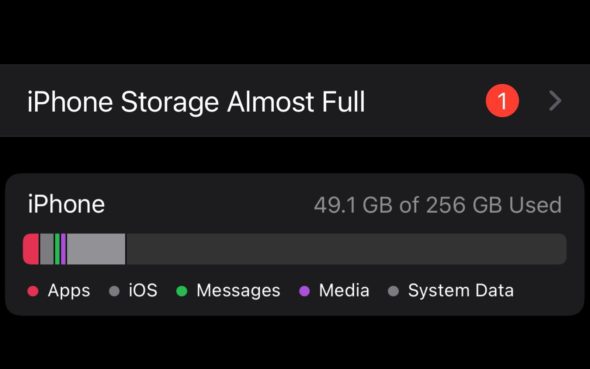 Just two days after the iOS 15 and iPadOS 15 update was released to the public, many on social media complained about some storage errors, as a warning message “iPhone Storage Almost Full” appeared inside the settings, despite the presence of enough storage space in the iPhone They have.

There is nothing you can do to cancel the warning in the settings, and clicking on it will only lead users to the iPhone storage page under the settings, while you will find that there is enough space in your device.

However, the warning is not the only storage-related error that annoys some users. Other reports indicate that ‌iOS 15‌ has resulted in an error that sometimes shows that the amount of storage available on the device exceeds the capacity of the device.

In all cases, Apple recommends restarting their devices, but that doesn't solve many problems. Apple will certainly release an update soon to solve these problems. 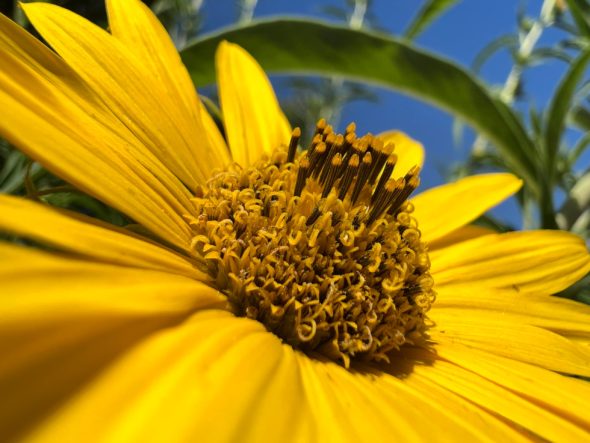 iPhone 13 Pro and iPhone 13 Pro Max reviews were posted, with the devices receiving praise for their smoother ProMotion screens, longer battery life, and improved cameras, but there was one complaint that agreed among the reviews.

A new feature on Pro models is the ability to take ultra-wide macro photos. This new capability causes the device to automatically switch from the wide lens to the ultra-wide lens when you place an object or subject within 5.5 inches of the rear camera.

Here the scene keeps flickering while trying to choose between a wide or wide macro shot and the assumption is that the frame should never change from what you're composing and never change automatically. Apple initially told that the automatic camera switch was intended to help users capture close-up details better, but the company has since released a statement saying that iPhone 13 Pro users will get the option to switch in a later update.

A new report issued by the Wall Street Journal reported that Apple is looking at ways to use iPhone cameras to detect autism in childhood, by monitoring a child's behavior and tracking different facial movements and behaviors, such as the number of times they look away, as potential factors for early detection and diagnosis of autism. .

iPhone with Touch ID under the screen and foldable soon 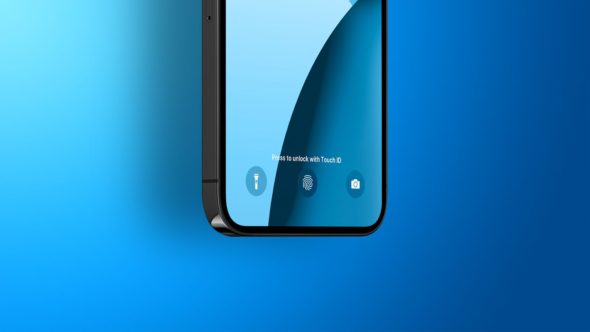 In addition to rumors that the iPhone 14 Pro models will feature a punch-hole design and a wide 48-megapixel lens, analyst Ming-Chi Kuo clarified his expectations for future iPhones, saying that Apple may launch an iPhone with Touch ID under the screen in the second half of the year. The year 2023, and the launch of a foldable iPhone in 2024.

◉ Apple recently updated its iOS 15 features page to indicate that Find My Network support for AirPods Pro and AirPods Max has been delayed until a later time.

◉ Journalist Gorman expects new MacBook Pros and AirPods to be announced by the end of 2021, but he doesn't expect to launch any other flagship product until at least next year. Gorman said that Apple plans to launch several products, including new AirPods Pro, redesigned iPad Pro, revamped Mac Pro, redesigned MacBook Air, and more.

◉ A Russian company has modified the design of the iPhone 13 Pro and added precious metals to the design, costing up to 26000 US dollars, and it is inspired by Rolex watches and contains meteorites embedded in it. 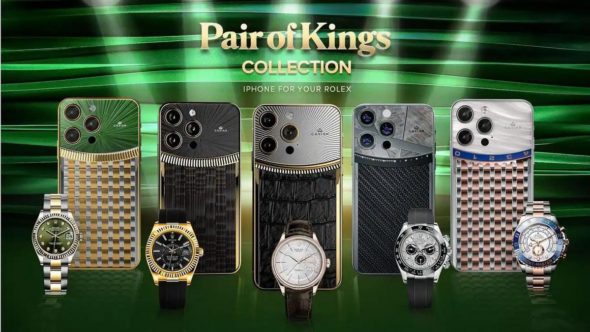 ◉ Facebook admitted in the words of Graham Mudd, head of product marketing on the platform, that some ad performance metrics were not reported on the iPhone, indicating that the iOS 14 privacy changes have the intended effect of restricting data collection.