When will iOS 15 be officially available to everyone? And tests reveal the performance improvements of the A15 Bionic processor, and iPhone 13 models carry the same amount of memory as iPhone 12 models, Facebook on your face, and other exciting news in the sidelines…

When will iOS 15 be officially available to everyone?

After a summer full of iOS 15 beta testing, Apple told after the official iPhone 13 announcement conference that it will release iOS 15 and iPadOS 15 to the public on Monday, September 20. The update includes a number of new features and changes, such as Facetime updates, new notifications, and more. Although some features like SharePlay will be missing from the first version in iOS 15, there are still a slew of notable new features. One of the most notable changes is a feature called Focus, which allows you to set custom preferences for notifications and icons on the home screen. Another new feature in iOS 15 is the all-new Weather app, which allows you to view full-screen weather maps showing precipitation, air quality, and temperature. iOS 15 also includes a completely new design for the Safari app. 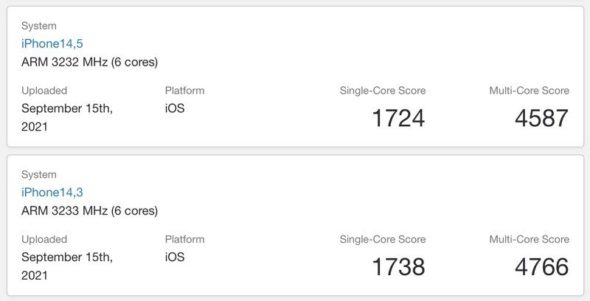 It seems that the iPhone 13 has already reached some influencers and is in the process of reviewing them, and some tests have appeared on the performance test platform “Geekbench” that show the capabilities of the new A15 Bionic processor, and these numbers are important because Apple did not announce at the conference about the performance difference between the processor and the A13 Bionic processor. This year and the year before, I was content to say that the processor is better than the competition, but earlier today the Geekbench Metal score for the iPhone 55 Pro came out, which shows an improvement of about 12% in graphics performance compared to the iPhone XNUMX Pro.

Graphically, the Metal score for the iPhone 13 (coded iPhone14) reveals a score of 5 for the A10608 Bionic in this device, which is about 15% higher than the A15 Bionic score on the iPhone 14.

The iPhone 13's Metal score is significantly lower than the corresponding iPhone 13 Pro score due to the fact that the Pro models feature a five-core GPU while the regular iPhone 13 models include a quad-core GPU. 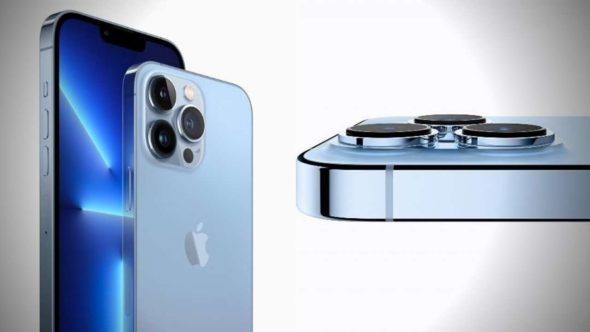 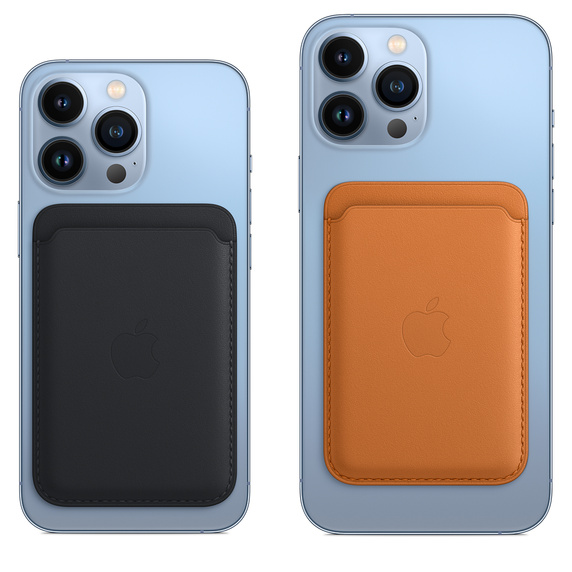 Apple has released a new MagSafe Wallet accessory that now supports Find My and can choose between five new colors.

The new MagSafe Wallet is compatible with iPhone 12 as well as iPhone 13. Surprisingly, for unknown reasons until now, the Find My function does not work with Apple Wallet when you use the wallet with Apple's transparent case, isn't that amazing! ‌MagSafe‌ wallet available New now for $59. 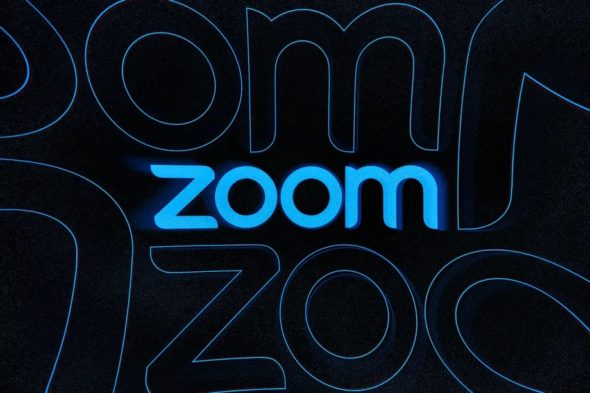 The popular Zoom service is rapidly developing and becoming more popular, and the company plans to offer real-time translation (for up to 30 additional languages) by the end of next year.” The company didn't give details about which languages ​​will be supported and when, but said these improvements are a direct result of the app's improved capabilities with AI it gained through the acquisition of German translation company Kites. 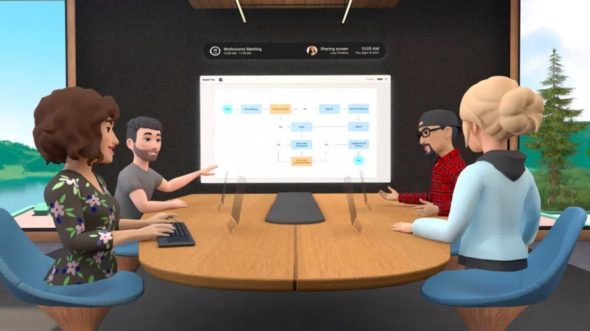 Also in interesting news, the Zoom application will support the VR meeting space on Facebook's Oaks glasses, and the application will enable you to host video meetings and connect to Zoom Whiteboard in virtual reality. 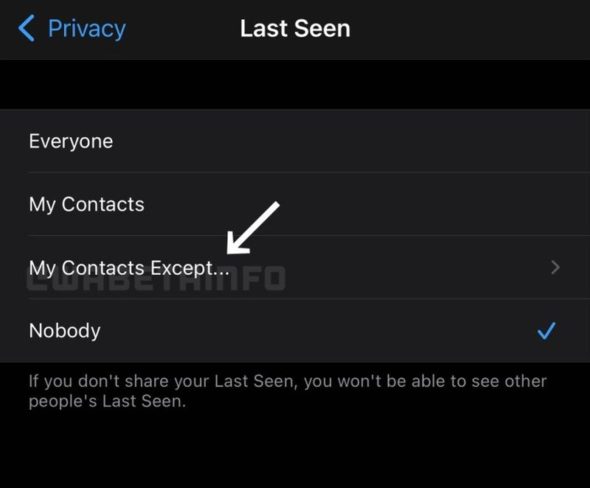 Houseparty, the social video chat app that was acquired by Fortnite maker Epic Games for $35 million, will be shutting down in 2019. The company says Houseparty will be discontinued in October and has already been pulled from app stores. Also, Epic Games' "Fortnite Mode" feature, which took advantage of Houseparty to bring video chatting to Fortnite players, has been discontinued.

With him money that confuses him, he buys Houseparty for $ 35 million and closes it 😂https://t.co/9jtqHITE12

Amazon starts making its own TVs 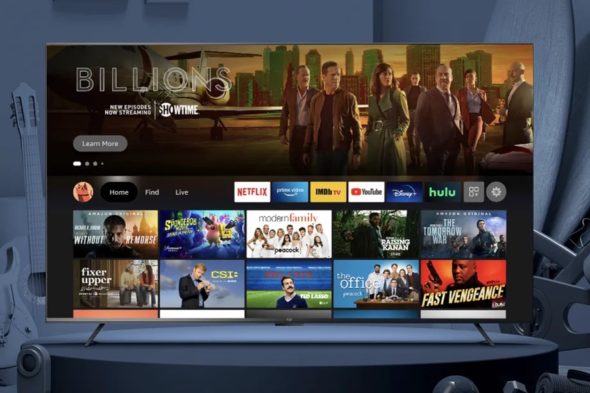 Amazon is now officially in the TV business. The company has announced its first lineup of Amazon-branded 4K Fire TVs, and shipping will begin in October. Now there are Amazon TVs.

Amazon will call the TV model Omni the top model and besides offering high 4K picture quality, another major selling point is hands-free voice control. Amazon TV includes far-reaching microphones on every model in the Omni series, which come in 43-, 50-, 55-, 65- and 75-inch sizes. (Only 65- and 75-inch models have Dolby Vision, but all models support HDR10) 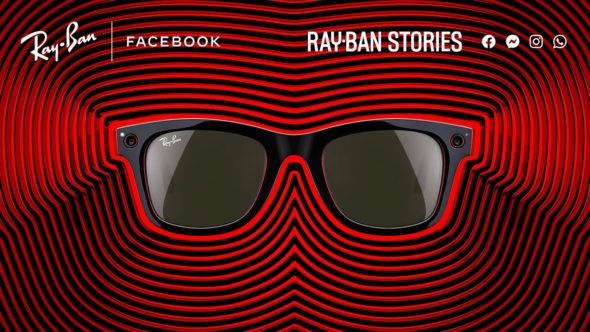 Yes, that's right, Facebook is now on your face and that's because Facebook in collaboration with the famous eyewear company Rayban is launching a pair of glasses with the full support of Facebook.

Designed by Ray-Ban, Facebook has launched smart glasses that can film everything you see, and can upload screenshots to social media to share with friends. The glasses can be used to take photos and videos, thanks to the built-in 5-megapixel cameras. The glasses work with the Facebook app, and the glasses, dubbed Ray-Ban Stories, cost about $299.

Is it possible to buy these glasses?

Android 12 is said to be released on October 4 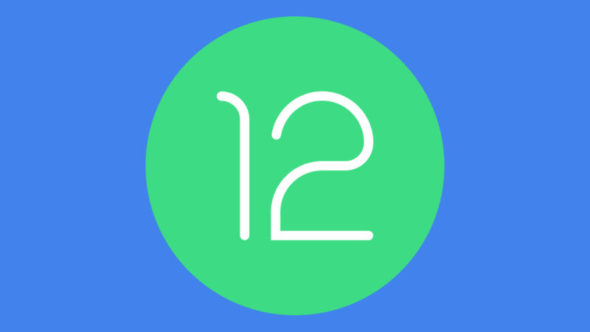 Android 10 was released on September 3, 2019, and Android 11 was released on September 8, 2020. When will Android 12 be released this year? Google hasn't officially announced, but a new report from the popular site XDA for developers claims that Monday, October 4, is the release date for Android 12. XDA says they have a document from Google internally detailing the "tentative" release date for Android 12. The document actually only lists When will the Android Open Source Project (AOSP) source code be released and this proves the official release date because normally it is the same day.

Google makes an official announcement about the Pixel 6 phone

Introducing the Pixel 6. The first phone of its kind released by Google, it gets better over time by learning how to use it and adapting to your needs. It's time for your phone to be as unique as you. 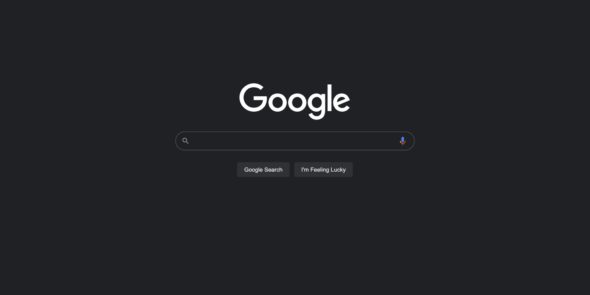 The iPhone 13 advertisement depicted a man using his phone on a motorbike, although Apple warns that exposure to vibrations such as those caused by high motorbikes can damage the iPhone's camera.