A rare computer sold to Apple for half a million dollars, the problem of a broken Face ID after changing the screen in the iPhone 13, Tim Cook owns a cryptocurrency, a problem with the MacBook Pro M1 and M1 Pro, WhatsApp support for multiple devices, and other exciting news on the sidelines… 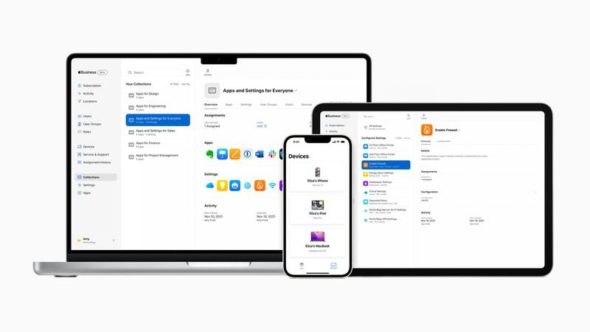 Yesterday, Apple announced the launch of a new service under the name Business Essentials, a new service based on a single subscription that provides tools to manage devices such as iPhone, iPad and Mac in terms of setup, iCloud storage, and Apple support XNUMX/XNUMX with Employees, preparing them and providing an application that allows them to install work applications such as Webex or Microsoft Word.. As companies look for new ways to deal with remote work. It is a service similar to the services provided by Microsoft and Google in providing the necessary tools for companies and schools, as these two companies dominate the education and business services markets.

Business Essentials is available as a free trial for small businesses in the US with up to 500 employees, and the service will be fully available in Spring 2022. Prices will range from $2.99 ​​per user per month to $12.99 per user per month depending on the number of devices and how much iCloud storage you have Every user needs it.

Today is the first anniversary of the first Apple silicone devices 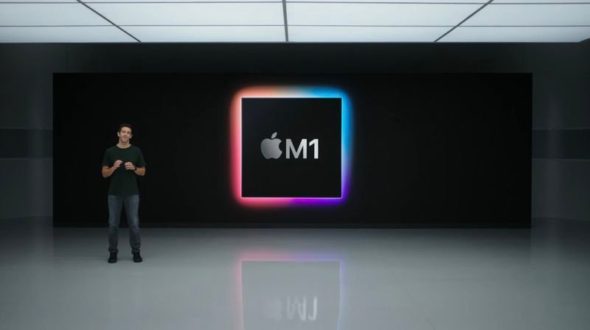 How fast are the days! Today marks one year since the unveiling of the first Macs running on Apple's silicon system. On November 10, 2020, Apple announced the M1 chip, followed by three new Mac devices supported by it, including MacBook Air, MacBook Pro and other devices, respectively. Using the M1 chip, it delivered ground-breaking performance and integrated graphics much faster than Intel processors. To know more information about the M1 processor, follow this page LinkAnd for articles about it, follow this Link.

Rare Apple 1 computer worth half a million dollars 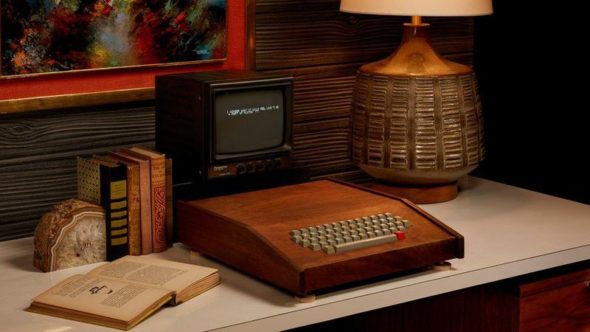 A rare fully functional Apple-1 computer has sold for $500 at an auction in California this week. The rare Apple-1 covered in koi wood had "only 6 wood-reinforced devices" only two owners, a college professor and student who sold the device to him for $650. The sale included user manuals and Apple software on two cassettes. Apple co-founder Steve Wozniak is believed to have built 200 Apple-1 computers and sold only 175 of them in 1976, making it a rare collector's item. 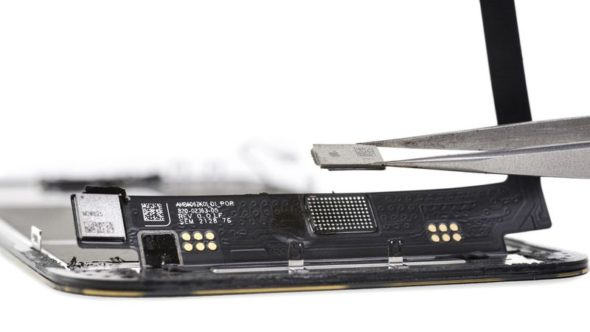 After the iPhone 13 models were released, repair company iFixit and others found that replacing the iPhone 13 screen outside of Apple disables FaceID, Apple added a microcontroller that pairs the iPhone 13‌ to its original screen and using only Apple tools when repair and replacement can restore this pairing , which independent repair outlets cannot access. Without this pairing process, switching the iPhone 13's screen to a new one will result in an error message saying "Face ID cannot be activated on this iPhone".

After widespread feedback, Apple decided to change its policy, telling The Verge that it plans to introduce a new update that allows for out-of-the-box fixes that don't disable Face ID.

Tim Cook: Anyone who wants to install apps from an unknown source should use Android 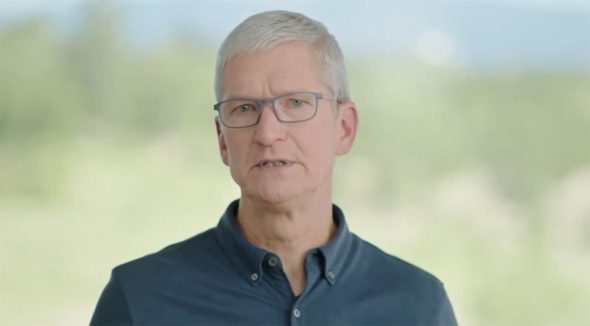 Amid a growing amount of scrutiny and tension surrounding the Apple App Store and how users download and install apps on the iPhone, Tim Cook said customers who want to download apps from unofficial sources should consider purchasing an Android device because the iPhone experience is keen Their security and privacy, likening this to car companies selling a car without airbags or seat belts, saying that it would be a “big risk” and that sideloading is a cybercriminals best friend.

Apple said studies have shown that Android phones have been attacked by malware 15 to 47 times more often than iPhone malware. The newspaper added that this is closely related to the sideloading, i.e. from unknown sources. 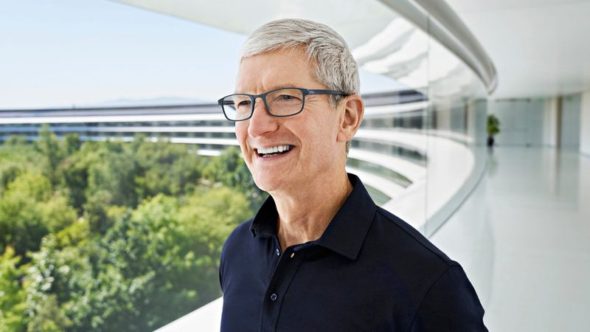 Tim Cook has publicly revealed for the first time that he has personally invested in cryptocurrency and has been interested in it for a while. This came at the DealBook Summit in the New York Times, where he was asked about privacy, sideloading of apps, and more, and in response to whether he owns any cryptocurrency, Cook replied, “I own,” adding that “it makes sense to own it as part of a diversified portfolio.” And, by the way, I am not giving investment advice to anyone. Cook said Apple had no "urgent" plans to accept cryptocurrency as payment for its products or within Apple Pay, and that it had no plans to invest in it. 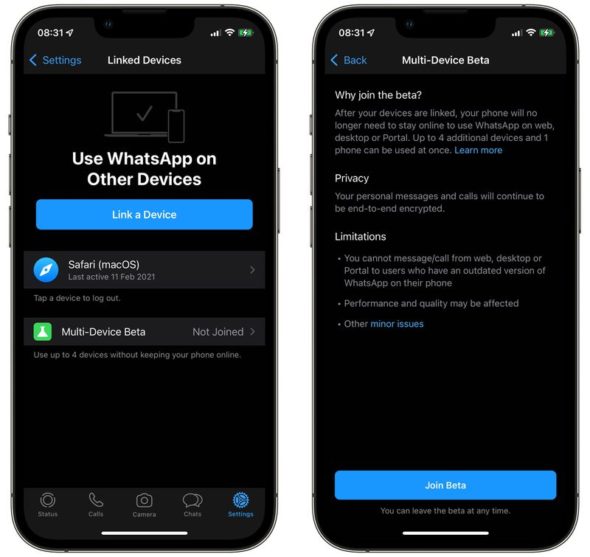 WhatsApp has introduced multi-device support for all users on iOS and Android, allowing it to be used on up to four linked devices without users having to call.

To enable multi-device support, users need to update the app to the latest version and then join the multi-device beta. Launch WhatsApp on the iPhone, then select Settings - Associated Devices, then select the Multi-Device Beta, then click Join Beta. Once this is done, you will be able to start linking the devices.

Once your devices are linked, messages can be sent and received using the WhatsApp desktop or web app and your phone won't need to stay connected to the internet, although it's currently not possible to delete messages or threads from a linked device. 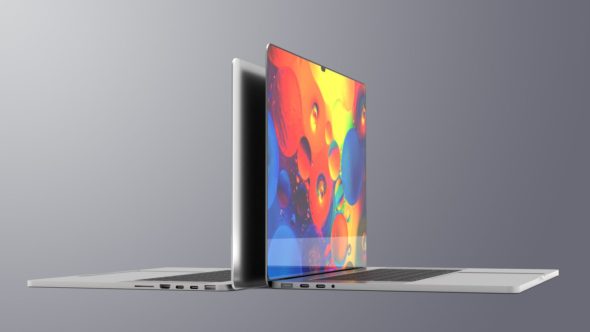 Some 14 and 16-inch MacBook Pro owners have experienced kernel crashes when watching HDR videos on Safari or in the YouTube app resulting in a kernel error on macOS Monterey 12.0.1. Watching YouTube in full screen mode and then exiting it can cause the error, and this appears more frequently on 16GB devices other than 32GB and 64GB devices which can also be affected but in very few cases, and also this may cause a device reboot .

The current beta version may fix this issue soon.

◉ Apple celebrates 40 years in France and announces the launch of a new Apple Music studio in Paris. Apple has highlighted its achievements in France over the past 1981 years. Apple started with a small sales team in 2700. It now has 20 employees, 500 stores, and nearly 250 suppliers. in the country. The company added that iOS now supports nearly XNUMX jobs across France.

◉ The UK Supreme Court is biased towards Google in restoring its appeal against a lawsuit accusing it of incorrectly tracking users inside the Safari browser on the iPhone without their consent, and the judge described the lawsuit as “a lawsuit filed on behalf of individuals who did not authorize it” and they are the main beneficiaries of it. Any compensation they are financiers and lawyers.

After a virtual hearing yesterday, Judge Yvonne Gonzalez Rogers rejected Apple's request to delay implementing a permanent injunction requiring it to make significant changes to the App Store that are adding in-app links to external websites, paving the way for alternative payment options outside the app itself.

◉ Apple announced that Alex Gorsky, Chairman and CEO of Johnson & Johnson, has joined its board of directors, described by Tim Cook as a visionary in the field of healthcare, and that Apple will benefit greatly from his experience. 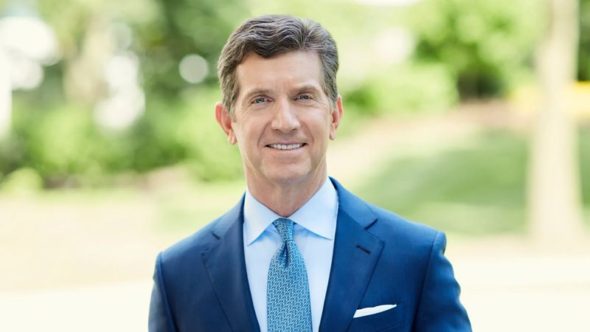 ◉ Former Apple chief design officer, Jony Ive, confirmed that he is still working with Apple, as he confirmed in an interview with Anna Wintour of Vogue, I participated in a session entitled “Designing for the future we want to live in,” where he talked about topics including wearable devices and his LoveFrom company, and talking about Steve Jobs, he mentioned that in addition to working with Apple he worked for companies such as Airbnb, Emerson Collective, Moncler, Ferrari and others.

◉ Netflix today announced the launch of Netflix Games for iOS, a week after the feature was rolled out to Android devices. Netflix Games, which is included with a Netflix subscription, allows users to play a few games on their mobile devices.

◉ Instagram is preparing to launch in-app subscriptions, allowing users to pay for exclusive content from their favorite creators as the platform looks to move away from traditional ads for monetization.

◉ The US Department of Justice announced today that it has arrested Ukrainian Yaroslav Vasinsky for his involvement with the REvil group that carried out ransomware attacks against companies and government entities in the United States.

◉ iPhone 13 availability is expected to improve in the coming weeks as the holiday season approaches, which may ease analyst and customer concerns that product availability will remain exceptionally tight as consumers begin holiday shopping.