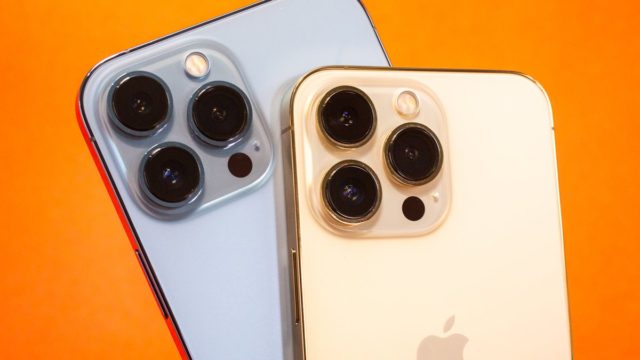 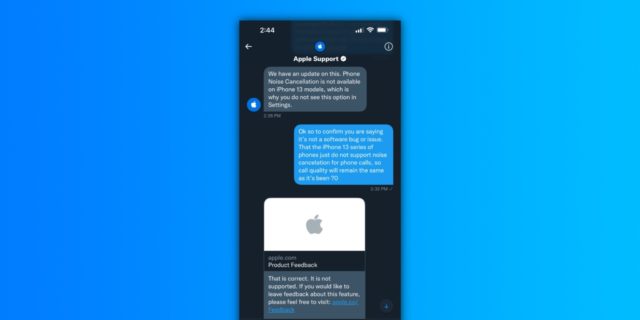 A Reddit user noticed last month that his iPhone 13 did not support the noise cancellation feature for phone calls, and indicated that the setting for the feature was not present in his iPhone from the ground up. In addition, others said that the feature is present but it does not work So if you are in a noisy place, the other party will not hear you clearly during the call.

Share a user with a site 9to5Mac A conversation he had with Apple Support, who explicitly informed him that the noise cancellation feature is not available on iPhone 13 devices, so if you try to search for its option in Settings, you won’t find it, and when the user asked them that it’s not a problem that will be fixed, Apple Support answered “ That's right, the feature is not available.

After a while, another user aware of the problem said, “iPhone 13 never had this feature with iOS 15 because it caused problems. I've been talking to Apple Support about this, it's a known issue they're working on with no timeline to resolve it at the moment and this issue is also causing issues and echoes on CarPlay."

Finally, there seems to be a problem with the iPhone 13 devices that prevents Apple from providing the feature on its latest devices, however, the company offers a similar feature called Voice Isolation, but it is only for FaceTime calls and for phone calls, it seems that the feature has been removed and will not be available soon You will have to use AirPods Pro if you want to take advantage of the noise cancellation feature.

Do you have an iPhone 13 and noticed that the noise canceling feature does not work during calls? Tell us in the comments