Some users reported a random issue with the iPhone 13 screen turning pink when in use, making it impossible to use the phone, but the screen returns to working normally when the phone restarts. One user wrote on an Apple Support forum in October that his iPhone 13 Pro screen turned pink and started crashing randomly, and despite replacing their iPhone, several other users started reporting this issue within weeks. and previous months. 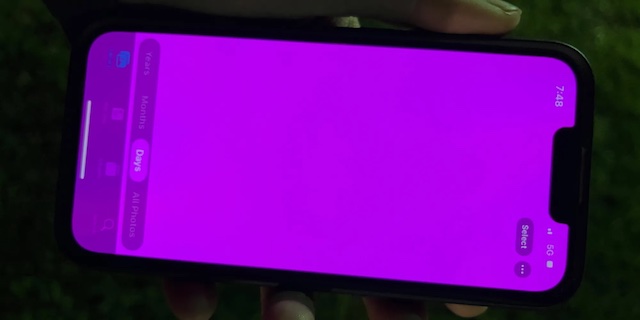 While some customers managed to get a new iPhone 13, others didn't have the same luck, as Apple said it was just a software bug, and it will be fixed in an upcoming update.

With all these reports, the blog "My Drivers" discovered that Apple made a statement on the Chinese social network "Weibo" this weekend. This is because most cases apparently come from China. Apple said:

We haven't noticed that there is an issue related to the iPhone hardware and it seems that the [pink screen] issue is caused by a system issue.

Apple advises users to back up their data and install the latest available update to rule out incompatibility between the app version and the iOS version.

So far, it has not been mentioned that the upcoming iOS 15.3 offers a fix for the pink screen bug. But it is clearly not a big problem as it does not recur often, and restarting the device immediately fixes the problem, but in the end it is a worrying thing. We did not buy iPhones until we encountered these random problems.

Have you ever had this or any other problem with your device? Tell us in the comments.