Important update for iOS and remove the bump of the iPhone 14 Pro and improve the work of Airpods on Windows and other exciting news in the sidelines! 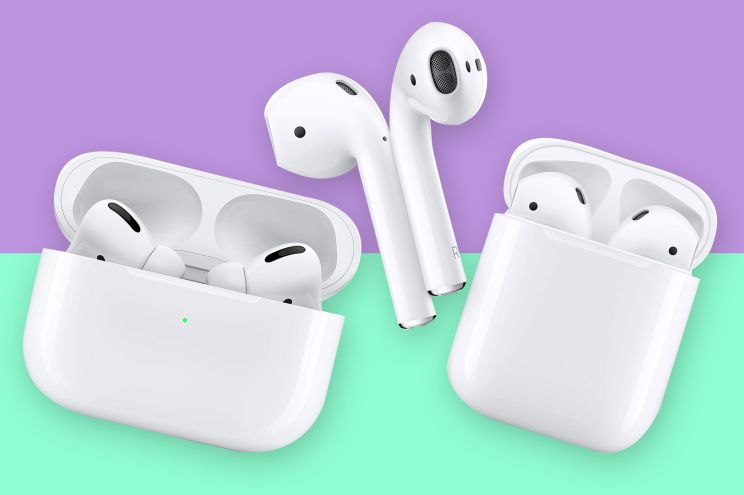 It is well known that using Airpods with Apple devices is best, but for many Windows device owners who need to use their headphones for digital meetings in order to work, there was a basic problem which was poor sound quality when connecting the headset to a Windows device, and Microsoft fixed this problem in an update that will Coming to Windows 11 devices soon. 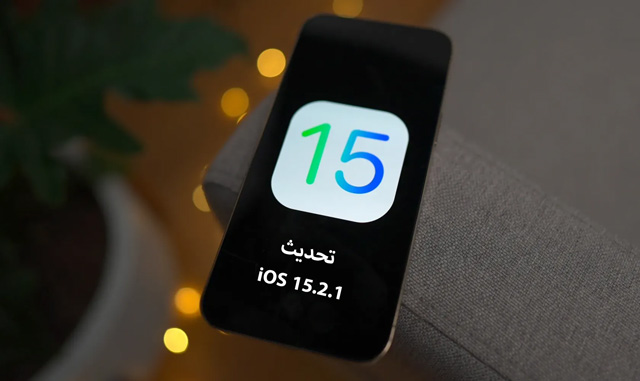 After the problems of the 15.2.1 update and the confusion of its launch as it was initially announced without announcing the new in it and then modifying the update page, Apple confirmed that it was solving a security vulnerability in the smart home system that could have caused problems for the system.

We advise everyone to update. 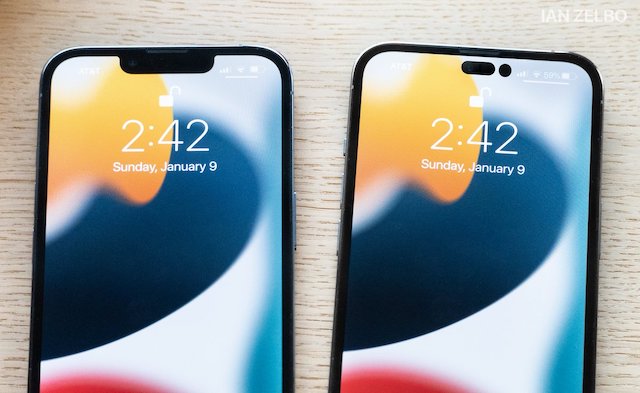 Years after Apple adopted the well-known notch on top of the screens of its devices, new leaks indicate that the notch will be removed from the iPhone 14 (Pro version only) to be replaced with a smaller hole for the camera and the FaceID sensor.

What do you think of the expected design? 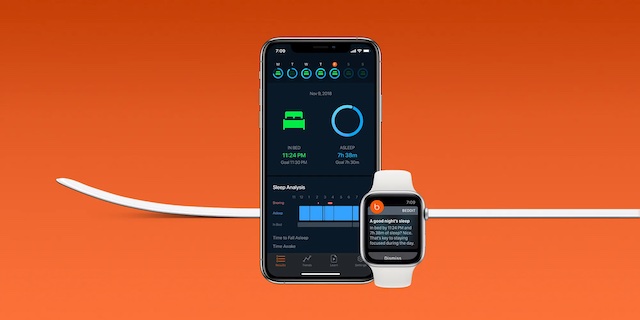 With the increasing reports about the upcoming Apple Watch, this week comes the news of Apple stopping the Beddit app, which it acquired years ago, and this application specializes in advanced sleep tracking. This step confirms expectations that the next Apple Watch will contain a more detailed sleep tracking, but is the company finally improving the battery so that we can use it without the need to charge it daily?

Gmail on iOS Gets a Better Widget

Long after the iOS widget was launched, the popular Gmail app is getting a widget that displays your most recent messages in the mailbox, and I don't know why Google took all this time.

The Uber app has stopped on the Apple Watch 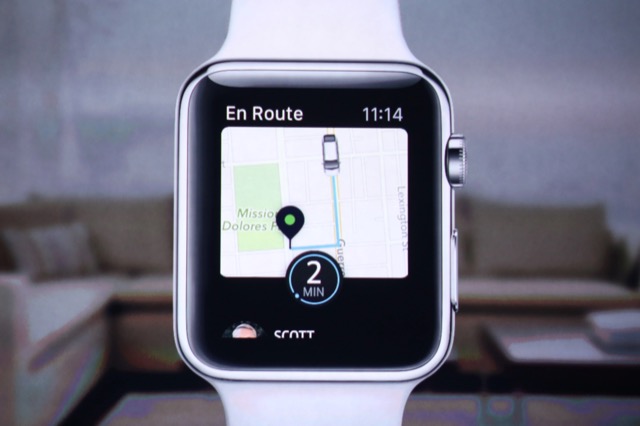 The famous Uber company has announced the taxi request service to support its application on the Apple Watch, and this decision comes after a number of other major companies that made a similar move. It seems that these companies are starting to understand something important, which is that the user of the watch wants to do quick things on it or see information, not to use a program that has a lot of pressure and reading.

Finally we can buy computers

One of the biggest effects of the Corona pandemic globally was the problems in the availability of processors for the manufacture of phones, computers, cars and others, which led to a shortage of many devices and their high prices. You can buy it in advance at its original price. congratulation.

Find My service starts showing up in bags 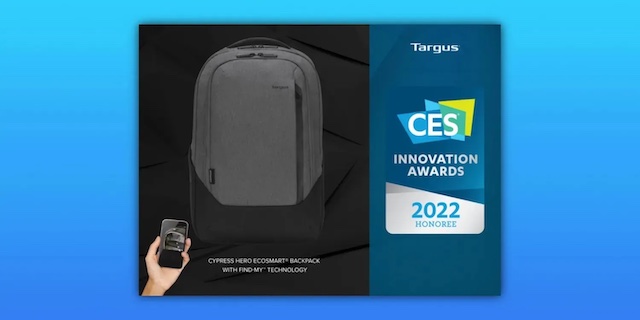 Apple launched Find My and announced that accessory makers will support it in their products, and this week we saw several new products that support Find My stuff like a wallet card and a backpack from a manufacturer called Targus. Although this particular bag does not impress me with its shape, I am waiting for the feature to spread and reach other wonderful bags. 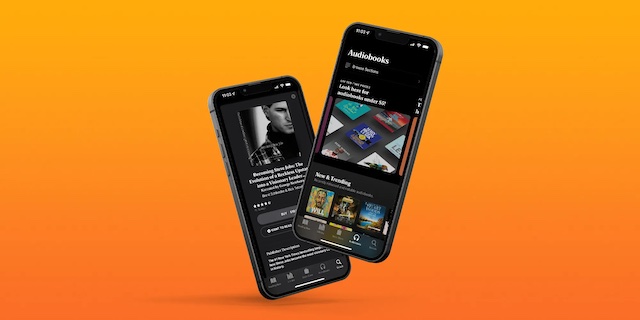 A new report published by The Economist indicated a leak in one of the Apple documents indicating that the company could enter the field of selling audio books through a monthly subscription, in a service such as Audible from Amazon or the famous Storytel in the Arab world. 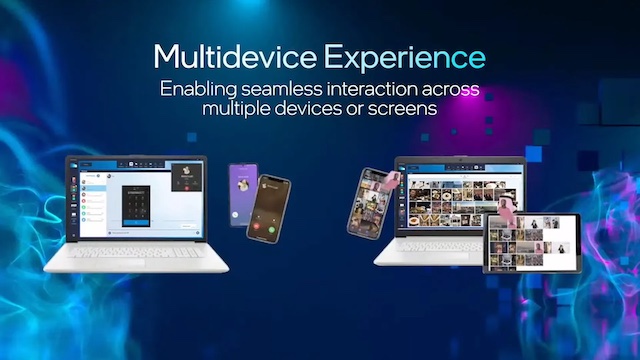 Intel announced at its latest conference that it wants to work on features to support i-Message and the iOS Health app in Windows on devices that have an Evo license, which the company gives to computer manufacturers based on certain conditions, and Intel said it wants to work "with partners" to ensure this works. The features are smooth, but is Apple satisfied with this collaboration? It seems unlikely. If Apple wanted to support i-Message on Windows, it would have launched its own application without the need for Intel.

So Intel might try to support the feature unofficially by cheating with technology from a company that was making a sync app that Intel acquired some time ago. I smell issues from my place here.

The first iOS app programmed on the iPad 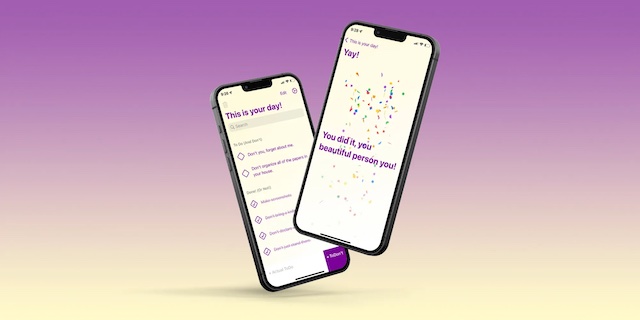 Apple launched a long-awaited possibility, which is programming on the iPad, and although it did not launch the Xcode application for making applications with all its great advantages, it did allow the playgrounds application, which is dedicated to teaching beginners programming to make complete programs and publish them on the App Store from the iPad. Already published the first app using Playgrounds, a personal memo app (sort of a comic) called ToDon't, and the app developer praises the ease of using the iPad for programming the application highly, maybe it's your chance to enter the world of programming with your iPad? 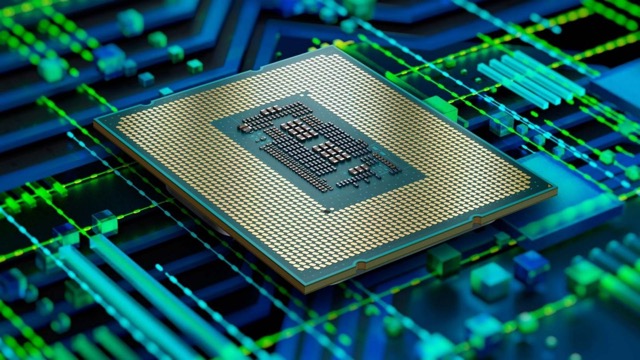 Intel is trying these days to return to innovation and renewal after seeing its place in the market budge by events such as Apple's move to its own processors and also AMD's big win over it in the past years. So the company decided to acquire new employees to lead the company's new era, including Jeff Willox, the developer who was part of the leadership team to transition to Apple chips on the Mac devices. 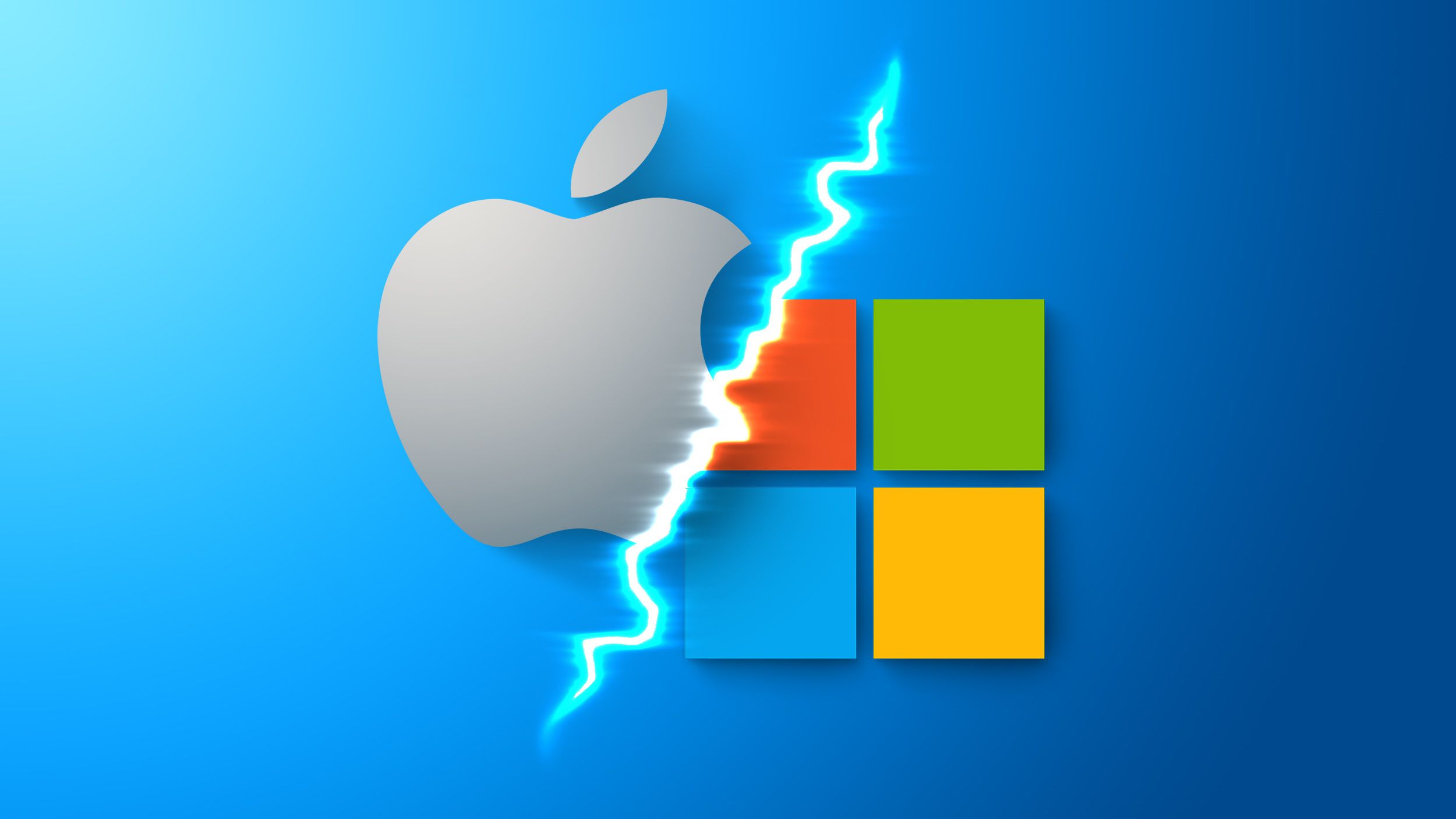 It seems that these days are not the best days for Apple at all in terms of its employees, after Facebook tried to get engineers from Apple and also Intel, Microsoft comes and hires Mike Flipo, one of Apple's senior chip engineers, according to reports from Bloomberg Agency.

iPhone SE in the month of next March 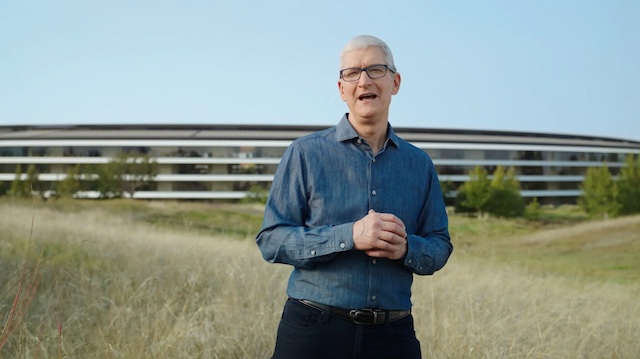 If you are planning to buy the iPhone SE 2020, you may want to wait a bit, as new reports indicate that the conference to announce the new generation of it and is expected to come with a processor A15 and 5G technology may be held in the month of March next.

15 years since the first iPhone 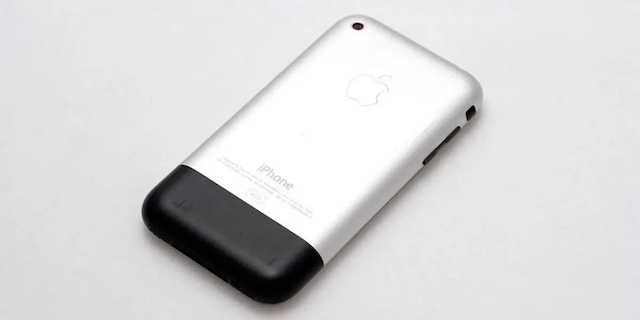 Outage in cloud services and photos 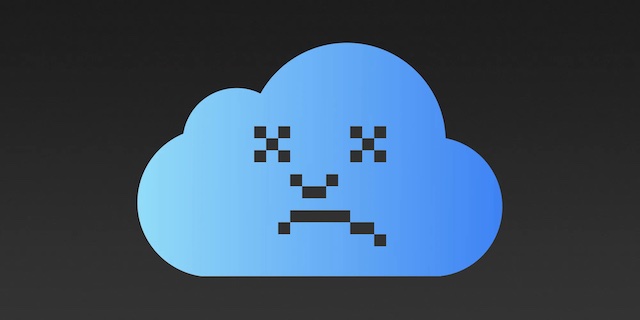 A problem occurred during the week with Apple servers that led to the interruption of some Apple cloud services, including photo services, and it slowed down the service or stopped working completely for many users for more than 8 hours, and the problem has been resolved. 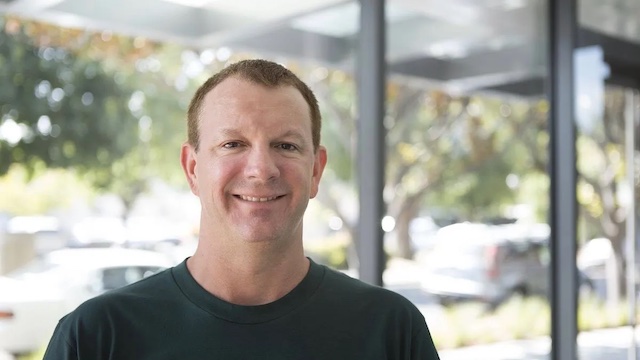 Brian Anton, one of the founders of WhatsApp, left the company a while ago due to disagreements with Mark Zuckerberg. Or will this site be handed over to others soon?

Mac grows faster than everyone else 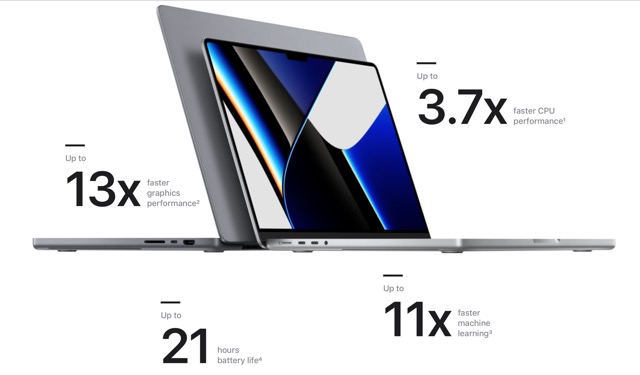 The growth of Mac sales for this year has topped the sales board, surpassing all competitors (sales growth over past years and not an increase in the number of devices sold), and this is attributed to Apple's launch of its new devices with M1 pro and M1 Max processors, as well as the iMac with M1 processor. Will Apple continue this rapid growth?