There is no doubt that the popularity of AirTags has raised concerns about the ability to misuse them to stalk and track other people and their property, and it is ironic that AirTag has received a lot of negative criticism, for safety considerations, although Apple is not the first company to offer tracking technology These were preceded by companies such as Tile and Samsung, and despite Apple's efforts to make AirTag more secure, it faced criticism from domestic violence advocacy organizations early on for not doing enough to prevent stalking. The allegations of these organizations may be true and their suspicions valid. 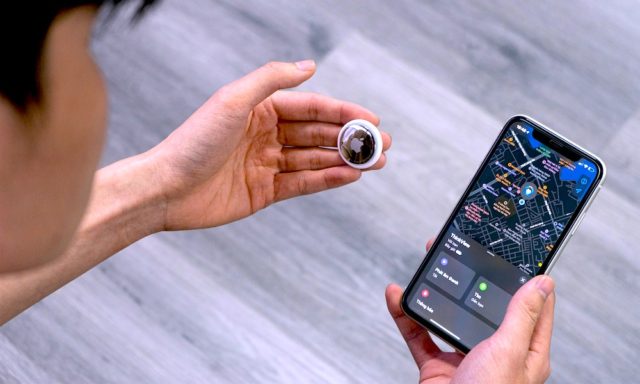 For iPhone users starting with iOS 14.5 or later, they receive an indication that there is an AirTag nearby and moving with them.

For those who do not have an iPhone, Apple has included a sound alert feature, but this will not work until the AirTag is separated from its owner for three days. This allows more than enough time for the stalker to track down the victim's home address.

Apple reduced the duration of the audio alert to hours, rather than days, and eventually launched an Android app that could at least be used to search for any nearby AirTags.

In spite of this, but there are still some risks and concerns, but this is not on Apple’s side, some people have found that there are AirTags modified so that they do not make sounds after their speakers have been disabled, and this is enough to cause concern for many people, and on Apple Work to find solutions to calm them down.

Apple issued a statement to provide an update on what it does with AirTags to prevent unwanted tracking, and announced new steps to raise public awareness, warning screens and new features that should help prevent AirTags from being used for malicious purposes. Apple said:

AirTag is designed to help people locate their personal property, not to track people or their property, and we condemn in the strongest possible terms any malicious use of our products. Unwanted tracking has always been a societal problem, and we took this concern seriously in designing AirTag

In the statement, Apple focused on reminding everyone that it was already far ahead of its competitors in providing security features, noting that it “She was the first to invent the spam tracking alert".

Apple also notes that it is working closely with safety groups and law enforcement to find ways to update AirTag security warnings and "protect against further unwanted tracking," and said:

Without going into details, Apple also adds that it has "already entered into a successful partnership" with law enforcement to provide AirTags tracking information to perpetrators who have been "caught and charged" as a result.

AirTag and find my network

Apple has announced several practical changes it will bring to both AirTags and Find My Network in general, including new privacy warnings, improved alerts, and better documentation and communication regarding how these features work. 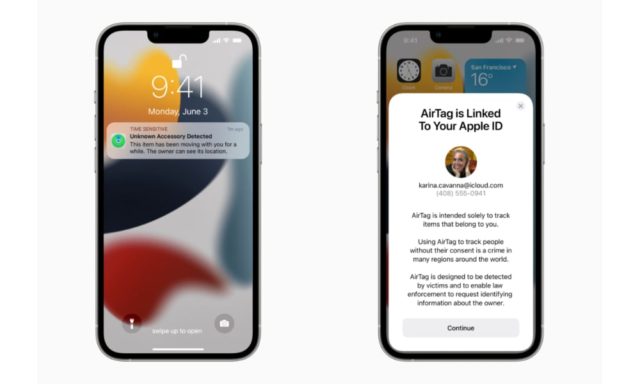 ◉ New privacy warnings will appear when AirTag is set up to confirm that it is for use with the user's private property only. The warning will also state that it is a crime to use AirTag to track someone without their consent, victims will likely be able to discover the AirTag, and that Apple will work with law enforcement to help them find the owner.

◉ Alerts will now correctly identify your AirPods. Apparently Apple missed some of its own alerts when it released Find My, optimized for AirPods, last fall. As it currently stands, users will receive an “Unknown accessory detected” alert when AirPods or a third-party Find My network accessory move in with them. While Apple notes that the AirTag will always be identified by name, it plans to make sure that the alert will also correctly indicate when the unknown device is a set of AirPods.

◉ Updated documentation and support articles will provide more details about the security features included in AirTag and Find My Network extensions, scenarios that might trigger an alert, and more visual examples to help users understand what these mean. Many of these changes have already been introduced in Apple Support article about unwanted tracking.

Apple says the aforementioned changes will arrive in an upcoming update, likely iOS 15.4, but that only reflects its immediate plans, as there are many other things Apple plans to introduce later this year.

◉ Exact search will be available to anyone who receives a spam tracking alert to help them correctly locate the unknown AirTag. Currently, users can force AirTag to play a sound, but that doesn't always help narrow its location. People with an iPhone 11 or later will be able to use the exact search feature in the same way that an AirTag owner can help them locate the exact AirTag.

◉ Visual alerts will now accompany the AirTag's audio alert to ensure users are notified in scenarios where they may not be able to hear the AirTag. While most users will likely see an “AirTag was found moving with you” alert long before the audible alert goes off, this should help ensure that they are notified in more cases.

◉ Improved spam tracking algorithms should also ensure that users are proactively notified if an unknown AirTag moves with them. Since things are working now, these alerts often don't appear until the user returns to a site they visit regularly, such as their home. By then, it would be too late, and the stalker had already found his location. Apple plans to improve its logic to ensure these alerts arrive sooner.

◉ Make alerts more audible by setting the AirTag sound to use higher tones to make sure people will be able to hear an unknown AirTag when it fires automatically or is easy to track when they get a report on their iPhone.

Apple didn't provide any details about when these last few changes would appear, saying "later this year." While modifying alert tones will likely require an AirTag firmware update, most other improvements should be introduced in a future iOS release.

Alerts and notifications are generated by the iPhone when it detects an unknown AirTag. This is not based on AirTag firmware, which means there is no actual way for anyone to hack AirTag to disable these alerts.

What do you think of the upcoming updates of AirTags and do you see them as enough? Tell us in the comments.