Last February, Samsung unveiled the S8 Ultra, a high-end tablet with a 14.6-inch OLED screen that aims to outperform the iPad Pro. Looking at YouTube reviews, did Samsung really offer a better device than the 12.9-inch iPad Pro? 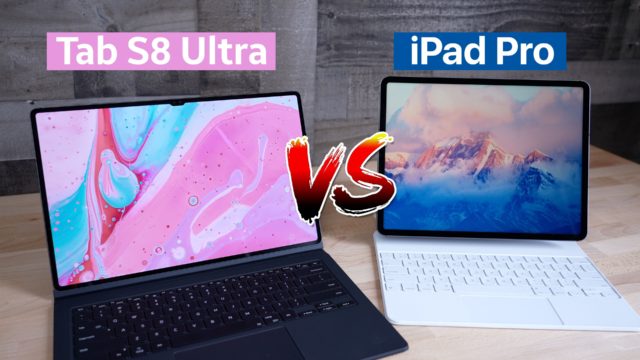 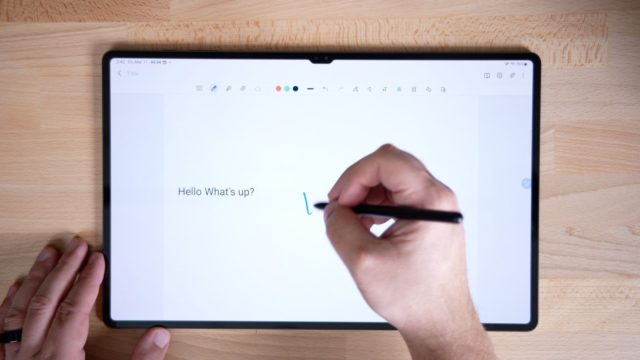 The Samsung Tab S8 Ultra is designed with thin bezels, with a notch for the front camera, although it was previously mocked, and in contrast, iPads do not have a notch currently, so Samsung is working on laying the foundation stone for the front of the tablets.

Despite the notch, the Tab S8 Ultra screen is its best selling point, and a distinctive OLED screen on the mini-LED screen of the iPad Pro, to avoid the disadvantages of OLED screens, which include some unwanted effects on the screen permanently, especially when viewing content High contrast. 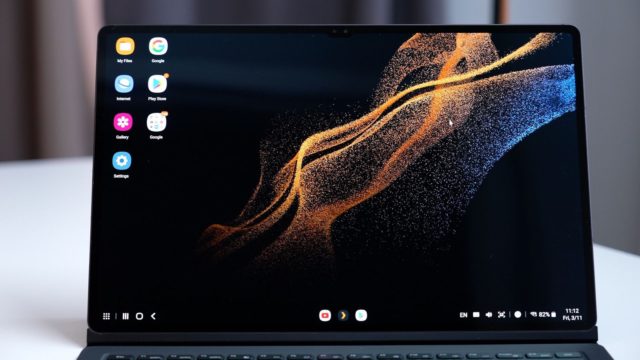 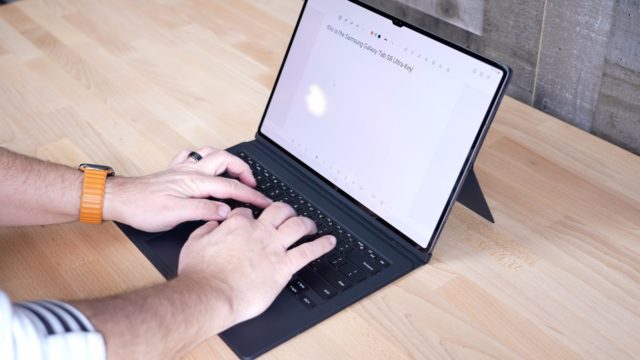 There is a built-in facial recognition system, but Android devices have not yet provided technology equivalent to Face ID, so it is limited in scope and cannot be used for purchases or password authentication, instead, there is a fingerprint reader built into the power button, similar to iPad Air. 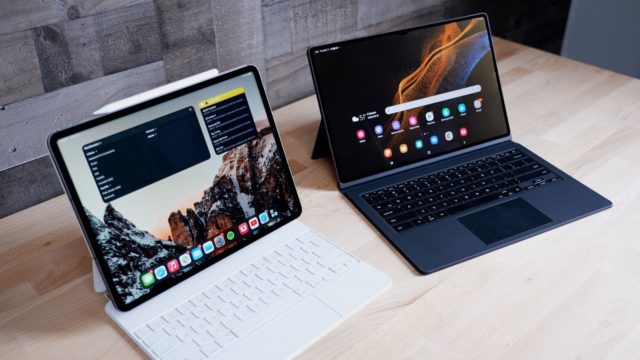 The iPad Pro has an Apple Pencil as an input device, and the Tab S8 Ultra has an S-Pen, which is already included in the device box so that it doesn't require an additional purchase, and the S-Pen is richer than the Apple Pencil with pneumatic commands as well. To support the standard stylus, the Apple Pencil and S-Pen work similarly, with minimal lag and palm rejection capabilities. 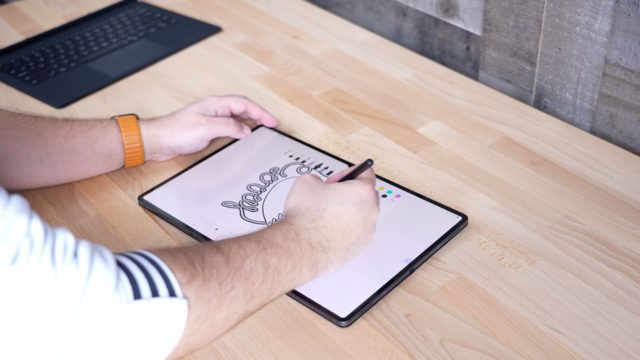 You can get a keyboard with a keyboard for the Tab S8 Ultra for an additional $350. The keys are fine, but the trackpad is less user-friendly than Apple's Magic Keyboard. The battery life is similar, but Samsung offers 45W fast charging so you can charge faster.

When it comes to hardware, the Tab S8 Ultra and iPad Pro 12.9-inch are similar and both are excellent, but the system is what sets the two apart. iPadOS can provide a better desktop experience, but it still outperforms Android tablet software. From Samsung, apps don't always work properly, they're missing a lot, and there are many other issues. 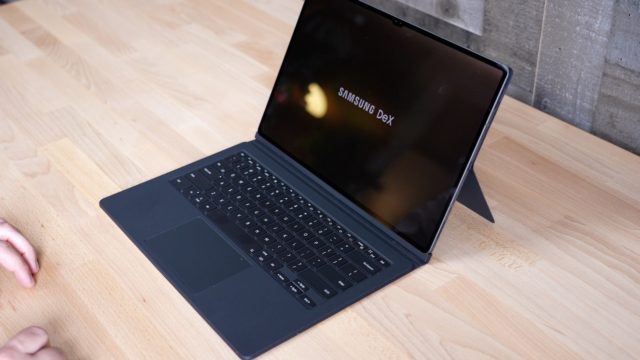 Samsung developed DeX, short for “Desktop eXperience,” to use the tab just like a computer by connecting a mouse, keyboard, and monitor. It's similar to something like Chrome OS with a customizable Dock bar, but it's still a complete PC replacement, like the iPad Pro. As for performance, the M1 chip is noticeably faster, and there's no real competition. 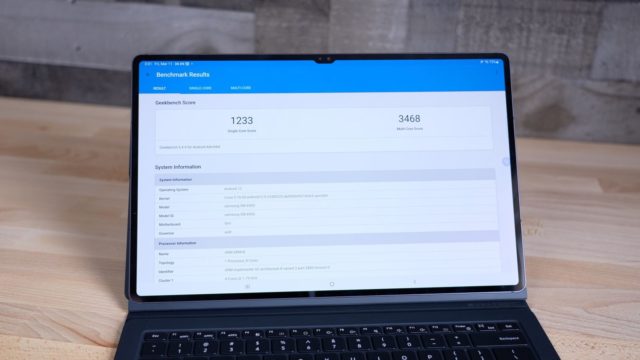 In summary, the iPad Pro wins due to the system, applications, and performance of the M1 processor. Loyalty to the two companies may dominate the choice, as the Samsung and Android user will not want to buy the iPad, and the same applies to users of Apple devices, and everyone is locked inside the walls of his beloved company.

Have you tried the Samsung Tab S8 Ultra? Or would you prefer the iPad Pro anyway? Tell us in the comments.