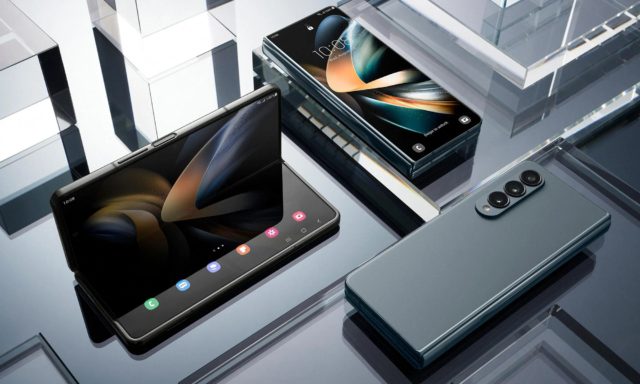 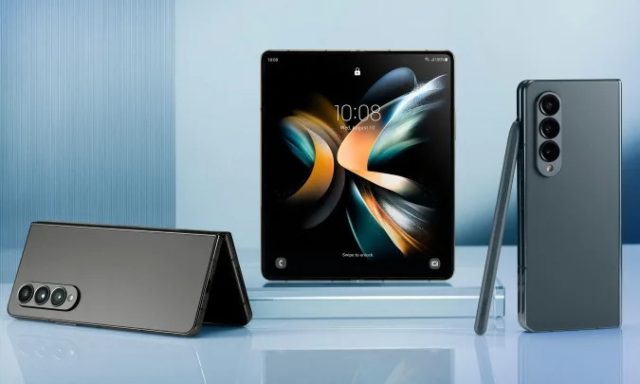 The Galaxy Z Fold 4 foldable phone is the star of the main event, and the specifications of the phone are as follows:

◉ The latest first generation Snapdragon 8 Plus processor reaches speeds of up to 3.2 GHz, 5G connectivity.

◉ Triple camera similar to the array of cameras on the Galaxy S22 and S22 Plus, as follows, a 12-megapixel ultra-wide camera, a 50-megapixel main camera, and a 10-megapixel telephoto camera that supports 30x zoom. In addition to a 10MP selfie camera and a 4MP camera, the main camera features a 23% brighter sensor and improved processing power for improved photos.

◉ The phone ships with Android 12L focused on tablets, and it features a redesigned taskbar for more efficient multitasking, with support for more apps dedicated to such phones.

◉ Pre-orders for the phone start today, and it will be available in stores on August 26. And if you pre-order the phone, you'll get up to $1000 off, swaps, free memory upgrade, protective cover and pen pouch, and $100 Samsung credit. 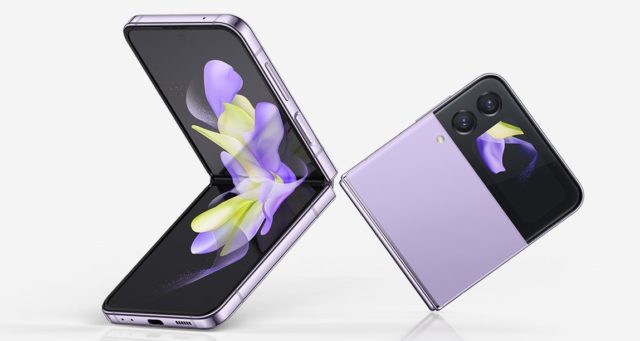 Along with the Z Fold 4, Samsung announced the $4 Z Flip 999. The design of the Flip Phone, as its name suggests, folds vertically like an old phone. Among the phone's specifications:

◉ 6.7-inch screen When opened, and when closed, there is a 1.9-inch cover screen on the front of the phone for functions such as seeing incoming calls or answering text messages.

◉ When you pre-order the phone between August 10 and August 25, you'll get a "Free Memory Upgrade" that doubles the storage, up to $900 off trade-in, plus a silicone case or strap, and a cover.

◉ Samsung says the main camera is 65% brighter than that of its predecessor.

◉ The company has also tweaked the design to incorporate a slimmer hinge and added new software customization options for the front screen. 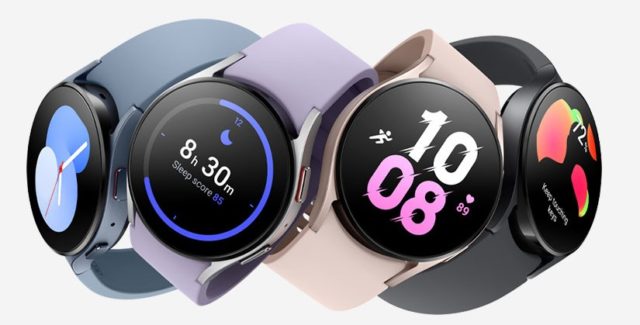 ◉ The two watches are equipped with a scratch-resistant sapphire crystal glass that is up to 60% stronger than the previous version.

The company has reshaped the back of the watch that covers the sensors to be larger so that it touches a large area of ​​the wrist.

◉ The Pro model features a titanium body, a larger 45mm screen, and a 590mAh battery.

◉ The Galaxy Watch 5 starts on sale at $280 and will be available in stores on August 26. You can pre-order starting today.

◉ In addition, both models can monitor your sleep, monitor 'snoring' levels, monitor blood oxygen, and provide guidance based on overall results, as well as measure heart rate, blood oxygen level, stress level, and support ECG and temperature sensing. This is a feature rumored to be coming to the Apple Watch 8, other than the integration with the smart home.

◉ Both the Watch 5 and Watch 5 Pro are covered with sapphire crystal, which increases the durability of both.

◉ Both models are available for pre-order now, with the Samsung Watch 5 starting at $279 for the Bluetooth model or $329 for the LTE version. 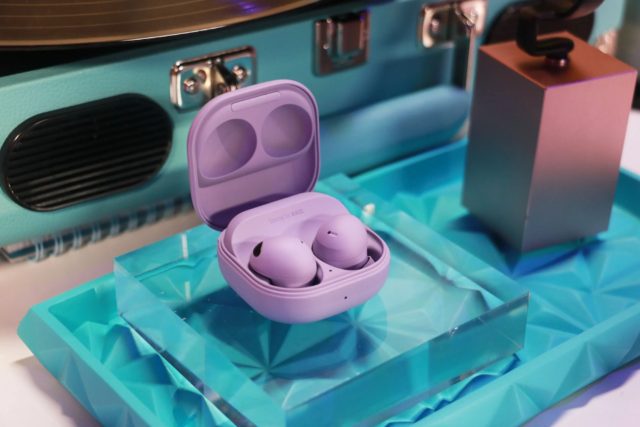 ◉ The Galaxy Buds Pro were among the best wireless earbuds you could buy last year. And it looks like the new Buds 2 Pro headphones got a big upgrade.

◉ And with a 15% smaller design, Samsung says it should also fit better.

◉ But the most interesting addition is a feature called Smart Voice Detection, when you start talking to someone, the Galaxy Buds 2 Pro will automatically turn off the ANC feature and lower the volume of your music. The new earbuds are available for pre-order today for $230, $30 more than their predecessor.

Samsung launched five new products in total. Two new phones, two new watches, and the wireless earbuds, and it's disappointing that Samsung hasn't lowered the price of its foldable phones below the advertised prices.

The changes to phones this year seem to have been mostly small design tweaks and camera updates, with an improved software experience on the Z Fold 4, but the phone could still be the best foldable smartphone from until 2023. Hopefully, a competitor, such as Motorola or any other company is putting pressure on Samsung to help bring down the price of these phones.

What do you think of the new Samsung devices? Tell us in the comments.