A new video reveals a first disassembly and a look inside the iPhone 14 Pro Max, showing an L-shaped battery, updated placements of screen components, bigger cameras, and more, and it was revealed just days before the models are expected to start arriving. The new iPhone 14 to customers. 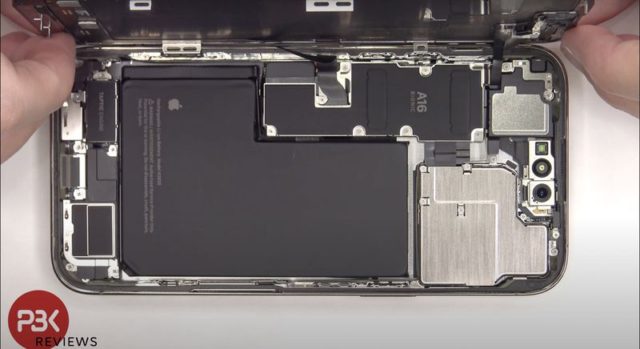 The early disassembly was done by the PBKreviews team, and by removing the screen, it is possible to see most of the internal components of the iPhone, and it shows an internal design similar to the iPhone 13 Pro Max last year, where the arrangement of most of the components looks quite similar but with some changes.

Like last year, the battery in this year's iPhone 14 Pro Max is L-shaped, but it's a little smaller. The iPhone 14 Pro Max has an internal battery with a capacity of 4323 mAh, which is slightly smaller than the iPhone 13 Pro battery. 4352 mAh. Apple claims it can last longer thanks to improvements to the A16 Bionic chip, which was made with 4nm technology. 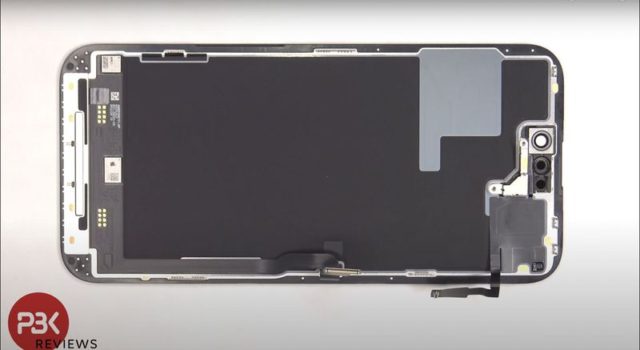 In this image, the back of the iPhone 14 Pro Max's Super Retina XDR display shows a layer of graphite to help dissipate heat.

Next we see the motherboard on the left with a new cover printed with the name of the new processor “A16 Bionic”.

According to Apple, it has made updates to the interior design of all iPhone 14‌ and iPhone 14 Pro models to better manage heat. While this breakdown doesn't directly hint at what these changes are, there is a graphite-coated metal plate covering the main board that transfers and dissipates heat. Apple said during the keynote that all iPhone 14 models have a better thermal system to keep high performance for longer. 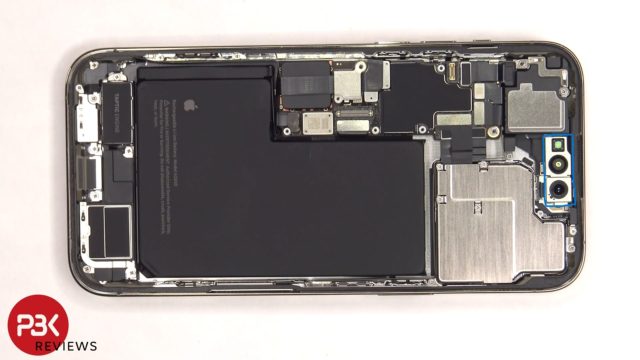 In this image you can look closely at the screen holes as well as where the new proximity sensor is located.

The disassembly also gives us a closer look at replacing the old notch with another system, which consists of a hole and a capsule-shaped slot that has been digitally combined with iOS to create an interactive island.

For the first time on the iPhone, Apple placed the proximity sensor at the bottom of the screen to free up space in the TrueDepth camera system for the face print, so that all components fit in an area 30% smaller than the notch in the iPhone 13.

In previous iPhones, the proximity sensor, which detects the position of the iPhone if it is placed on a table, or in your pocket, and closes during a phone call and brings the iPhone closer to your ear, this sensor is located in the slot along with the components of the face print .

The disassembly also shows the updated rear cameras, a closer look at the earpiece, the satellite module, the absence of a SIM card tray, and more.

iFixit is also expected to do a more detailed breakdown of all iPhone 14‌ and iPhone 14 Pro models shortly after the devices reach customers. The iFixit team's deconstruction will provide a more comprehensive understanding of what has changed internally on the latest iPhones.

What do you think of the modifications to iPhone 14 models? Tell us in the comments.