In previous versions of iOS i.e. before the iOS 16 update, there was no option available to search for duplicate photos and deal with them from deleting or merging, and it was annoying. And if you want to clean up your photo library and you lost a large space due to duplicate or very similar photos, you had to download a third-party app. Now, it's different with the iOS 16 update, because the Photos app will now automatically detect any duplicates in your photos and group them together for scanning. 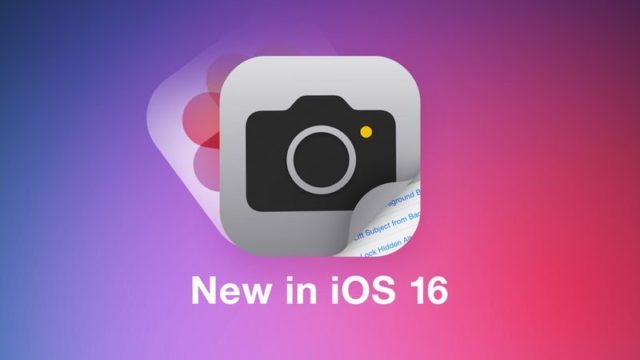 Finding duplicates is easy, since Apple added a new album dedicated to collecting duplicate photos, under the Utilities section of the Photos app. Just click the albums tab and scroll, keep in mind that the album only appears if you already have duplicate photos on your iPhone. 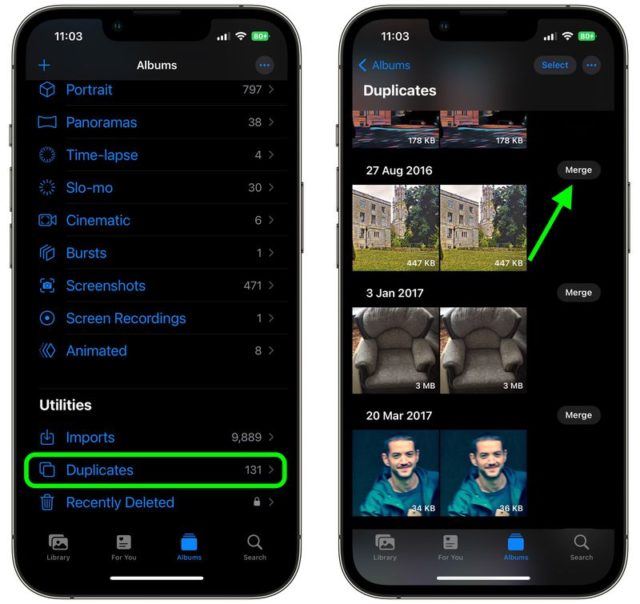 Within Album Repeat, you'll see the duplicates listed in chronological order, with a merge button next to each group. You can click this button to combine the duplicate groups into a single image. Even if you take two very similar photos together, the merge feature will intelligently preserve the highest details and most metadata, creating the best possible photo.

For example, if you have one copy of a high-resolution photo and a second copy with more metadata, Photos will combine the best qualities from both photos into one photo.

You can also merge multiple sets of duplicates, or all duplicates in a photo library, at once, by following these steps.

In the Duplicates album, click the Select option at the top of the screen.

Single-tap the duplicates you want to combine, or tap Select All at the top left of the screen.

Tap Merge at the bottom of the screen, or alternatively, you can delete the duplicates using the trash can icon at the bottom right. 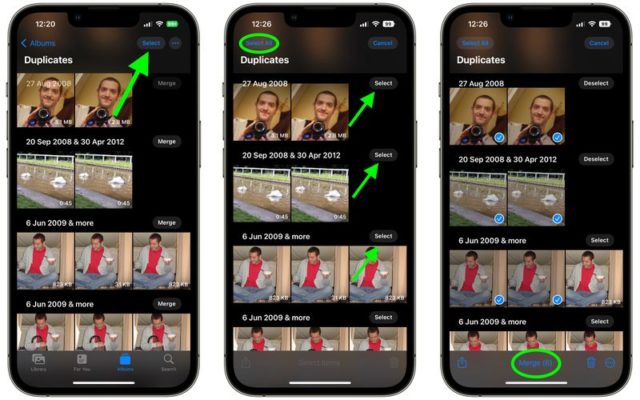 Note that after updating to ‌iOS 16‌‌, your iPhone will constantly check for duplicates, so duplicate photos may appear over time and may not be available once the update is installed.

Have you used the duplicate photos feature on your iPhone? And how were the results for you? Tell us in the comments.