We all know that Apple has customized most of the upgrades and features For iPhone 14 Pro, while the regular iPhone 14 got some minor improvements that did not make it much different from the previous version, but there is a feature provided by Apple in the standard iPhone 14, which no one has yet told, but it was discovered and can be described as the most important change in the design of the iPhone. iPhone a long time ago. 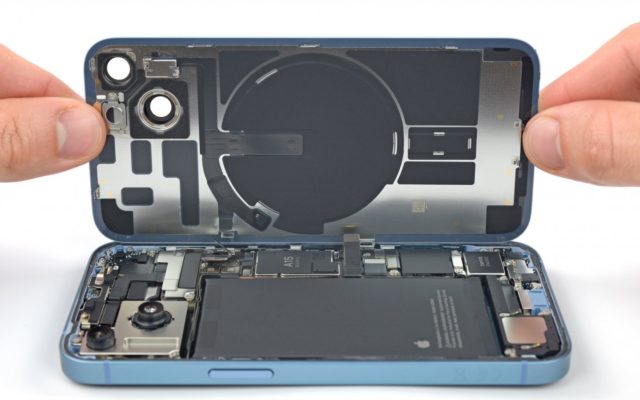 The process of repairing the iPhone has always been almost impossible for the average person and even difficult for specialists. Do you remember the iPhone X when Apple used an adhesive that is not affected by anything, the camera frame that was welded to the glass of the device, and other complex things that made the process of dismantling iPhone repair is very complicated and expensive.

But Apple decided to simplify all this when it completely redesigned the interior of the new device. The iPhone 14 has a completely new frame with a thin metal plate in the middle that allows easy access to both the front screen and the back glass. It can be opened from the front and back which makes replacing the screen and back glass much easier than in previous versions.

According to iFixit, the back glass of the iPhone is secured with a single connector and two screws, and Apple also used an adhesive that is not very strong as it used to be, which makes removing the back cover a lot easier and without the need to use any complicated or expensive tools. Furthermore, removing the screws themselves will also give you access to the device's screen.

Why this switch from Apple 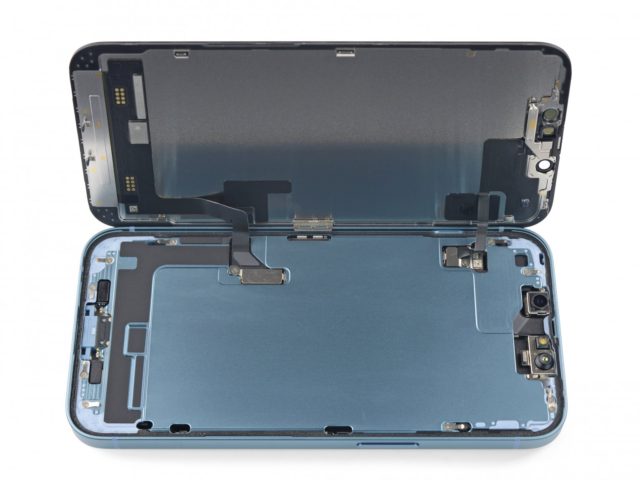 Apple had announced that it would sell parts and tools that would allow people to perform basic repairs to their devices with a self-repair service. Direction and nature Apple did not make these changes because of the goodness of its heart. There was pressure on it from the government, users, and even investors to make the repair process easy for anyone so that US President Joe Biden issued an executive order supporting the right to make repair easy for everyone and ending the monopoly of hardware repair by companies.

Finally, the site iFixit, which has long criticized the process of repairing Apple devices, explained that the company did its best to facilitate the repair of iPhone 14, and for this the new iPhone got a 7 out of 10, which is the highest score obtained by an Apple device (since iPhone 7) for the dismantling process. and repair.

What do you think of the new iPhone 14 feature, tell us in the comments