Do you see a row of contacts at the top of the posts window when you share something from anywhere and don't want to see them again every time you use the post? In this article we explain how to get rid of them. 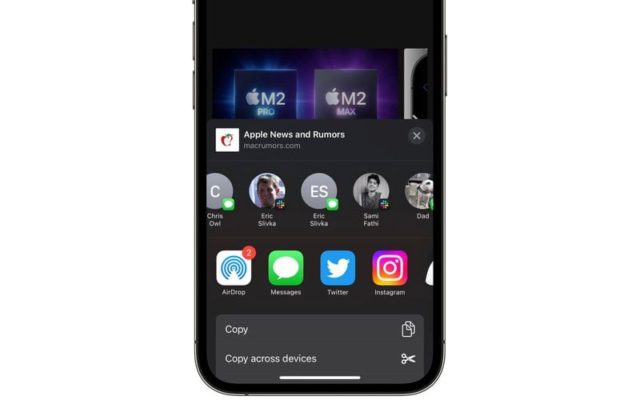 When you go to share something on your iPhone or iPad using the Share button, iOS displays a window called the Shares Sheet, at the top of which is a row of suggested contacts you've interacted with recently. Scrolling along this row reveals more contacts, and the icon in the corner of each profile picture indicates which app you use most often to connect with that person.

Suggested contacts are useful if you share a lot of things with the same people, but there may be times when you don't like to see specific contacts. You can direct sharing suggestions in general and control whether or not what you want to appear. Here's how.

Make contacts not appear often in the posts window 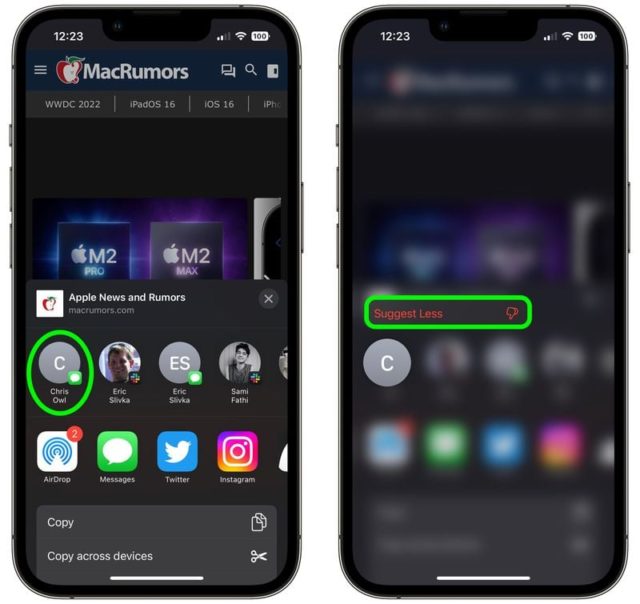 ◉ Click the Share button, the square with an arrow pointing outward, in any app to bring up the Shares window.

◉ Long press on the suggested contact you want to see often in the posts window.

Keep in mind that doing this will not guarantee that the contact will not appear in the Posts window again in the future, but if you keep repeating it as it appears, iOS will eventually respond and understand what you mean.

Remove all contacts from the posts window 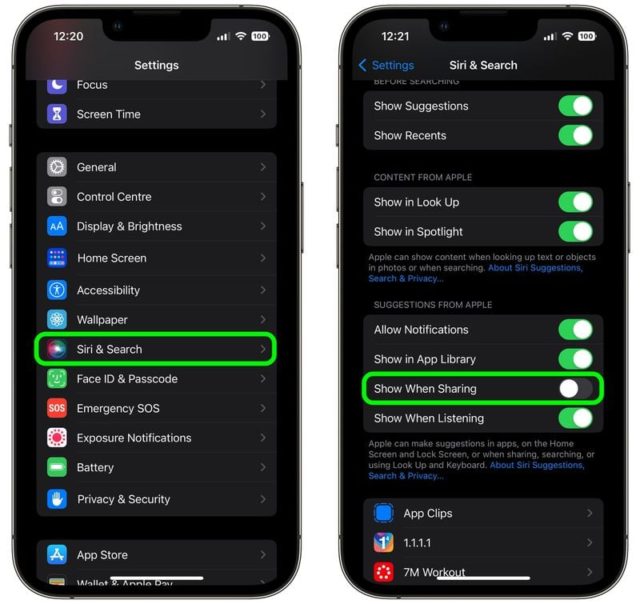 Aside from deleting someone's contacts in the Contacts app, the only way to ensure that they don't still appear in the posts window is to completely disable the row of contact suggestions.

◉ Under the Suggestions from Apple section, turn off Show When Sharing.

Thats all about it. The next time you call up the Shares window, you won't see any contacts in the top row. And you can just as easily reverse the above and turn the feature on to display again.

Do some contacts appear in your posts window? Did it bother you and wanted to delete it one day? Tell us in the comments.