A few days ago, I announced Camel Do not want a virtual conference or event about new devices and they are IPad Pro 2022 And Apple TV along with the tenth generation iPad, which came with many great features and updates that make it in direct competition with the fifth-generation iPad Air, and the question here, which of the two devices is better for you, should you buy an iPad Air 2022 or own an iPad? - iPad 2022 and save about $ 150, during the following lines we will learn about the most important differences and similarities between the two devices, and then you have the freedom to decide. 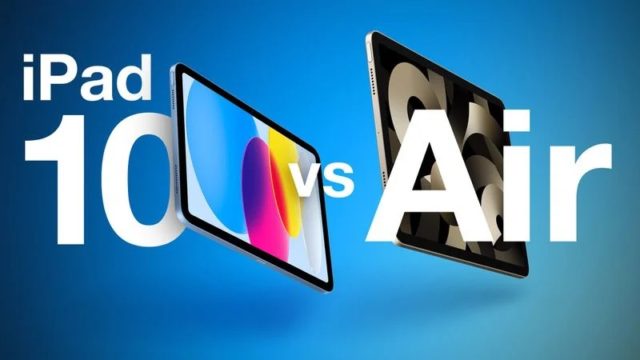 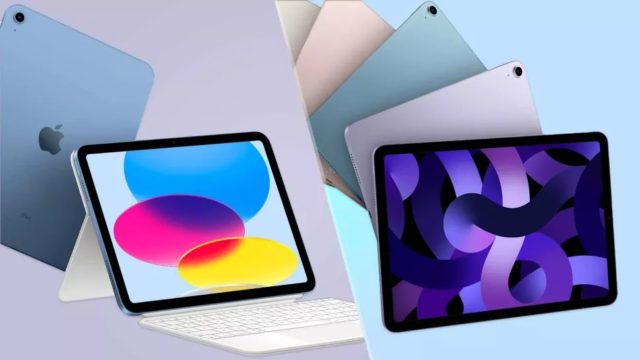 As for the design in the iPad Air 2022 and the iPad of the tenth generation, there are slight changes as both devices feature the same precise design and come with the same display technologies and sizes. At first glance, you will find that the screen in both devices is identical in terms of size (10.9 inches) and surrounding edges It even has a power button on top with built-in Touch ID.

It also has both devices on the back camera and one in the upper left corner and a charging port USB-C type surrounded by speakers and while the iPad tenth generation on the smart connector on the left edge, the iPad Air 2022 smart connector in the back.

The design may be similar to a large percentage, but the colors differ between the devices, where the new iPad of the tenth generation comes in silver, pink, yellow and blue, while the iPad Air of the fifth generation comes in colors such as space gray, starlight, pink, along with blue and lilac (light purple).

The other difference is in the location of the front camera that you will find on the right edge in a horizontal position for the regular iPad, which makes it more useful when making video calls. The front camera in the fifth generation iPad Air appears at the top of the screen vertically and in terms of measurements, The iPad tenth generation is slightly larger by a very small difference in terms of length and width and heavier by about 10 to 20 grams than the iPad Air 2022. 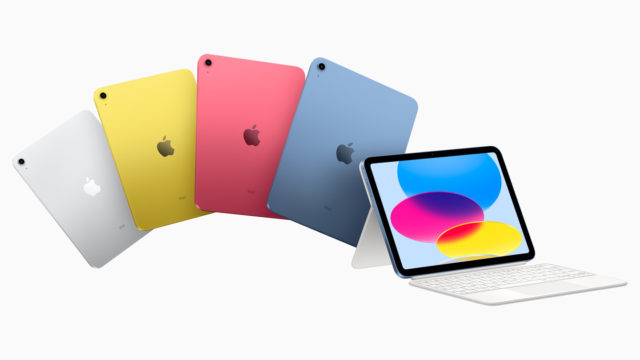 Both devices have a 10.9-inch Retina Liquid Retina display with a resolution of 2360 x 1640 pixels and a maximum brightness of 500 nits, along with an oleophobic and anti-fingerprint coating.

The difference between the iPad 3th generation and the Air is that the latter includes a large color screen (PXNUMX) that is fully laminated and laminated with an anti-reflective layer, while the iPad XNUMXth generation includes a screen that supports sRGB color gradation pattern. 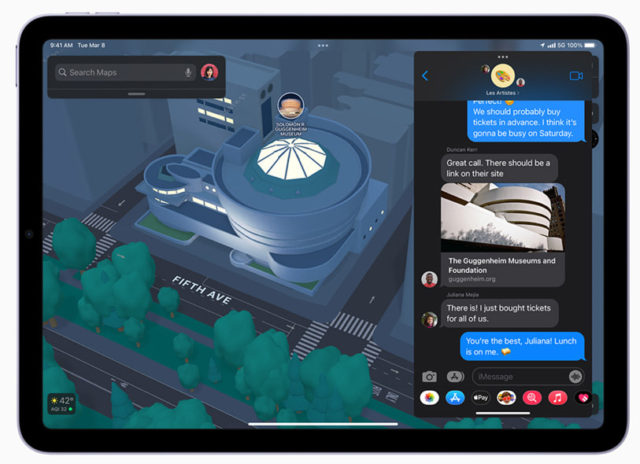 The processor is one of the biggest differences between the two devices, and the iPad 14th generation works with the A5 chip (12 nm) found in the iPhone 6, which includes 16 cores with a quad-core graphics processor and a neural engine that has 20 cores to provide high speed and energy efficiency and that The chip gives the new iPad a 10% jump in relation to the CPU and a 14% jump in the performance of the graphics processor compared to the previous generation. According to Apple, the A5 chip makes the tenth generation iPad XNUMX times faster than any Android tablet.

Meanwhile, the iPad Air owns the M1 chip, which includes an eight-core CPU, an eight-core GPU and a 16-core Neural Engine. The Apple m1 chip has been used in many devices such as MacBook Air, MacBook Pro and Mac mini, of course, the M1 chip Much more powerful than the A14, and let's not forget that the iPad Air has 8 GB of RAM and a media drive that accelerates encoding performance, unlike the 4th generation iPad, which does not have a media drive and includes only XNUMX GB of RAM, so the performance of the iPad Air will be from The fifth generation is much higher than the tenth generation iPad. 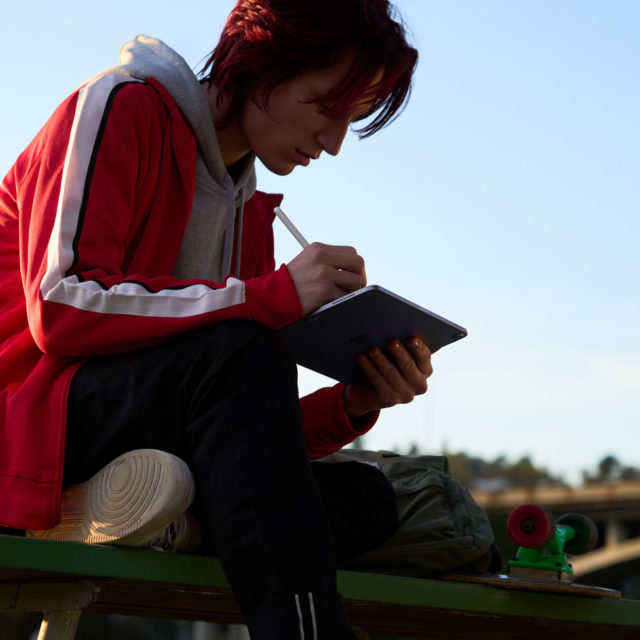 Both devices have a battery that can work for 10 hours of browsing or watching videos when connected to Wi-Fi and when using a cellular data network, the time is reduced to 9 hours. 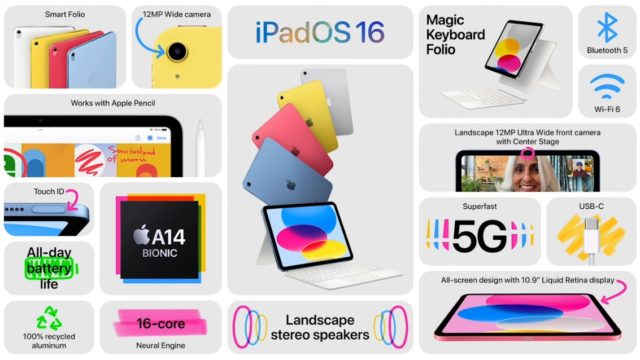 You can buy the iPad 449th generation for $64 for the base model with 120GB space, an increase of $599 over the previous version, and the cellular version starts at $2022. While the iPad Air 500 comes at a price of $ 64 for the basic model with an area of ​​749 GB, the model that supports cellular communication starts at $ XNUMX.

Finally, the main difference between both devices is in the processor and the size of the random memory, so if you plan to use the iPad for powerful tasks such as 1D graphics design, advanced image editing and playing heavy games, then the fifth-generation iPad Air will be the best choice with a chip M8‌, 150GB RAM, dedicated media drive, ‌Stage Manager‌ feature for multitasking, better screen, and use the Apple Pencil more flexibly. Great and most of the specifications and features of the iPad Air with a saving of $XNUMX.

Which one do you choose, iPad 2022th generation or iPad Air XNUMX, tell us in the comments