The iOS 16 update has many new and exciting options, most of which improve the overall user experience. But some of these "features" can seem annoying if you're not familiar with them. So you can turn some of these things off and it only takes seconds.

Prevent the side button from ending calls

In iOS 15.7 and earlier, pressing the side button will immediately end a phone call or FaceTime whether or not you want to end the call. The same issue applies to voice calls in third-party apps such as Facebook Messenger, Google Voice, and WhatsApp.

Apple fixed this issue in the iOS 16 update, where you can only reprogram the side button to lock the screen, not hang up. Go to Settings -> Accessibility -> Touch, then activate the option Prevent Lock to End Call.

After activating this feature, pressing the lock button will only lock the screen and thus prevent your face from touching and interacting with the screen, and even if you press the buttons by mistake, the call will not end.

Turn off special photos and memories 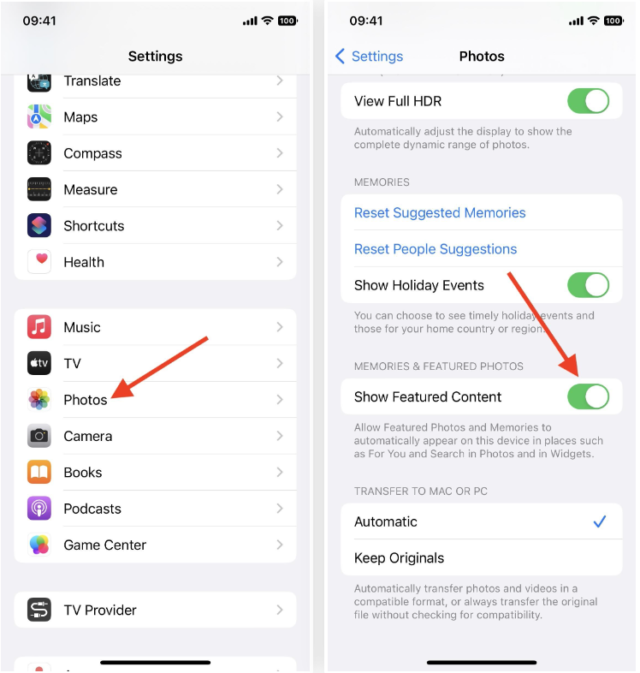 Pictures and special memories can be a nice way to remember events, but sometimes they are so personal and special, or you just don't want to see them for any reason. If you don't want Apple to show you your Featured Photos and Memories, there's now a way to disable them.

To turn them off on iOS 16, go to Settings -> Photos, then turn offShow Featured Content. When enabled, it automatically allows featured photos and memories to appear in places like For You, photo search, and widgets on the home screen. Before iOS 16, it was always on, and you can't turn it off. 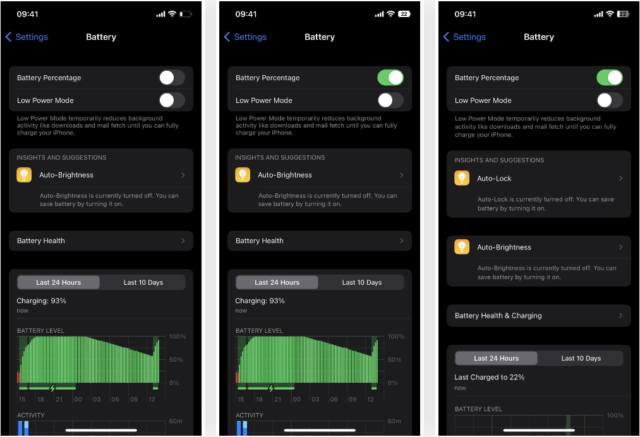 To turn on displaying the battery percentage in the status bar, go to Settings -> Battery, then switch to Battery Percentage.

However, there is a slight design problem: when this feature is turned on, you can see the battery percentage in numbers, but the battery icon appears like the battery is full even when it's not. If you ignore the numbers, your battery can be fooled even if it's nearly empty. You can see what we mean in the middle image. But Apple is aware of this problem and the upcoming iOS 16.1 iPhone update will soon fix it.

Remove the new search button from your home screen

Some find the search button in this place convenient, others think it is something redundant. It does exactly the same thing as swiping down from anywhere on the home screen. But because it is in this place, you may click on it by mistake, and to get out of it will require several clicks and waste of time.

If you want to remove it, go to Settings -> Home Screen, then turn off Show on Home Screen under oath Search. 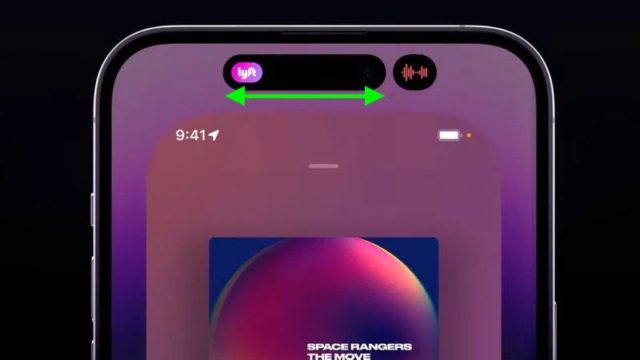 If the content that appears on the interactive island is distracting, especially when you're trying to focus on something else on your iPhone screen, and you want to turn that off, unfortunately there's currently no way to disable that, as these interactions are integrated into iOS 16 itself. But you can exclude what's on the island by swiping left or right on it, and that thing will still work in the background, like music, timer, etc. It won't be visible to you and will run in the background normally. And if two things are working together and you want to get rid of one or both, use the same swipe gesture on the bulk to make it disappear.

Is there something bothering you in iOS 16 that you want to get rid of? Tell us about it in the comments.