The days passed very quickly, and here we are celebrating with you the 15th anniversary of the establishment of the iPhone Islam website, and this particular year the time passed more quickly than any year before, because we were working hard, we very much want to restore the iPhone Islam site, when It was the first source to educate the Arab user regarding everything about Apple, and it was the first source for the finest Arabic and Islamic applications. Praise be to God, we are with you and we love you and we try to provide the best for you, and we strive to develop to provide a respectable benefit to a respectable audience. 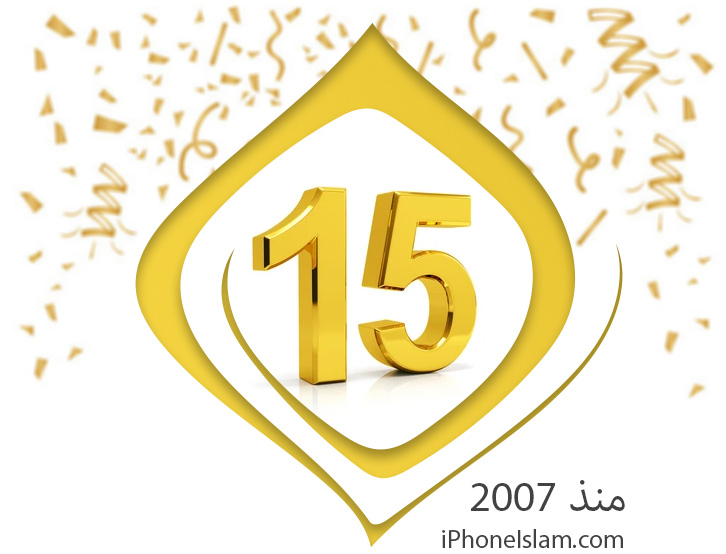 What did we do this year? 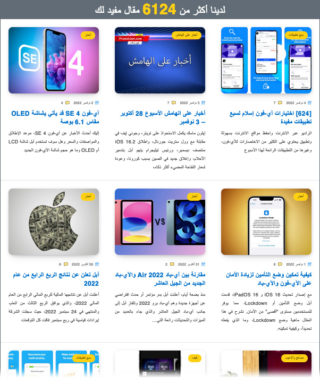 This year is considered one of the most productive years for us, as we have presented a number of applications and updates, and of course hundreds of useful articles and follow-up on everything new in the world of Apple and technology, this year we interacted with you more on social networking sites, and thanks to God, this effort produced medical fruits , the first of which is to inform you of what is new from us, as some were despairing of seeing new creativity from us, and now they have hope again that we offer something that others will not offer, as we may already see creations dedicated to Western culture. Many users, but few innovate for our Islamic and Arab culture, and since the beginning of the issuance of smart devices, we have been trying to advance this creativity in the Arab world, trying to set an example for developers in this field.

Update an application to my prayer

On the same day that Apple introduced the iOS 16.1 update and allowed developers to use the activity state feature and the interactive island We launched an app update to my prayerAnd, thanks to God, because of the right timing and because it is the first prayer application that supports these new features, and the users’ love for this special application, the demand for the application was amazing.

Update to my prayers, It is not just a simple update, rather it is a rewriting of the application from scratch as if it is a completely new application, and it was the first thing to launch it on this basis, and to put a name for it to Salati Pro, but we did not want that, rather we wanted to get this update for free for everyone who has the application He had been using it for more than six years. Many understood this, and understood that it was a completely new application and tried to adapt to it, and few did not understand this and thought that it should be an exact copy of the old version, and this is not possible. Every modern technology in Apple systems, we have a plan to have this application essential on every Muslim's device, so we have laid the foundation stone and are working on development to achieve this vision.

Add multiple cities to the application to my prayers.https://t.co/yzaES1mBev pic.twitter.com/gtEHI2R1it

Therefore, we want you to be a little patient, many updates are coming, God willing, and we listen to you on all the platforms that you communicate with us, and everything you want will be implemented, we just need some time to implement everything with precision and perfection worthy of a user who loves this application.

Our new app It solves the problem of creating visual content or videos, as many of you have noticed that readable content has decreased in popularity, especially in the new generation, and most young people now derive their information from videos (Tik Tok, Instagram, YouTube), so we thought what if we took the textual Arabic content and through an application With the push of a button, it can be converted into a video by adding some images with sound very close to the real one, and then easily publish the video. Or you can take this text as an audio file and use your favorite video editor app to make a great video all from your iPhone or iPad, this is an example…

Thank you Helal for the wonderful review and your love and following us pic.twitter.com/ikAoJO2xAJ

One of the very distinctive applications and we intend to develop it significantly in the coming period, and it has been updated this year to solve some problems and add a number of features. The lantern is like Google for the Internet, but it is a specialized and advanced researcher for the Qur’an. Just as you can search the web for the most accurate things in all forms, the application of the lantern will help you in searching for the most accurate things and in several forms, and you will sail like you have never sailed before to find what you seek in the Book of God, God willing.

Thanks to God, updating the Qibla application in augmented reality was a comprehensive update, the application was built from scratch, and it became a completely new application, many new features were added, and of course it supports the latest Apple systems. Life has returned to an application that was to be deleted from the store due to its lack of updating, but here is the same simple application with a simple task, but it is presented carefully, which is the task of determining the location of the qiblah, with simple prayer times. 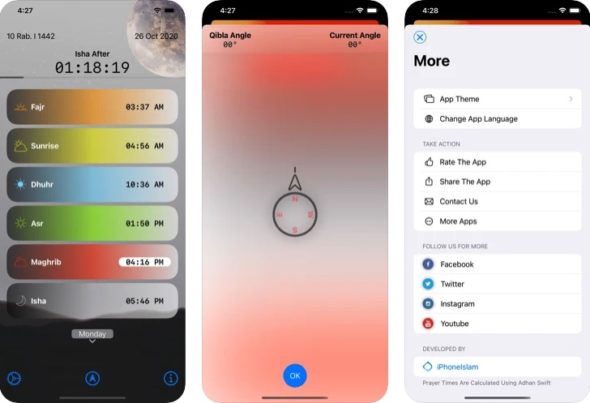 Today’s prayer times application is completely free, and it was updated to be one of the first Arabic applications to support the lock screen widget when iOS 16 was released. The application is still one of our favorite applications despite the update of an application to My Prayer, and this is for several reasons… The first is that it is a completely free application, and its goal is for the user Who wants more widgets and notifications and does not want a lot of settings and application control, directed to the category that does not know how to use smart phone technologies such as young people and the elderly.

We work hard, and we try to make our work a respectable benefit to a follower who understands that science is something they are required to, we must be aware of what is happening around us, understand modern technologies and know how to benefit from them, and participate in making the future of our children. Just one last thing… Most of the updates above are free, and we try as much as possible to offer you everything for free. Few of the applications may have a subscription or a small price, and this is to support the continuation of these applications, so I must be aware that you must if you can support, do And if you can't, no problem, support us in another way, like praying for us.

Not only that, but we ask God to increase us from His bounty, and offer more to you, for you are wonderful brothers and your love is evident in your every participation, so be optimistic about the good, and always be with us and follow us, and participate in the comments.

We are stronger than you, that's why it's very important

Share our sites among your friends, talk about us with goodness, write to us with your suggestions and ideas, help our friends by answering the comments, be as if this institution belongs to you, do not let us waste