Elon Musk completes the acquisition of Twitter, Jony Ive in an interview with the Wall Street Journal, the launch of iOS 16.2 in mid-December, the head of Telegram accuses Apple of destroying dreams, a new shutdown in China due to Corona, the return of the luminous apple logo is smarter, and other exciting news in the margins…

Apple's next product could be the Mixed Reality Headset 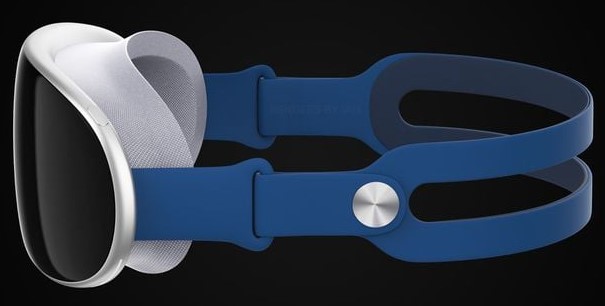 Apple is not expected to announce any new Mac Silicon devices during the remainder of this year, according to reports, and all eyes are on next year, and one of the missing products from Apple's list of announcements for 2022 is the mixed reality glasses that have been in development for a while, which escalated Its development process last year, and Apple is expected to reveal it soon, perhaps during an event in January 2023, as indicated by Ming-Chi Kuo, and if his predictions are true, this will be Apple's first event in January since a special event in 2010, where Steve announced Jobs on the iPad. 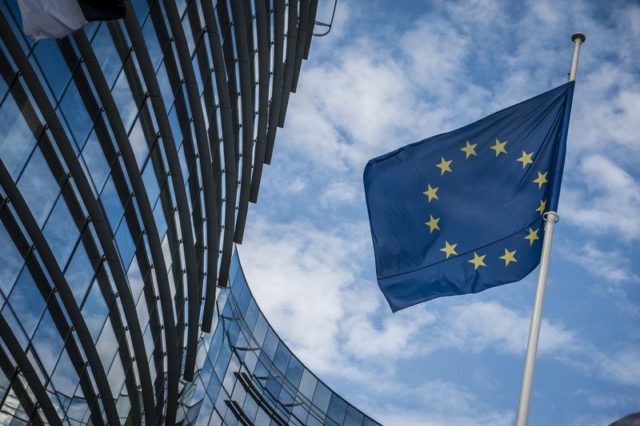 New EU laws have come into effect that could force Apple to allow users to access third-party app stores and allow apps to be downloaded on the iPhone and iPad, among other sweeping changes designed to make the digital sector fairer and more competitive.

Under the Digital Markets Act, the laws will be applied to tech giants and forced to open their various services and platforms to other companies and developers. As a result, Apple will be forced to make major changes to the way the App Store, Messages, FaceTime and Siri operate in Europe. 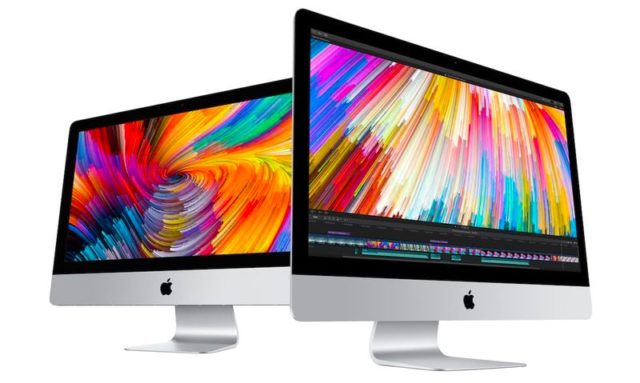 Apple plans to mark several 2013 and 2014 iMac models as obsolete at the end of this month, Apple said in a note obtained by MacRumors.

Apple said that the 21.5-inch and 27-inch iMac from late 2013, the 2014-inch mid-21.5 iMac, and the 5-inch Retina 27K display ‌iMac‌ from late 2014 will be marked as obsolete on November 30, 2022. Marked as obsolete, these devices will not be eligible for any repairs or services. You can find a list of older products on this Apple website Link. 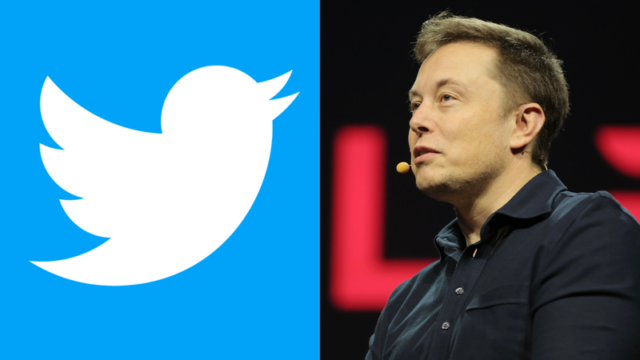 Elon Musk completed his $44 billion takeover of Twitter and appointed himself CEO, just hours before a court-ordered deadline for buying the company expired, according to multiple reports.

Referring to the Twitter slogan, billionaire Musk tweeted "The bird is freed" after he fired several top CEOs, including CEO Parag Agrawal, as well as ousted the chief financial officer, and Vijaya Jade, the head of legal policy, trust and safety.

The final deal culminates in a takeover saga that began with Musk's original offer to buy Twitter for $44 billion in April, a deal Twitter accepted — before Musk in May suspended the acquisition "temporarily" due to a dispute over the number of fakes. Or the spam accounts that Twitter claimed to have.

In July, Musk decided he no longer wanted to buy Twitter and tried to cancel the purchase. Twitter, in turn, filed a lawsuit to force Musk to move forward with the sale. By October, Musk reversed course again by proposing to buy at the original price.

Musk's dismissals followed news last week that the billionaire planned to cut Twitter's staff by 75% in an effort to pay off the company's debt burden. Musk later dismissed those reports, saying he wouldn't cut that percentage of employees. 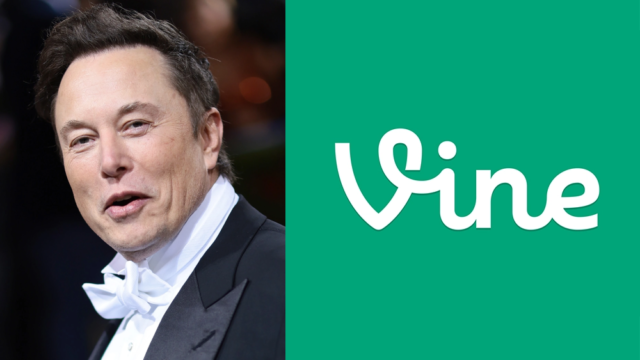 Elon Musk has asked Twitter engineers to start working on an updated version of Vine that could be released before the end of the year. Musk tweeted to a pollster asking if he should "make Vine again," and 69.5% of the four million respondents said yes.

For those who don't know Vine, it was a popular app before Tik Tok whose users could share repeated six-second videos, then Twitter acquired it in 2012, then slowly stopped using the app, and Twitter eventually shut it down in 2016. 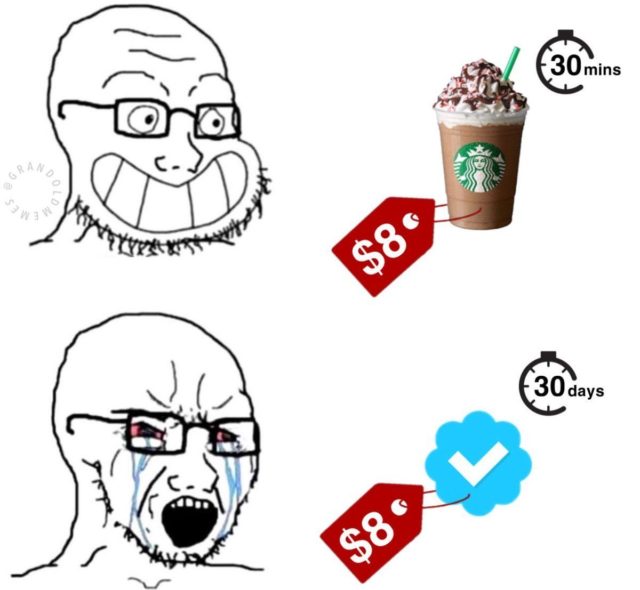 Elon Musk announced that account verification will be made for a monthly subscription of $8 for those who wish; Then he published a picture mocking some of his opponents of the $8 payment point to verify the account that they pay $8 for a drink at Starbucks without a problem, even though it expires in 30 minutes, then they refuse to document an account that lasts 30 days with the same value.

Note: The previous photo is the one that Elon Musk posted on his account. 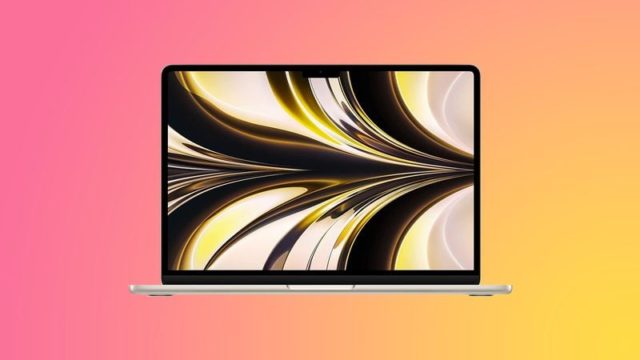 Apple has added refurbished MacBook Air models with the M2 processor to its online store at a reduced price for the first time. The MacBook Air with an M2 ‌ processor was first launched last July, and the refurbished models weren't available before.

Apple could bring back the lit Apple logo on future MacBooks

The glowing Apple logo emblem appeared on the covers of many Macs launched in the early 2015s, but Apple removed it in XNUMX.

A new patent was filed by Apple in May 2022 and published last week by the US Patent and Trademark Office, and says in its content that the computer case may include a small screen or keyboard and provide the back of the cover with a logo or a transparent mirror with Partially dimmable backlighting plus other functions.

iPhone production at Foxconn's largest factory may drop 30% next month 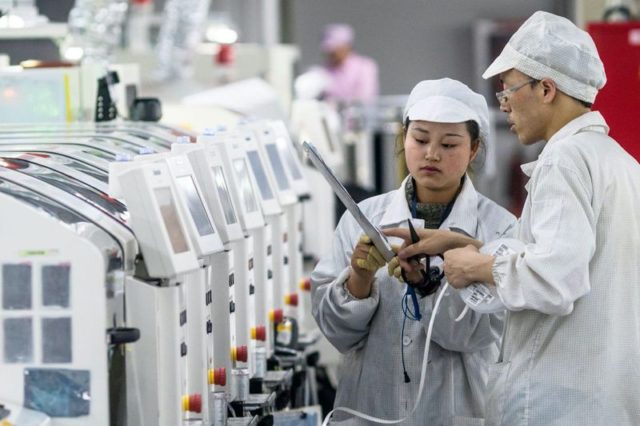 This shutdown will be due to a new shutdown in China due to COVID-19, and the main Zhengzhou factory, Apple's manufacturing partner, Foxconn, which employs about 200 people, was affected by strict restrictions after an outbreak at the factory, which led to the closure of the city of Its population is about 10 million people as a result.

It is not clear how many cases of the virus have been identified, but the outbreak has forced employees to close in the workplace, causing unrest and even prompting some employees to flee by jumping the fence outside the factory.

A person familiar with the matter told Reuters that Foxconn is boosting iPhone production at another factory in Shenzhen to make up for the shortfall. Another said that many workers remained at the Zhengzhou plant and that production was continuing. 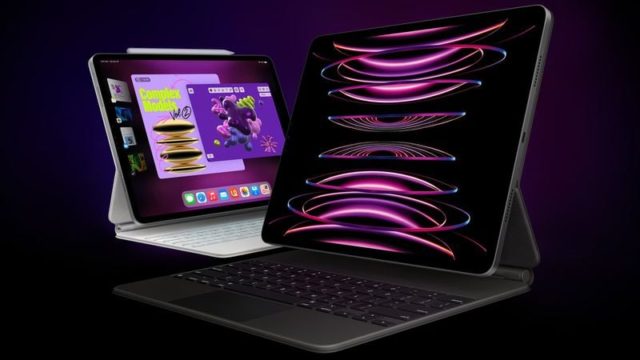 The iPad Pro M2 supports ProRes video recording for the first time, but users have to use this feature through a third-party app, as the original camera app doesn't seem to support this format, and they note that ProRes wasn't an option within the camera settings.

Apple has not commented on whether this is a bug and whether the original Camera app will gain the ability to record ProRes video in a future update.

The Telegram CEO has accused Apple of destroying dreams and corrupting entrepreneurship with its App Store rules, and more specifically, the company's 30% commission charged on in-app purchases for developers who earn more than $XNUMX million a year.

Durov said Apple "is not satisfied with creators monetizing their efforts without paying the 30% tax" and that Telegram has no choice but to disable paid posts and channels on its iOS app. "This is just another example of how Apple's monopoly and market dominance is at the expense of millions of users trying to monetize their content," Durov added.

This isn't the first time Durov has spoken out against Apple. In August, he criticized Tim Cook for ambiguous App Store rules.

◉ iCloud Mail had a problem for the past few hours and was down for some users, according to Apple's system status page, but the issue is now resolved and iCloud mail is now working perfectly.

◉ Apple has stopped downgrading to iOS 16.0.3, so it is no longer possible to downgrade to this older version of iOS after installing iOS 16.1.

◉ Instagram has experienced outages in some parts of the world, according to user reports on Twitter and others and as a result of the outage, some users reported having their accounts closed or suspended, and some reported a sudden drop in followers. In a tweet, Instagram officials said they are aware of the issues and are working to fix them.

◉ The iOS 16.2 update is expected to be released in mid-December alongside iPadOS 16.2, said journalist Mark Gorman.

◉ Some users reported that their iPhone periodically and sometimes randomly disconnects from Wi-Fi after updating to iOS 16.1. Some users have tried to solve the problem by resetting all network settings on the iPhone, but the reset seems to be ineffective as well, Apple will surely fix the problem in a new update.

◉ Apple told Indian Express that the next year's beta release of iOS 16.2 will officially enable 5G for iPhone in India on select carriers.

◉ Former Apple chief design officer, Sir Jony Ive, will appear on the cover of The Wall Street Journal later this month, talking about his work at Apple and design philosophy in a wide-ranging interview.