Portrait photography mode, is the mode in which the focus is on the person in the image and make the background blurry, this mode is not limited only to the camera application of the iPhone, but third-party application developers can also benefit from it, and therefore you can use it in applications such as Facebook and Instagram Snapchat, Zoom, and more.

In this process, the Neural Engine is used, in addition to other complex algorithms, to focus on the main person or object in the image and blur everything else in the background, and to apply this mode to the video, it is required that it be at a resolution of 1920 x 1440 pixels at a maximum frame rate of 30 frames per second.

Portrait effect works on iPhone and iPad models equipped with the A12 Bionic processor or later, running iOS 15 or iPadOS 15 or later. It also works on all Mac Silicon devices running iOS 12 Monterey or later.

Any app that can take selfie videos can incorporate the feature, so all apps that use VoIP and make video calls automatically have the Portrait Mode effect. 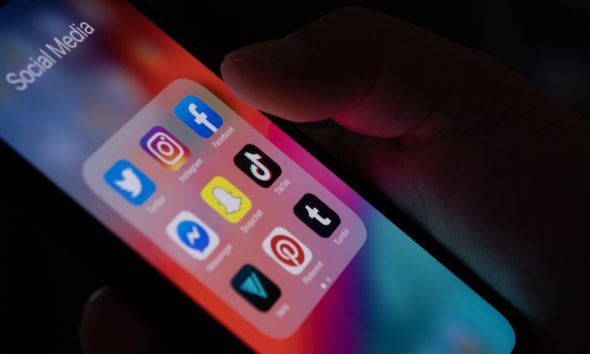 Instagram and Snapchat are not the same as VoIP apps, but they do include video chatting capabilities, so you will be able to use the portrait video effect. The portrait effect also works on Facebook, Messenger, some live broadcasting applications such as Twitch, and other applications such as Google Meet. When the feature is not automatically enabled for an app, the app developer needs to make modifications to their app to integrate it.

How to enable the Portrait mode effect in supported apps

◉ When your face is visible in the camera, open Control Center, and you will see two new options: “Video Effects” and “Mic Mode”.

◉ Click on “Video Effects”, then choose “Portrait” to turn on the feature, and in the same way you can disable it.

◉ When portrait mode is turned on, close the control center, and the background will be blurry. 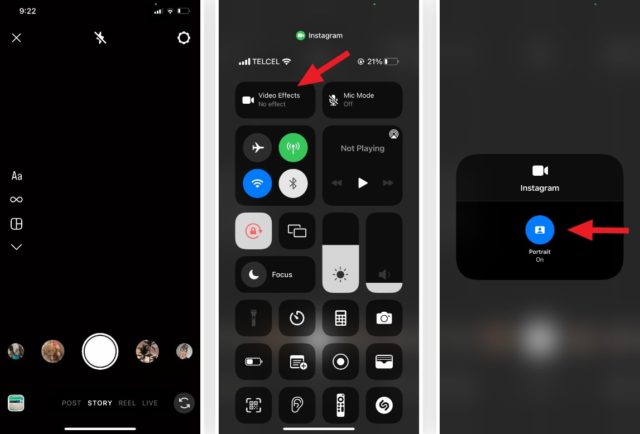 ◉ You can also take portrait effect photos in apps that support it, as mentioned above. 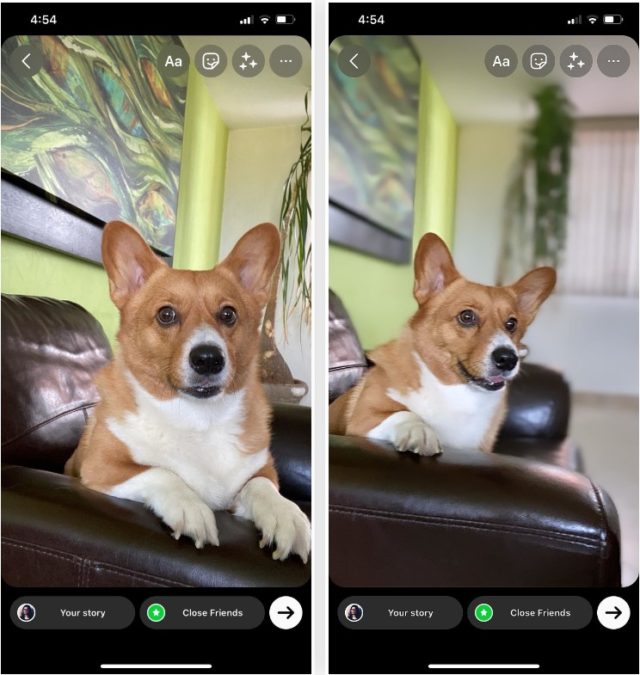 Conclusion: In any app other than Apple’s Camera app requirement, if you want to enable Portrait mode, open Control Center and choose “Video Effects” and then enable “Portrait.”

FaceTime has another way to enable Portrait

You can use the Control Center method that we mentioned in the FaceTime app, but Apple has provided a faster method.

◉ When a FaceTime call is in progress.

◉ You'll also see the icon at the start of a FaceTime call and you can activate it before anyone answers the call. 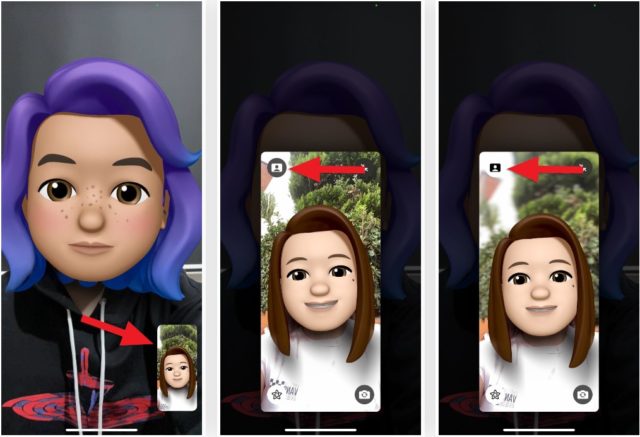 Do you turn on Portrait Mode on apps other than Apple's apps? Was the article useful to you? Tell us in the comments.