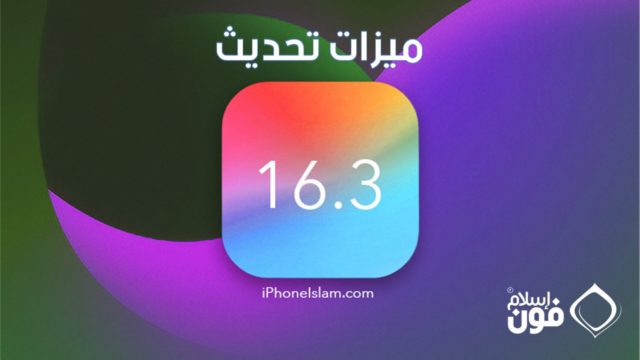 Last December 7, Apple announced a new security feature for the Messages application called iMessage Contact Key Verification, which allows users to verify the identity of a contact, and make sure that they are communicating with the person they intend, and not an impostor, this feature is not available on iOS 16.3 but it may come in future update.

Some of these new features apply to the iPad with iPadOS 16.3 and macOS 13.2 Ventura for Mac. 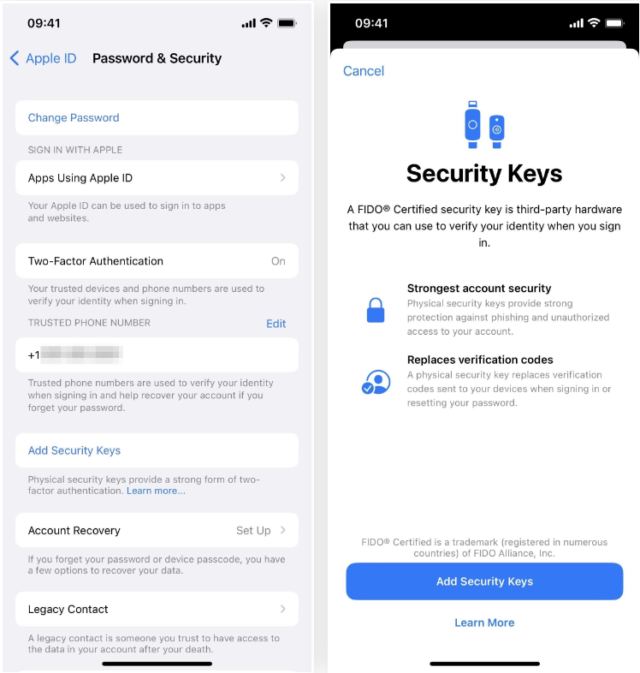 If you go to Settings > Your Apple Account > Password & Security, you will now find the option to “Add Security Keys.” This is a much-needed security improvement.

Third-party security keys are physical devices that you can use to verify your identity when you sign in to accounts on a new device. In iOS 16.3, it can provide powerful protection against phishing and unauthorized attempts to access your Apple account.

According to Apple, Security Keys can replace all two-factor verification codes that you send to all trusted devices you're signed in to when you try to sign in or reset your password. Apple said about this feature:

This feature is for those who face the risk of hacking and fraud, such as celebrities, journalists, and politicians. These security keys make two-factor authentication stronger and more secure by adding a private security key. This makes it very difficult for even advanced hackers to steal a user's login information, even if they try to trick the user with a fake website.

If you want to buy an encryption key, search Amazon for “NFC 2-Factor Authentication USB” 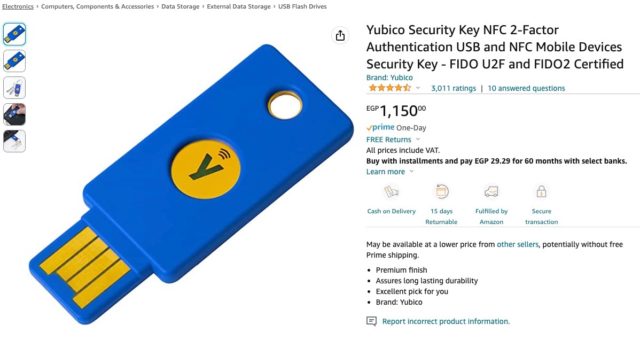 Advanced data protection for everyone 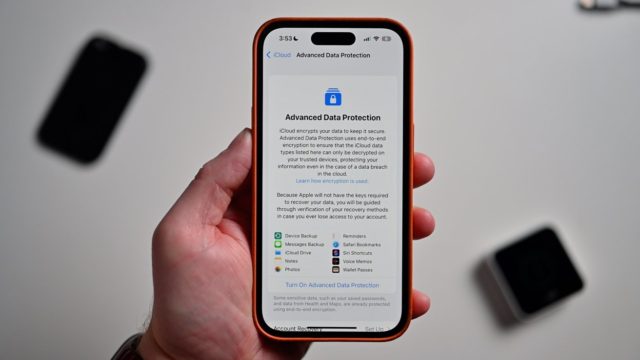 Apple introduced the new Advanced Data Protection feature on iOS 16.2, where you can further secure data synced with iCloud using end-to-end encryption, and it adds iCloud Backup, iCloud Drive, Photos, Notes, Reminders, Safari Bookmarks, Siri Shortcuts, Voice Memos, and Wallet. The feature was only available in the United States, but it has been made available globally in the iOS 16.3 update.

Note: This feature encrypts the iCloud, so that no one can ever extract data from it except with the password. The iCloud Advanced Data Protection feature is an optional setting that provides the highest level of cloud data security. It uses end-to-end encryption to protect most of your iCloud data, including backups, photos, notes, and more. This means that even in the event of a data breach, your data remains secure and cannot be accessed by anyone else, including Apple. To turn on Advanced Data Protection, you must set up at least one alternative recovery method, such as a Contact or Recovery Key, because Apple doesn't have the encryption keys to help you recover your data. If you ever lose access to your account, you will need to use one of the recovery methods to get your iCloud data back.

Therefore, we do not recommend using these protection methods for the average person, but rather for those who have secrets on their devices that cannot fall into the wrong hands. 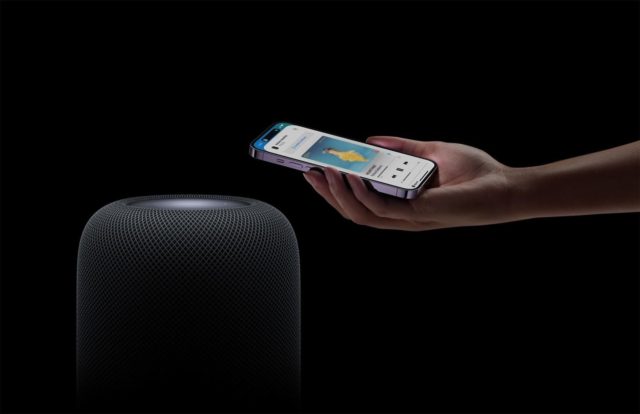 Apple announced the new second-generation HomePod smart speaker on January 18, and it requires at least iOS 16.3 or iPadOS 16.3 update.

And if you have a HomePod, you can use the Handoff feature to transfer the current audio on the iPhone to the HomePod, whether it's a song, a podcast, or a phone call. The iOS 16.3 update includes a process guide that applies to other HomePod models as well.

The new HomePod can detect audible smoke and carbon monoxide alarms. You can enable this option during initial setup or via the HomePod settings in the Home app on your iPhone. In addition, the voice recognition feature can be enabled for the whole family once activated, and a notification will be sent to everyone if a voice is recognized. 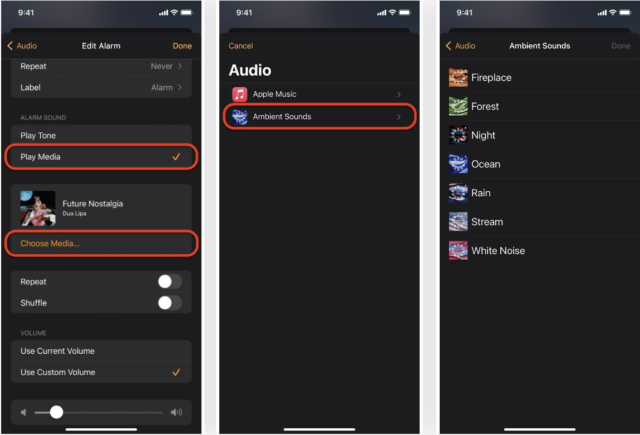 HomePod can also use ambient sounds as alarm sounds, through the Home app on the iPhone, then press and hold on HomePod, then create an alert or choose one from the device.

Then change the alert sound to “Play Media,” then select “Choose Media.”

Previously, you would go directly to Apple Music to choose a song, but now you can choose “Ambient Sounds”, and you can choose sounds such as fireplace, forest, night sound “such as crickets, frogs chirping, wolfs howling😂 etc., ocean, rain, water flow, and white noise. 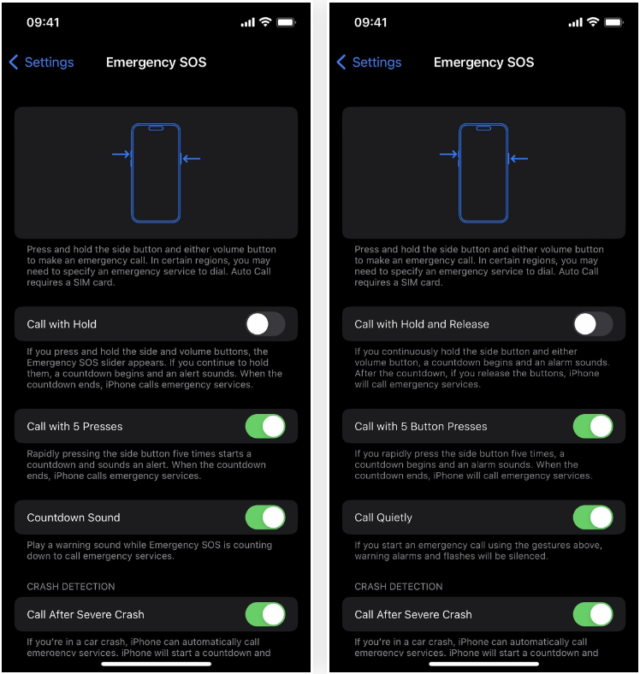 Apple changed the way some things work in Emergency Settings. Such as:

If you hold down the power button and any of the volume buttons, a countdown will start and an alert sound will sound. After the countdown, if you let go of the buttons, the iPhone will call emergency services.

Looking at the previous image on the right, the iOS 16.3 update compared to the iOS 16.2 update on the left. 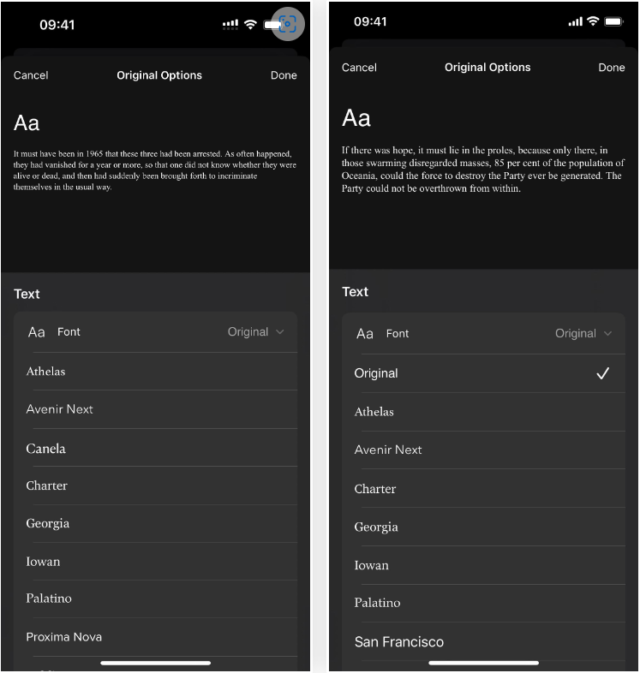 In the Books app, when you choose a font in the book's Themes and Settings menu, you'll find "Original," so you can go back to the original style font. Previously, you had to hit the Reset Theme button, and this would reset settings like bold text, accessibility options, and layout. 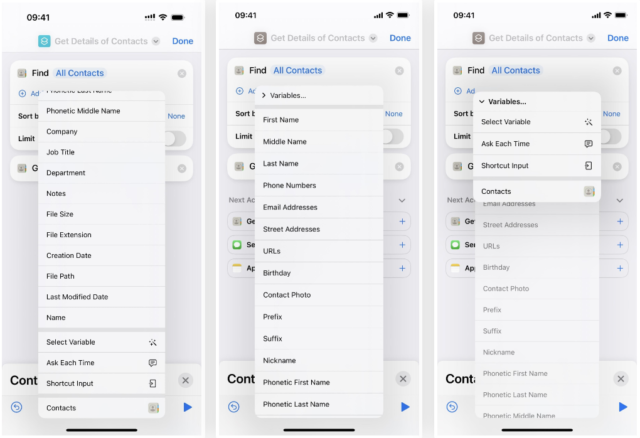 When you choose an action in the Shortcuts app that requires you to choose from a list, you'll see a new expandable “Variables” menu at the top with lots of options.

For example, get contact details, get details from calendar events, Apple Store app, weather conditions, photo, and measurement conversion, all with over 20 items to choose from.

You'll see an expandable list of variables in older iOS versions when there are more than six or seven suggested variables, depending on previous actions in the shortcut. So if you have a complex shortcut with many actions, you will see it almost all the time. In iOS 16.3, you'll see the expandable menu when selectable default items also push the menu off the screen.

In iOS 16.2, the “Get Wallpaper” action in the Shortcuts app was changed to “Get All Wallpapers.” The procedure works the same way, but the new name makes it clear that the result will show all of your lock screen wallpapers, not just one specific one. 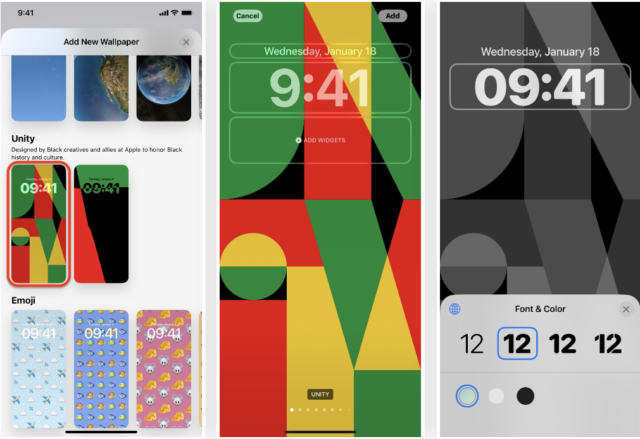 A background entitled Unity or Unity has been added to the lock screen and the main screen, referring to national unity between whites and blacks and the rejection of racism, which coincides with this month “Black History Month.” The new version contains ten different types of colors, four different types of fonts, and three color options Line. The three bold stripes, exclusive to the new Unity wallpaper. You can still choose Indo Arabic fonts with the globe icon.

The iOS 16.3 update also contains fixes for many problems, as well as security fixes and patching for some vulnerabilities.

What do you think of this update? Did you feel any difference or encounter any problem? Tell us in the comments.