We all remember Elon Musk's idea of ​​​​installing a smart chip in the brain that reads all brain activities and communicates with phones, computers, etc., and scientists seek to make it able to cancel the feeling of pain, the feeling of sadness, control and store memories and dreams, as well as address some hearing and vision problems and problems psychological, and treatment of many neurological diseases, and much more.

And you can imagine, that one day you think of sending a message to someone, just the thought, and the message is actually sent without using your phone, that may be possible one day, who knows where science will take us.

The important thing is that such ideas seem to have already begun to emerge and it seems that we will see similar things already. Synchron has made a smart device called Synchron Switch that is connected to the brain and sends messages to the phone.

This device has already been tested after the company obtained approval from the US Food and Drug Administration to conduct such clinical trials. The company stated that it has six patients already using the device, but the developer, Rodney Gorham, is the first to use it with an Apple product.

Where Gorham suffers from amyotrophic lateral sclerosis, which affects the nerve cells responsible for controlling the movement of voluntary muscles, and Gorham praised the device and said that it was a wonderful thing, and that he was able to send messages from his brain directly to the iPad.

Synchron co-founder and CEO Tom Oxley said the company is “excited about Apple products and systems because they are so ubiquitous.

The device contains a set of sensors called the Stentrode, and is installed in the upper part of the brain through a blood vessel, and is controlled wirelessly using a Synchron Switch device installed on the patient's chest. 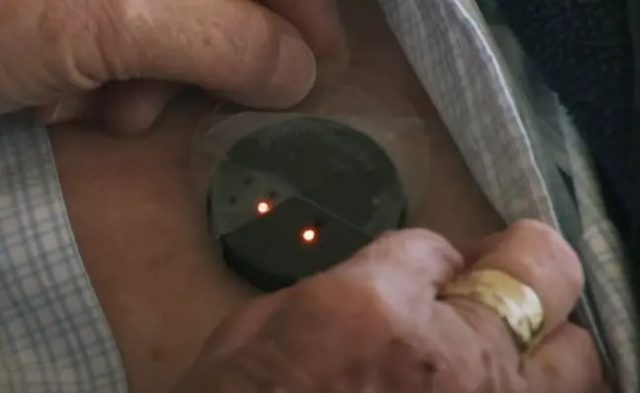 The results of the ongoing tests were that the Synchron device begins to recognize the brain signal when the toe is moved, and this finger movement is translated as a tap of the finger on the screen.

Synchron devices are designed to be permanent additions to the body, and these trials have been ongoing for more than a year on at least four patients, and no serious negative side effects have been reported.

What do you think of such devices? Did you expect communication between the phone and the brain just by thinking? Do you think that one day we will see that this is normal? Tell us in the comments.