Revealed the series IPhone 14 Last month with many features that were Most of them are for the Pro category and with the availability of the new iPhone in the marketA Chinese website tested a different set of Apple power adapters on the iPhone 14 and iPhone 14 Pro Max to find out the maximum charging speed in those devices and which charger is the best, but the test results were shocking. 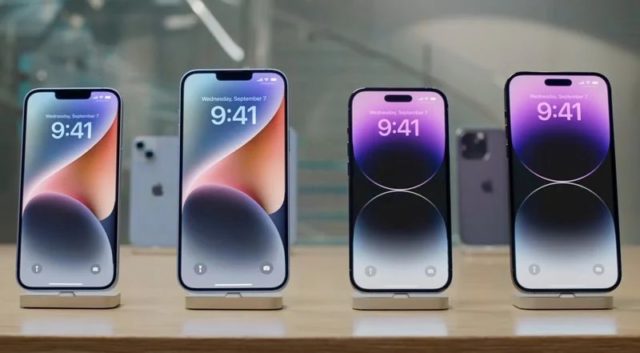 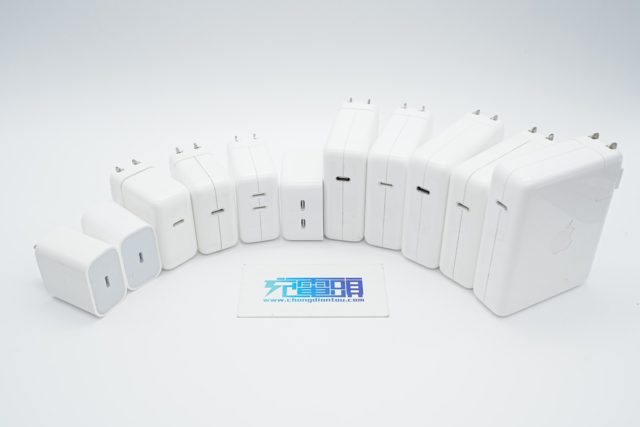 The Chinese website Chongdiantou tested a variety of Apple power adapters on the iPhone 14 and iPhone 14 Pro Max to get useful data about charging speeds and to know the most appropriate charger to charge the new iPhone quickly.

The results were disappointing, as the Chinese site found that Apple's lowest-priced chargers can charge the iPhone 14 and iPhone 14 Pro Max at the same speed as the more expensive chargers, and the differences between them are very slight and not noticeable. 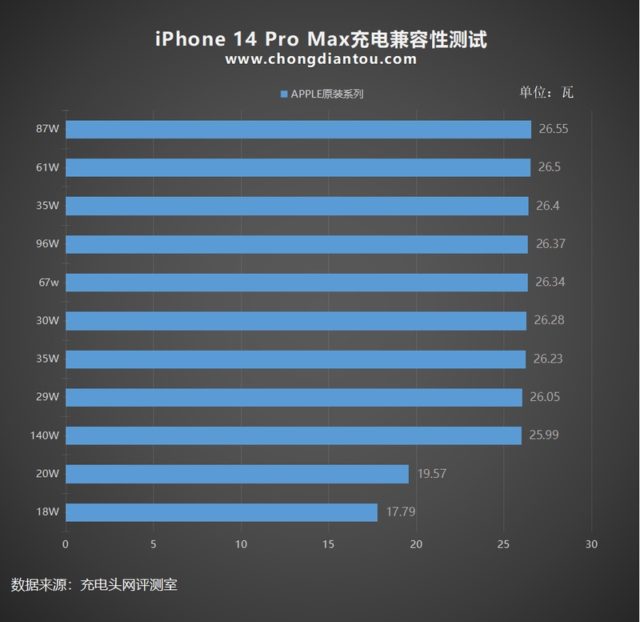 The Chinese site also found that the iPhone 14 Pro Max can achieve a maximum charging speed of about 29W with Apple's older 29W power adapter (designed for the 12-inch MacBook), but this speed occurs within a very short period and is not consistent.

It is reported that both the iPhone 13 and iPhone 13 Pro Max are able to reach charging speeds of up to 23W and 27W respectively, which means that all Apple adapters, whether cheap or expensive, provide similar charging speeds. It is also not high compared to the charging speeds provided by Android phones, however, it may change when Apple uses the USB-C port in the iPhone 15 expected to be unveiled next year 2023.

Finally, Apple no longer provides a charger in the box with its iPhones to preserve the environment (as it claims), but it says that the user is able to charge his iPhone to 50% within 30 to 35 minutes when he uses a charger with a power of 20 watts or higher.

What do you think about the charging speed provided by the iPhone 14 series, do you use fast charging?, tell us in the comments