In the sixties of the last century, when Japan began a period of economic growth in almost all fields, sales began to expand, especially in various fields of industry, and exports began to all countries of the world. These goods required reviews, examination and recording of all their data in records throughout the day and night, and this matter required a tremendous and hard effort to record and write this data. 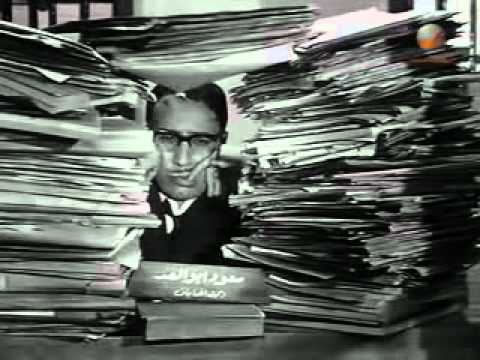 At that time, only the manual method was available, so the cashiers had to record everything with their hands, and this is undoubtedly a grueling suffering for these people, and most of them suffered from some types of anesthesia or pain and possibly paralysis in their fingertips, and many of them had "carpal tunnel syndrome", which is a symptom of severe pain in the hand. Or numbness and tingling, or even things falling from their hands a lot, and other damage to them. These money-changers yearned for a way to relieve them of this burden. The invention of the QR Code provided a definitive solution to these problems.

The use of QR Code is now widespread in all fields, and applications for it have been created on various devices, and this has contributed to its spread a lot. 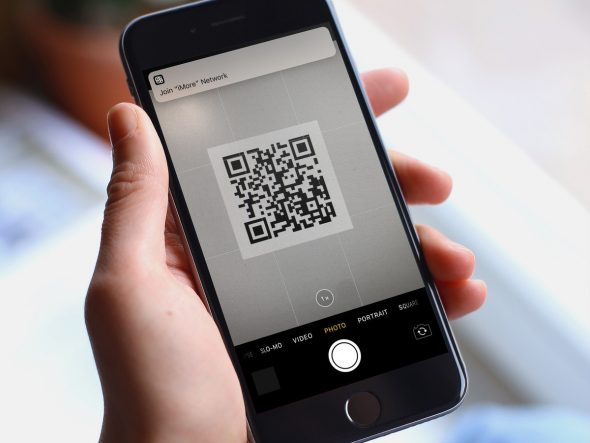 Among the most important uses of it: If you want to know the data of anything, you can only photograph the QR Code box, through this code you can enter the websites, as well as open an application link in the application store, or call a phone number or add it to the phone book, or connect to the Wi-Fi network -Vi, you can send an SMS message, or send an email immediately.

In iOS 11, Apple introduced the feature of scanning the QR Code via the camera application in an easy and fast way, and this undoubtedly will increase the popularity of using QR Code.

How to scan a QR code

◉ Point the phone at the QR code box.

How to disable QR code reading 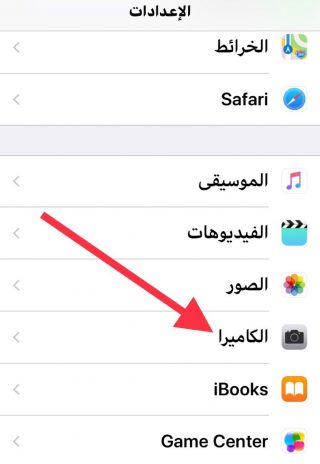 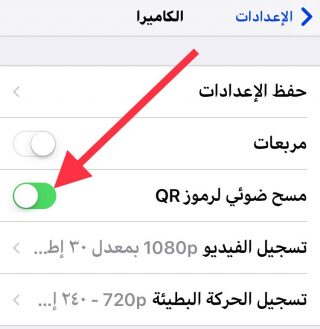 If you are browsing a website and you find a QR Code on it, you can also scan the QR Code from the image by touching it long ...

◉ Press This link To open a QR Code image in Safari

◉ If you are in a sync app, the image must be opened in Safari, so click the Safari icon 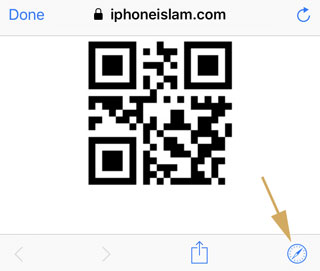 ◉ Then touch the picture and keep your finger on it and not press 3D Touch, but touch 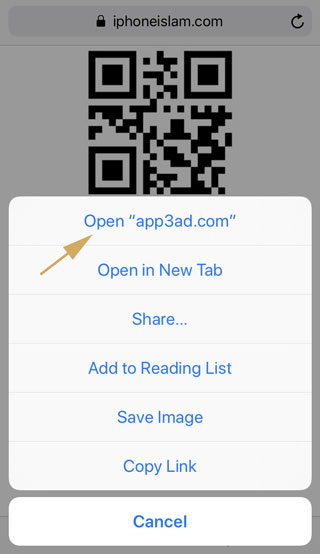 ◉ So, when you are browsing a site on Safari, and you find an image of the QR Code, all you have to do is touch the image for a long time to show you in the first option what this code will lead to.

Have you used the QR Code feature before?