Transferring 25% of the total iPhone production to India 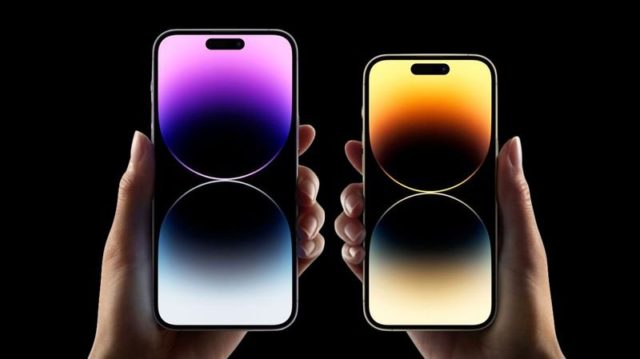 JPMorgan analysts said Apple will move 25% of its entire iPhone production line to India by 2025 as it looks to diversify its supply chain. Apple currently produces some iPhone models in India, including the iPhone 13 and soon the iPhone 14. Apple's supply chain is still largely concentrated in China, but the company has made efforts to move suppliers and production lines elsewhere.

Analysts believe that by late 2022, 5% of iPhone 14 production will be moved to India, with a significant turnaround three years later. In addition to moving 25% of iPhone production to India by 2025, analysts expect Apple to move 25% of other production lines to India, including AirPods, Mac, Apple Watch and iPad. 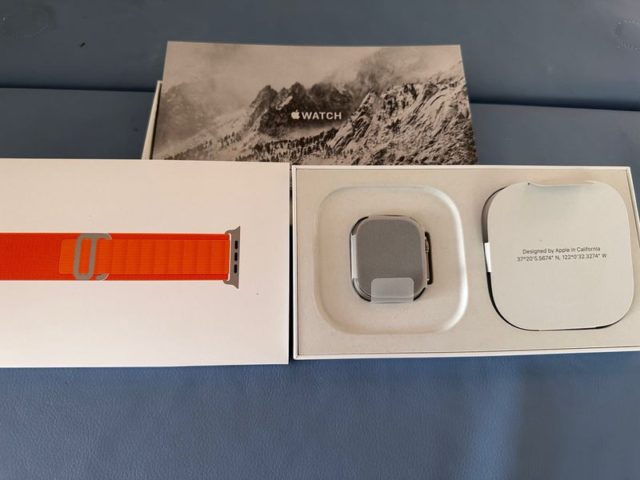 With millions of devices shipped to customers with every Apple launch, sometimes someone is lucky and gets a new product ahead of schedule. This time, he received the Apple Watch Ultra from AT&T two days before the official appearance, where he shared some photos on the social networking site. 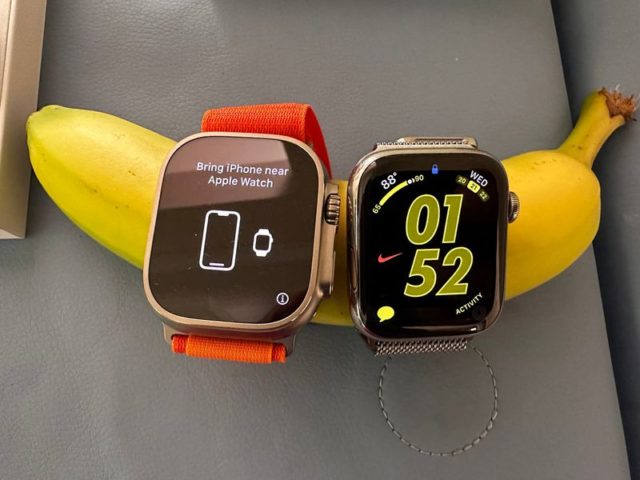 The images include the watch case being opened and its comparisons to the previous generation 45mm Apple Watch, and while we've seen the device in review, it's always good to hear from the actual consumer, and they mention that the watch isn't as big as it was said, and it fits nicely even on a small wrist.

Customers will get the second generation of AirPods Pro on Friday and they will be available in stores as well. Ahead of that date, a video of the new AirPods Pro's case being opened has surfaced on YouTube, providing a closer look at the contents of the package.

The video doesn't reveal anything new other than what Apple said at the conference, the case contains the AirPods Pro, the new charging case with built-in speaker to support Find My, silicone ear tips in sizes ranging from XS to L, and a Lightning to USB-charging cable. C. 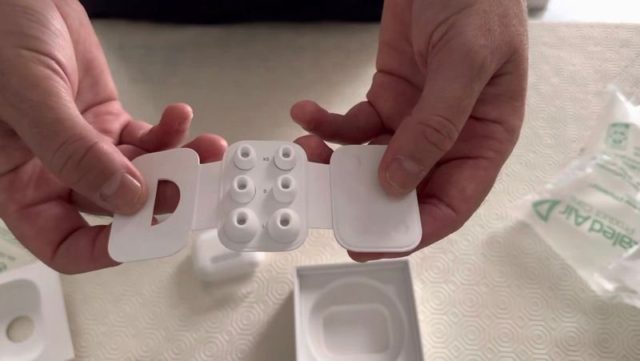 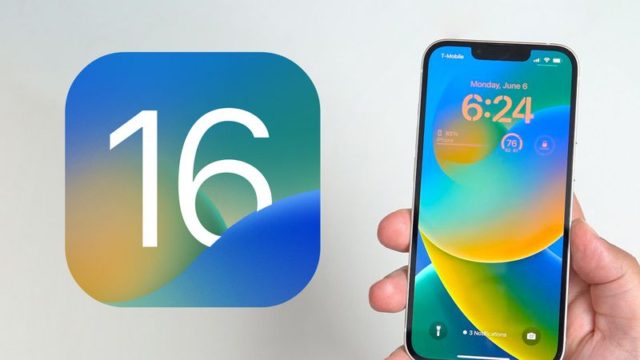 Users are installing iOS 16 at a faster rate than last year's iOS 15 update, according to updated data from analytics firm Mixpanel. Nine days after launch, an estimated 16% of iPhones had ‌iOS 23.26‌ installed, compared to 19.3% for the iOS 15 update just ten days after the devices were launched, due to many reluctance to upgrade due to some bugs. And because of the new features in iOS 16.

Apple allows iPhone users to stay on iOS 15 if desired, and security updates will be available, and an update to iOS 16 isn't required yet. Apple did the same last year with the release of iOS 15, allowing people to stay on iOS 14 for about four months after the update was launched. 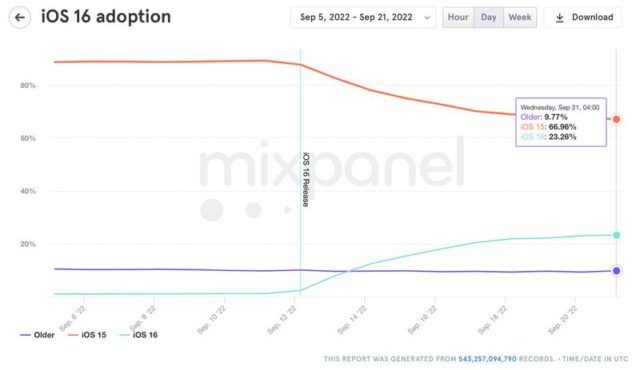 With the increasing adoption of ‌iOS 16‌, iOS 15 update is still on an estimated 66.96% of devices, while more than 9% of devices are still running an older version of iOS. 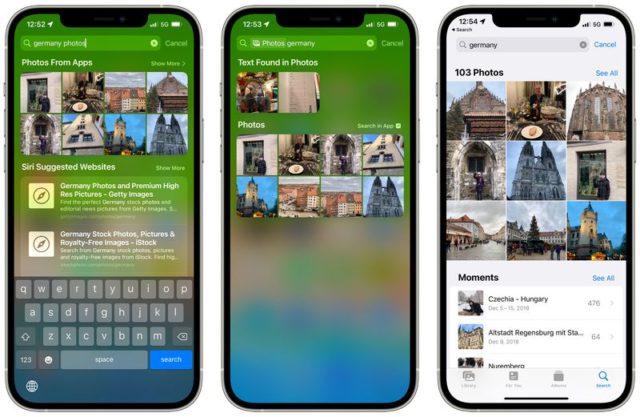 In the days following the release of the iOS 16 update, some users encountered various issues, ranging from slow system performance to battery drain. iPhone 14 Pro users shared issues including camera shake, iMessage activation issues, FaceTime, and more. There are other issues affecting the broader group of iOS 16 users, such as abnormal battery drain, while some have said that the battery is significantly improved from before.

Apple recently admitted that enabling haptic feedback on the keyboard in the iOS 16 update could drain battery life, so users with battery drain can try turning that off if they enable it.

The most notable issue facing iOS 16 users is the slow performance of Spotlight search, users reported that Spotlight sometimes takes up to 10 seconds to load results, and sometimes not at all.

Apple confirmed that it is aware of some issues and has promised to update iOS 16 next week, which will address many of the issues.

The new apps are exclusive to the new Apple Watch Ultra, the Siren app Siren Depth measurement application DepthThe Siren app is designed for emergencies if users are lost or injured to draw attention to their location. When the Ultra watch's Action button is pressed for a long time, the app will emit an 86dB sound that can be heard up to 180 metres.

The Depth app is used during recreational activities underwater up to 40 meters deep, where users can see their current depth, water temperature and duration of stay underwater in addition to the maximum depth they can reach 40 meters, this is what they have reached, the application can be activated automatically once the watch is submerged in water, Or run it manually like any other app.

A YouTube user tested the iPhone 14's collision detection feature and found that the emergency call was working properly. The driverless car was remotely controlled and contained an iPhone 14 Pro. After the collision, the feature was automatically activated but after a delay of seconds until the YouTuber thought it wasn't working, the iPhone then started counting down the SOS call, which was manually canceled by the team before it could call emergency services. 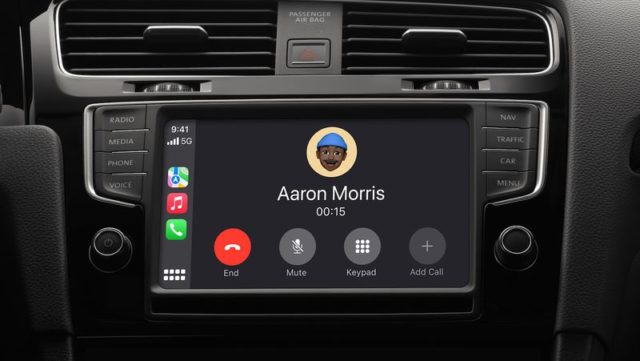 Some early adopters of the devices said they had an issue that prevented them from hearing proper audio during CarPlay phone calls in the car. Most users said that after calling someone via CarPlay using the iPhone 14 and 14 Pro Max, their voice sounded soft or distant on the receiving end of the call.

It is not clear what caused the problem or how many users are affected, Apple will release an update next week with fixes for all incoming issues.

Next year will see phones with Wi-Fi 7 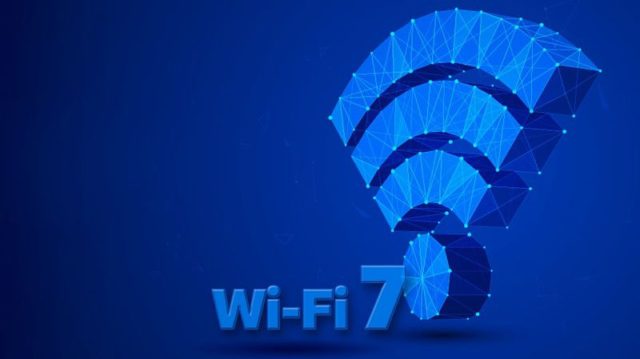 Phones can start to support Wi-Fi 7 starting in 2024, and Wi-Fi 7 can use 320MHz channels and will eventually provide speeds up to 2.4 times that of Wi-Fi 6. It is expected to provide speeds of at least 30 Gbps. It can reach up to 40 gigabits per second. It will provide fast enough speeds for the next generation of augmented and virtual reality, 8K video streaming, and gaming.

In comparison, Wi-Fi 6 boasts speeds of up to 9.6Gbps, and WiFi 5 of up to 3.5Gbps, so WiFi 7 will be a significant improvement when launched. There's no word yet on when Apple will implement Wi-Fi 7, but it's worth noting that Apple hasn't even approved Wi-Fi 6E, which has been available since 2019.

iPhone 14 glass is just as durable as iPhone 13

A YouTuber ran a scratch test on an iPhone 14 using a Mohs scale, and the results were as expected. Apple still uses the same ceramic armor as the iPhone 12 and iPhone 13, and faint scratches were noted at hardness level 6.

There were more noticeable scratches with the Level 7 tool, which is exactly the same result that was observed with the iPhone 13‌ and iPhone 12‌, so there are no improvements to screen durability this year.

The aluminum frame is easily scratched, and the sapphire crystal camera lens is scratched at level 6, which is notable because sapphire is usually rated at 9 on the Mohs hardness scale.

Other YouTubers exposed their iPhone 14s to hammers, knives, screws, and other tools to try to prove durability, but it's hard to get useful information from tests like this. This is because the average user will not hit his phone with a hammer or get injured in it with knives.

PhoneBuff shared a drop test video to see which phones are more durable. These phones feature a glass back in addition to the screen, as Samsung uses Gorilla Glass Victus + and Apple using ceramic shield technology on the front and Gorilla Glass on the back and Apple said that it uses a double ion process in this glass.

In the back-drop test, the iPhone 14 Pro Max was damaged more, both devices kept working, and the screens weren't damaged. In the corner drop test, the tires were damaged, with the S22 having more pronounced bends.

In the front screen drop test, both screens shattered, but the damage on the iPhone 14 Pro Max was limited to one corner, while the S22 Ultra did damage across the entire screen.

◉ Apple has advised manufacturing partner Foxconn to ramp up production of iPhone 14 Pro models due to strong demand, according to analyst Ming-Chi Kuo.